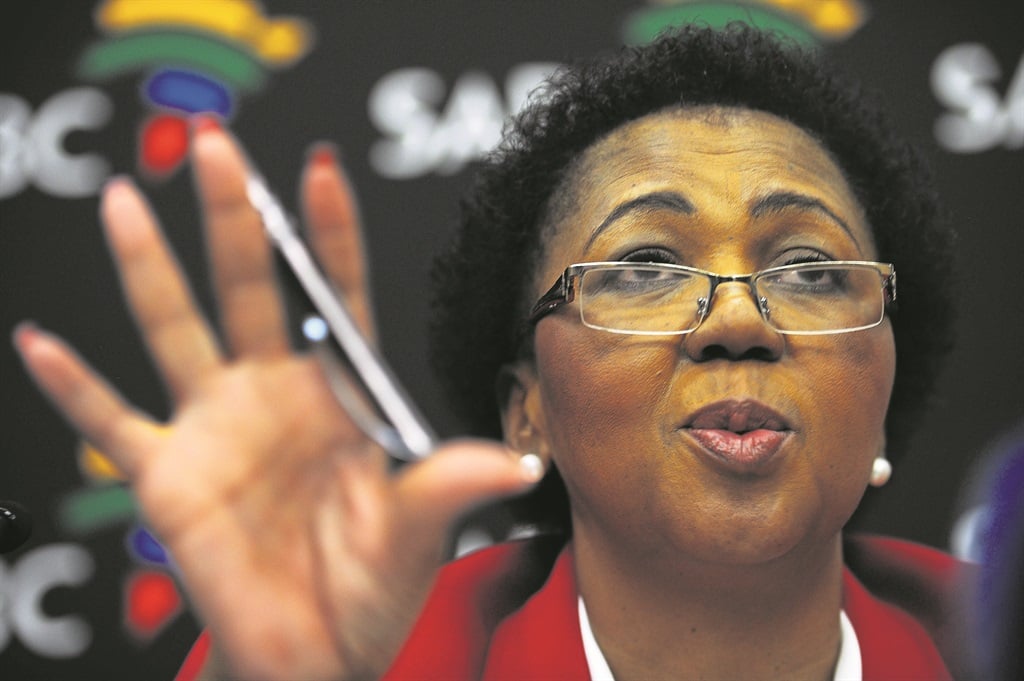 Former SABC COO Hlaudi Motsoeneng believes former board chairperson Ellen Tshabalala should be remembered for transforming the public broadcaster and not for her qualification controversy.

Tshabalala's death was confirmed to News24 by her family. She died after a long illness due to kidney problems.

"It was a long illness, and it was the culmination of a disease she had called DVT [deep vein thrombosis], which led to complications later in life and Covid-19 compounded it and it led to kidney failure," her family said.

Tshabalala was a colourful character who made headlines while chairing the SABC board from 2013 to 2014.

She left the board under a cloud of controversy when a parliamentary inquiry found she had not obtained a B.Com degree from Unisa, a qualification she included when interviewed for the board chairperson position.

READ | Stage 6 load shedding: What it means, and how bad it is

Motsoeneng served as the COO at the SABC while Tshabalala was at the helm of the board. Both he and Tshabalala faced criticism for decisions taken by the SABC. "When she joined the SABC as the chairperson of the board, she came at a difficult time when the previous board had resigned.

"I stood very firm when she came, and the last board suspended me. When she came back, we discussed the challenges at the SABC. I was taken back to do what I do best at the SABC.

"We had a very good relationship, but what I liked about her is that she transformed the SABC, which is why she supported me. We did transform it."

He added the criticism about her qualifications was unfair.

"People are poisoned in their minds about the issue of the qualifications. She was never arrested. I think that notion is wrong. People who are transformers will be targeted."

Tshabalala faced a criminal investigation about her qualifications after the Congress of the People laid fraud charges against her.

Former communications minister Faith Muthambi, who had a close relationship with Tshabalala, said the former board chairperson was a victim of unfair criticism.

She added Tshabalala's corporate experience was masked by unfair attacks on her, especially from the media.

"She had experience in corporate governance. That unfairness from the media, I think that is what contributed to her illness. People were hard on her, and that woman suffered a lot. I was close to her and worked with her," Muthambi said.

We live in a world where facts and fiction get blurred
In times of uncertainty you need journalism you can trust. For 14 free days, you can have access to a world of in-depth analyses, investigative journalism, top opinions and a range of features. Journalism strengthens democracy. Invest in the future today. Thereafter you will be billed R75 per month. You can cancel anytime and if you cancel within 14 days you won't be billed.
Subscribe to News24
Next on News24
Eswatini pro-democracy activists speak on SADC resolution