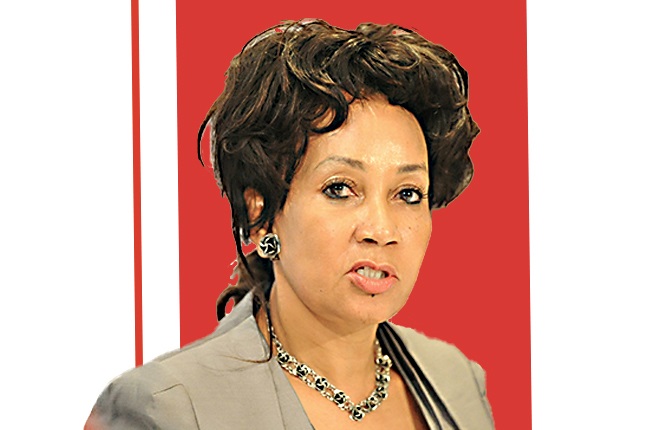 The human settlements, water and sanitation ministry has been one of the integral departments in the relief of communities, especially highly-densified areas, during the Covid-19 lockdown. Minister Lindiwe Sisulu, however, has been distracted by issues surrounding her personal political ambitions of ascending to the top job.

Sisulu was in charge of ensuring safe temporal housing and the access of water and sanitation in impoverished South Africa. Her biggest challenge has been contending with an inherently troubled department, an infrastructure and housing backlog in the midst of a pandemic, and the challenge of drought-stricken provinces.

No achievements can be allocated to Sisulu.

When Sisulu took over, two departments were dogged by allegations of corruption. The allegations included looting in water projects, such as the R2 billion water tender in Lephalale, Limpopo.

Sisulu dissolved the water boards of Umgeni Water in KwaZulu-Natal, Lepelle Northern Water in Limpopo, and the Amatola Water Board in drought-stricken Eastern Cape. It led to an onslaught of legal battles.

Sisulu also made some questionable choices in advisors, including former intelligence chief Mo Shaik, former ministers Bathabile Dlamini and Susan Shabangu, Thami ka Plaatjie (who, with zero engineering or water expertise, was exposed by City Press in a recording, discussing how he and colleagues could drive up water tanker contracts) and Mphumzi Mdekazi.

The minister defended Mdekazi during a bitter public battle with the suspended CEO of the Amatola Water Board, Vuyo Zitumane, who accused him of corruption.

With these political figures, including former minister Gugile Nkwinti, speculation has been rife that Sisulu has been using her department to regain strength on the way to the ANC presidency.

Return to Cabinet ratings
We live in a world where facts and fiction get blurred
In times of uncertainty you need journalism you can trust. For only R75 per month, you have access to a world of in-depth analyses, investigative journalism, top opinions and a range of features. Journalism strengthens democracy. Invest in the future today.
Subscribe to News24
Related Links
R600 million 'committed' to cash-strapped water boards - Lindiwe Sisulu
R20bn for provinces and metros to build houses, provide subsidies
Sisulu appoints Terry Motau to lead team reviewing corruption in water and sanitation dept
Next on News24
Cabinet ratings: President Cyril Ramaphosa