John Carlin: Contrary to widespread belief, Mandela was not God 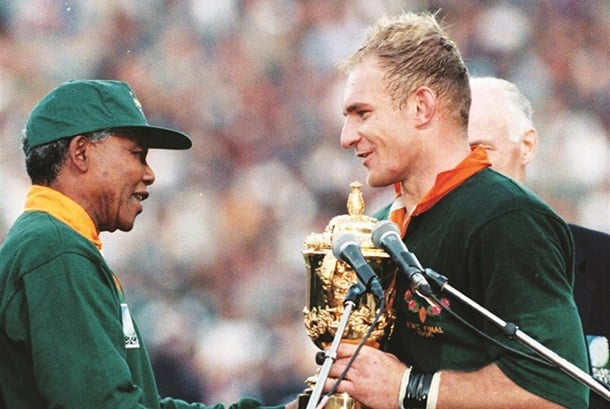 Nelson Mandela’s critics exaggerate his greatness. They seem to believe that he was a magician capable of righting every single one of his country’s wrongs and transforming South Africa, with a swish of his wand, into the perfect society. Out of cowardice or bad judgement, so the critics’ thinking goes, he stopped short of deploying all his abilities, thereby selling out his black compatriots and perpetuating the old system of white privilege.

According to this now commonplace reappraisal of Mandela’s life and times, he was, at best, the most misguided of men. His seemingly fiery first 20 years in the liberation struggle were, in fact, a damp squib; the 27 years he spent in jail, a waste of time; the four years he battled to steer the nation from apartheid to democracy, pointless; the five years he served as president, a historic betrayal.

South Africa being the country with whose people and politics I have felt most engaged, into which I have poured more of myself than anywhere else, I cannot begin to express how irritating I find it that such tomfoolery stalks the land, or how ludicrous it feels that I should find myself under an obligation to respond to the yapping nincompoops who question the honour and integrity and intelligence of the finest political leader South Africa has ever given the world, or ever shall.

But obliged I am, so let us begin by digging up a very old and very simple and too often forgotten lesson: politics, friends and comrades, is the art of the possible. Mandela did not always understand this. Before going to prison he and many of his comrades had thrilled to the idea that they would take power “the Castro way”, overthrowing apartheid by force of arms.

The four walls of his cell shored up his sense of life’s limits and he emerged from prison a wiser man, maturely aware that the best is the enemy of the good, that if you go for your optimum solution you will cause optimum havoc, that in the real world compromise is the wisest route towards the common good. All the more so in the real world of South Africa in the decade between his release from prison and his retirement from the presidency.

Had Mandela emerged from prison in 1990 possessed of the same insurgent mindset with which he went in he would have preached a message not of peace and negotiation, but of war and forced expropriation. This is what the whippersnappers who condemn him today wish he had done. Just as well for them that he didn’t, for they might either have been killed by now or, given their parents’ probable untimely passing, would never have been born.

Had South Africa gone down what some imagine to have been not the Nelson but the Winnie Mandela road, the country would either be a hell of endless conflict today, like Syria or Afghanistan, or a sullen graveyard in which talk of distributing the wealth would be irrelevant nonsense given there would be no wealth left to distribute at all.

Mandela achieved the best possible result for his compatriots in the light of the talents he possessed, the goals that he set himself and the circumstances that he found. What was more, he had the support of the African National Congress leadership – not excluding such erstwhile Communist dreamers as Chris Hani and Joe Slovo or trade union pragmatists like Cyril Ramaphosa.

Mandela’s talent – his genius – was for political persuasion; his life’s goal was to end apartheid and install a stable democracy; the circumstances he found on leaving prison were a white state and a heavily armed white far right capable either of locking up the totality of the ANC leadership or failing that, as Mandela would warn, of drowning the country in blood. The stars were not exactly aligned for the happy, harmonious prosecution of mass nationalisations, the firing of all army and police officers, the forced removals of white farmers, much less for tossing white people into the sea (or worse, to New Zealand).

The last time I saw Mandela was at his home three years before he died. For most of the hour we were together he was in a fog, aged in mind and body, but his mind suddenly cleared when I mentioned the name of Constand Viljoen, the retired general who threatened to mobilise 50 000 men at arms to stop the 1994 elections from taking place, the Boer leader who Mandela eventually persuaded to abandon his “armed struggle” and take part in South Africa’s first all-race elections.

What the 90-year-old Mandela said to me then serves more as a rebuke to his contemporary critics than to those who questioned his judgement at the time. “My people said I was afraid,” he began, with a knowing smile. “They said I was a coward because I reached out to the general, to the Afrikaners. But I did not engage them in the debate. I said nothing to them. I knew I was right. I knew this was the way to peace. And after some time they understood I was right. They have seen the results. We have peace.”

For those of us who were around at the time when Mandela ruled the South African stage, it is a source of never-ending wonder that the peace held. All the conditions were in place, more than in any other country I can think of, for a bloodbath. That Mandela managed not only to avoid a descent into racial war but, in what he identified as the overwhelming objective of his presidency, to lay the foundations for what remains, for all its faults, a free and stable democracy is an achievement for which all future generations should get on their knees and give thanks.

That South Africa remains far from Utopia today, that it remains a shockingly unequal country where much needs to be done to redress past economic injustices: this is God’s own truth. But, contrary to widespread belief, Mandela was not God. He could not do it all. He was merely a mortal political genius who did all he set out to do, leaving an imperishable legacy of democratic leadership that people always and everywhere will seek to emulate, but will never surpass.

- John Carlin is a journalist and author, who deals with both sports and politics. He is the author of Playing the Enemy: Nelson Mandela and the Game that Made a Nation, about former South African president Nelson Mandela. The book became the basis for the 2009 film Invictus.

We live in a world where facts and fiction get blurred
In times of uncertainty you need journalism you can trust. For only R75 per month, you have access to a world of in-depth analyses, investigative journalism, top opinions and a range of features. Journalism strengthens democracy. Invest in the future today.
Subscribe to News24
Related Links
OPINION | It always feels impossible until it's done
Finding Madiba in each of us
Nurture new Nelson Mandelas - a challenge for universities
Next on News24
George Bizos: ‘Greece is the mother of democracy and South Africa, its youngest daughter’ Here are your Lotto and Lotto Plus results
Full list of lottery results
Lockdown For
DAYS
HRS
MINS
Voting Booth
When assisting your child , did you:
Please select an option Oops! Something went wrong, please try again later.
Follow the school's comprehensive sexuality education (CSE) curriculum?
13% - 115 votes
Adjust the CSE curriculum to suit the family's morals?
24% - 207 votes
Ignore the schools CSE programme and do your own teaching?
63% - 537 votes
Previous Results
Podcasts
PODCAST | POLITICS UNMUTED: Turning the spotlight on the media