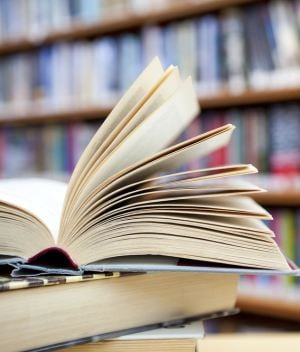 (File)
Shutterstock [http://www.shutterstock.com]
Johannesburg - When a middle-aged South African engineer recently set out to write a novel in his native Zulu, he found himself hamstrung by a lack of words to describe modern life.

Determined not to use English as a crutch, Phiwayinkosi Mbuyazi instead created 450 new words in Zulu, the mother tongue of a quarter of South Africa's 50 million population.

His book, titled Amayiphendleya, is an adventure tale about four teenage boys and the wonders of technology.

For the first time in Zulu history they come across an isilolongamoya - a machine that controls the air temperature, or air conditioner.

They also come to terms with umnukubalo (pollution), and with ubungqonela (colonialism), both words derived from their function or sound.

Mbuyazi said his creations were motivated by a realisation that Zulu has not kept up with the developments in almost all major sectors of knowledge.

"It now lacks the terminology that would allow one to hold a conversation, let alone write a book."
The 41-year-old is dismissive of traditionalists who would keep isiZulu "pure".

"Many people speak proudly about preserving isiZulu but the truth is by keeping it unchanged we are contributing to its death," he said.

"Languages evolve, and isiZulu need not be left behind, otherwise it will become irrelevant," he told AFP.

He hopes that the new words will catch on with the legions people who speak Zulu as a first and second language, and eventually become part of everyday vocabulary.

But the author's own path shows how many hurdles exist.

He had to set up his own publishing company after several mainstream houses turned him down, saying there was "no market for Zulu literature".

A recent industry survey showed no Zulu books were published in 2011, except for religious or school books.

Some 33 books were published in Afrikaans, which is spoken by around seven million people in South Africa.

Creating a market for Zulu readers

But Mbuyazi feels that little has been done to create the market for Zulu readers.
The Oxford University graduate is trying to change that.

He compiles a crossword puzzle for the Sunday Times Zulu edition and wants to use his company, Mbuyazi Publishing, to get Zulu writers published.

So far the company has produced his three books.

Despite its shortfalls, Zulu has some major advantages compared to South Africa's eight other indigenous African languages.

It is the only South African language besides English and Afrikaans in which a major national newspaper is produced.

The first Zulu newspaper Ilanga (The Sun) was published in 1903 by the ANC's founding leader John Langalibalele Dube.

It is still in existence and has faced fierce competition from Isolezwe (The Eye of the Nation), which is owned by Irish media mogul Denis O'Brien.

But while Mbuyazi's work has caught the attention of academics, some of them caution against words being created on the hop.

Professor Nhlanhla Mathonsi who is an African languages researcher at the University of KwaZulu-Natal warned that "people must not make up words just for the sake of it".

"Creating new words takes a deep understanding of the language and it nuances... words should not confuse people but enlighten them," he added.

We live in a world where facts and fiction get blurred
In times of uncertainty you need journalism you can trust. For only R75 per month, you have access to a world of in-depth analyses, investigative journalism, top opinions and a range of features. Journalism strengthens democracy. Invest in the future today.
Subscribe to News24
Related Links
Pen translates while you read
Next on News24
Uber seeks 18-month permit to operate in London - reports

3 bag the jackpot in the Daily Lotto
Full list of lottery results
Lockdown For
DAYS
HRS
MINS
Voting Booth
As a child or as an adult, have you ever been a victim of bullying?
Please select an option Oops! Something went wrong, please try again later.
Yes, at school
55% - 3667 votes
Yes, at work
17% - 1154 votes
No, I've never experienced this
27% - 1825 votes
Previous Results
Podcasts
PODCAST | MISSING MATTHEW EPISODE 3: Decades of false starts add to a family's despair