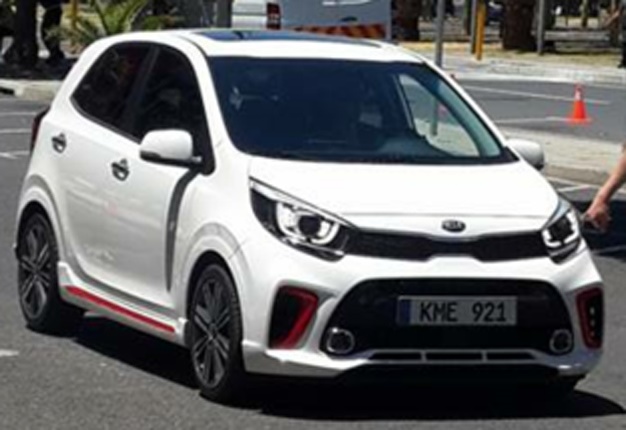 <b> CAR-SPOTTING: </b> Thanks to Pieter Pentz for this photograph of the 2017 Kia Picanto he saw in the Cape Town city centre. <i> Image: Pieter Pentz </i>

Cape Town - Just after we published the first sketches of the third-generation Kia Picanto, we received an email from reader Jan-Nico Kleinhans querying why we only had renderings of the city car.

It turns out that Kleinhans' friend Pieter Pentz had spotted the new A-segment hatch in Cape Town's CBD earlier in December and then Kleinhans saw it in Blouberg at night whilst it was being filmed.

The new car, due to be unveiled in 2017, looks different to the current generation. The exterior is dominated by edgy design details and a new assertive front grille.

We can't wait to see those rear lights too.

These are the renderings:

We live in a world where facts and fiction get blurred
In times of uncertainty you need journalism you can trust. For only R75 per month, you have access to a world of in-depth analyses, investigative journalism, top opinions and a range of features. Journalism strengthens democracy. Invest in the future today.
Subscribe to News24
Related Links
The new 2017 Kia Picanto looks a lot better than the old one
Kia adds new 1.2 LS to Picanto arsenal
Budget Kia Picanto LS in SA: Price, gallery
Next on News24
Dispatch from Senekal: Hard truths about the EFF, farmers, the right wing and crime