Show your salary slip for a suite deal... 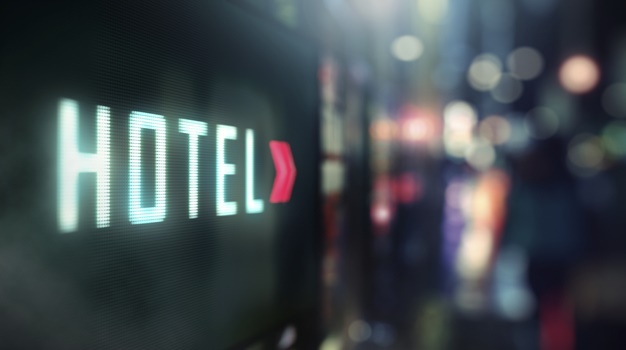 As I sifted through my emails which have been so generously categorized from important to not-so-important – also known as the promotional messages that often end up in the landfill of deleted unread emails – I spotted a Thailand accommodation special from a curated online marketplace.

The marketplace, which is kind of like Groupon before it immigrated out of South African inboxes, had another teaser in my mails for some cabinet or cordless kettle. Of course, because it is the wonderful world wide web and anything is possible, I assumed that my e-mail address went on a pen pal exchange since I had no recollection of signing up for newsletters or deals.

But I am a sucker for a good deal, and this one sounded too good to be true so I clicked on it: Phuket - R899 for 7 Nights’ Accommodation in a Studio Apartment for Two Adults Including Daily Breakfast.

Say what now? R128 for a night for two and that includes breakfast? How is that even possible!

I know Thailand is cheap, but I think it is safe to say that not even a pro extreme-shoestring backpacker will be able to find and bargain their way into a night and onto a dormitory bed with ultra-thin mattresses, dotted with psychedelic neon colours from full moon party preparations, for R128 a night for two, or R64 for one. Including breakfast.

But this place is not a hostel; it’s a studio apartment for Phuket’s sake! On their website they use words like “luxurious”, “exclusive” and “elegant”.  The resort is a two-minute walk from the beach, and the facilities include a pool and a restaurant, the rooms have their own balcony Jacuzzi and you even get your own bathrobes and slippers.

Heck, I don’t even own a bathrobe and my slippers, well, they’ve had their days. And a Jacuzzi? It does indeed sound very “luxurious”, “exclusive” and “elegant”.

Like a digital Sherlock Holmes I clicked on the fine print for further investigation; it’s elementary my dear Watson, there must be a catch when something that’s valued at R16 880 is marked down to R899?

First of all, to qualify, you need to be married, or should be co-habituating for two or more years with the person you’re travelling with.

Now, a marriage you can prove, but co-habituating? What will they do? Conduct a deportation-like immigration interview where they ask you at reception intimate trick questions like which side of the bed your partner sleeps on?

You also need to be between the ages of 30 (prior to check-in) and 65 (prior to check-out), so sucks for you if you wanted to celebrate your 30th in the middle of your vacation, you also can’t travel alone or be on your honeymoon for this promotion.

But here comes the best clause of the fine print.

Your combined annual income must be superior to $50 000 equivalent. Between yourself and your significant other you need to annually earn R673 249; R28 000 per person per month.

But I wonder how it works? Will it be necessary and expected to show your salary slip for a suite deal upon snatching up the offer or when you confirm the dates or when you arrive at the hotel?

Who knows, but they do add: Failure to adhere to the above terms and conditions will result in you being charged the full value rate for your accommodation during your stay.

Your washing machine’s manual, because you never know.

If you think that the reasoning behind the age limit and income requirements is to avoid rowdy backpackers or loud partygoers, think again! The resort is in Patong, in a street that is often described as the heart of Phuket’s sex industry; it is filled with bars, all things loud and skimpy outfits.

And then, part of the fine print and the deal is that you must dedicate at least 90 minutes of your time at the resort to participate in an informative presentation on the benefits of vacationing with the hotel group.  And by participate they actually mean “buy”, because that presentation is a good ol’ fashioned, and very pushy, sales meeting.

I continued on the Sherlock-road and made a pit stop at TripAdvisor; the reviews were mixed.

An accommodation booking site had the hotel listed with only had 3 reviews, one in Japanese, one with no words and just a rating and another review that has been hidden because it doesn’t meet the guidelines.

There is however a good thing about this hotel, they offer complementary earplugs and on another bad review, specifically about the noise from the streets seeping through the resort’s wall, the general manager responded with, “Our complementary ear plugs have proved quite successful but of course they are not to all customers’ tastes.”

Look, I am a sucker for a good deal, but when you hear the words “luxurious”, “exclusive” and “elegant” all next to each other in one sentence, it is best to believe it is synonymous for “too good to be true”.

* Anje Rautenbach is the writer behind the blog Going Somewhere Slowly, find her Facebook,Twitter  or on Instagram!

- A hotel booking site is spying on me...

We live in a world where facts and fiction get blurred
In times of uncertainty you need journalism you can trust. For only R75 per month, you have access to a world of in-depth analyses, investigative journalism, top opinions and a range of features. Journalism strengthens democracy. Invest in the future today.
Subscribe to News24
Related Links
Cape Town photographer's creativity awarded in global drone competition
WATCH: 'Late check-out' SA traveller shoved down stairs by Airbnb host in Amsterdam
UPDATE: OR Tambo 'follow-home' heist sees couple robbed of R50k
Next on News24
WATCH: Travel the world from your phone with these short videos