It might sound redundant: Wildlife is wild. That is kind of their 'thing'.

But not all wildlife is equally as wild.

Just 75km outside Port Elizabeth awaits a luxurious, malaria-free, wildlife experience like no other. Shamwari Game Reserve is one of the largest private conservation initiatives in Southern Africa. By staying here, you feed directly back into conservation.

Home to five of South Africa's seven biomes, the landscape is bushy, almost forest-like. Plains and plains of green roll out before you as you strap-in and enjoy the, often bumpy, rollercoaster ride provided by the dipping hills of this rugged Eastern Cape terrain.

WATCH: The faceless heroes in combat on the frontlines of SA's rhino-poaching war

Here, game drives are not always up close and personal. Knowledgeable rangers dash deep into the bush, giving you the best possible Big 5 angle to snap a shot for the Gram, however animals are approached with caution. Animal space is respected above all. They are left to roam. To be their wildest selves.

It's not this often that you see wild animals this wild. The reserve is not pimping animals out to guests. In turn, ellies and other animals remain calm. (Except when they see a lion approaching, that is). Eagles Crag is but one of the many lodges and camps at this 5-star reserve. Known to be popular with local celebs, it is an all-inclusive sensory-overload experience bursting with luxury.

Come stressed-out and hungry, leave with heartburn and as tame as a newborn kitty cat.

From cheese dripping down your chin after an early morning jaffle at 6:30 am just before a game drive to a dinner fuelled by some of South Africa's premium red wines and steak lovingly prepared by a talented brigade of chefs - here, the small pleasures in life never stop.

WATCH: Pilots fight rhino-poachers from the skies in Kruger

Take-in the breathtaking scenery from the deck and the light that highlights different shades of green and brown as baboons play on the rock faces in front of you. Early mornings provide primetime viewing. 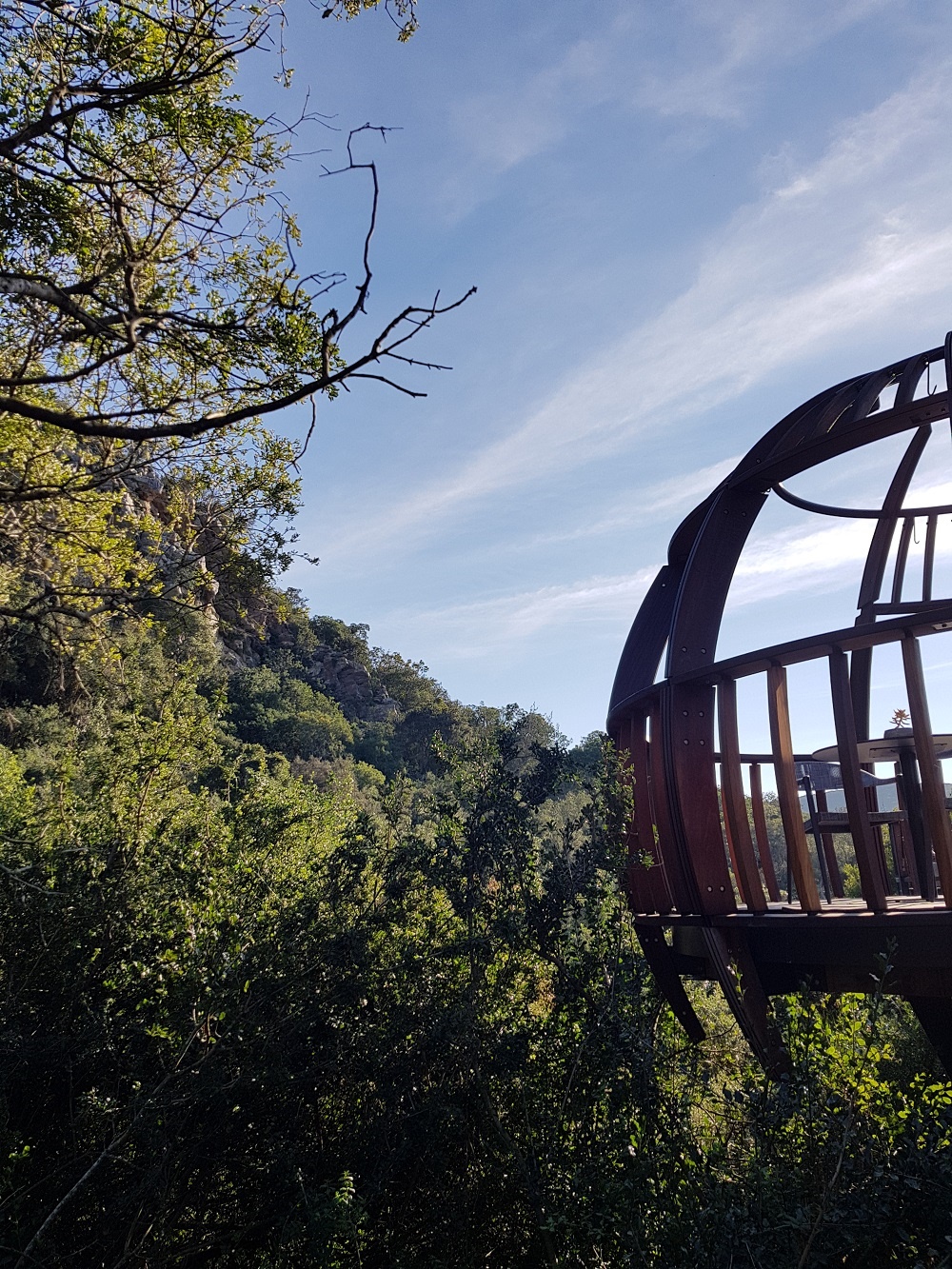 Indulge in privacy, as each room has its very own heated pool with a view, almost-sheltered from the world. Sip on a class of bubbly and listen to birds chirp in the late afternoon in a place so wildly beautiful, you have to experience it yourself. Pour me into a bowl. It was hard to leave. (Just me and my glass of bubbles. PHOTO: Marisa Crous)

Guests are now also able to enjoy insights into the ancient skills and wisdom of San hunter-gatherers during guided bush-walks. Pairs of renowned Ju/’hoansi (pronounced ‘Juun-kwasi’ with a soft ‘J’ and a palatal click for ‘kw’)  trackers from Nyae Nyae in remote north-eastern Namibia will be teaming up Shamwari guides to offer something really special. The Ju/'hoanis are the last of the San people in Southern Africa who still command the full suite of hunter-gatherer skills.

They track and hunt with bow and poisoned arrow, and the fittest amongst them engage in persistence hunting – pursuing an animal until it drops from exhaustion. They have the extraordinary ability – passed from generation to generation for tens of thousands of years – to track wildlife across almost any terrain, interpreting the animal behaviour intimately as they go.

Only a handful of trackers across the Kalahari Basin have been accredited as Indigenous Masters, the highest possible level of accomplishment. Joe Cloete, CEO of Shamwari Private Game Reserve says, “We can imagine no better way to experience the African wilderness than on foot with these custodians of ancient wisdom and unsurpassed skills of tracking and bushcraft.

“Only a handful of bookings are available (SUBS NOTE: dates below) This is a rare opportunity and one to be seized upon and treasured: tracking in the bush with custodians of millennia-old skills, combined with unsurpassed luxury at an Explorer Bush Camp,” says Cloete.

(Watch video above for more info)

The Wildlife Rehabilitation Centre is situated on the reserve and is open to guests who stay at Shamwari. The primary goal is to ultimately return all the animals that are in our care back to the wild, or at least give them the best possible opportunity.

The dedicated team nurses injured and sickly animals back to health, including orphaned rhinos who are there as a result of the poaching epidemic.

"Despite the horrific ordeals these young animals have endured, we have successfully raised and released several into safe environments where they are now helping to grow rhino populations for the future. All species, big or small, are welcomed and embraced by our dedicated team who work tirelessly, day and night. Their reward is a weak orphan drinking for the first time, growing in strength and finally being returned to its natural environment," says Shamwari.

*Disclaimer: Traveller24 writer Marisa Crous was hosted by Shamwari Game Reserve for the duration of her stay.

We live in a world where facts and fiction get blurred
In times of uncertainty you need journalism you can trust. For only R75 per month, you have access to a world of in-depth analyses, investigative journalism, top opinions and a range of features. Journalism strengthens democracy. Invest in the future today.
Subscribe to News24
Related Links
Can you guess the collective nouns for these wild animals?
PICS: Ever seen a wild dog puppy? They are even cuter than you could ever imagine
WATCH: Wild dogs take down impala stuck in mud (Warning: Graphic Content)
Next on News24
Sleepy coastal towns in SA where you can avoid the summer crowds