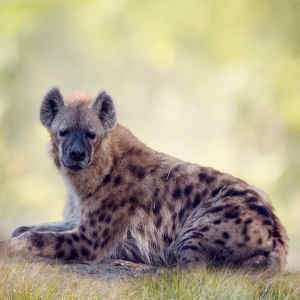 Ethiopia Harar is home to many scavenging spotted hyenas as they roam the streets of the city - locals are accustomed to this.

Their increasing numbers as they get closer to the outskirts of the city have made them a part of the daily society for the people of Harar.

The Hyena Men of Ethiopia

A young Ethiopian man - Abbas Yousef is accustomed to a rather risky tradition - it has been passed on through generations and he was taught to feed the hyenas by his father.

Feeding wild spotted hyenas from his mouth - as he holds a stick in his mouth to lure the Hyena closer.

It is an old tradition within the society that they feed the wild hyenas that roam the ancient walled city of Ethiopia. These wild spotted hyenas are fed from the mouth or hand of Yousef. It appears the 'norm' for the Hyena man as he calls them by the names that they have allocated to each hyena - one would assume that they have become slight used to the notion that there is a source of food available where Yousef lives.

"I have inherited this from my father who was doing it for 40 years" stated Yousef and he adds that " I have grown up with them like family members".

This risky encounter has not stopped tourist from experiencing a full up-close encounter with the hyenas - Abbas and the other 'Hyena men' will sit with tourists in order to bring the Hyenas closer to eat the meat. It may be a rather scary encounter for many as its jaws open above your head to grab the meat on a stick, which is used to lure these wild animals.

This is a daring feat for anyone to undergo as they are wild animals - spotted hyenas are known to be vicious and skilled animals that are able to take down antelope or wildebeest.

The increasing African population paired with the large numbers of spotted Hyenas has led some countries to feeding dead bodies to the hyenas - such as the Masai people of Kenya and Tanzania.

It may surprise you to know that spotted hyenas, being the largest of the three types are more related to cats than dogs.

They are known to be intelligent and brave animals who will raid crops and in most cases are consider as a pest to farmers.

These animals are wild and one should be cautioned when engaging with them.

- WATCH: 40 - Ton Humpback whale leaps entirely out of the ocean!

We live in a world where facts and fiction get blurred
In times of uncertainty you need journalism you can trust. For only R75 per month, you have access to a world of in-depth analyses, investigative journalism, top opinions and a range of features. Journalism strengthens democracy. Invest in the future today.
Subscribe to News24
Related Links
WATCH: Wild dog and hyena punching match
The hyenas Grimm: Cannibal hyenas chew on dead clan member’s head
Kruger tourists keep taking photos outside cars, mere metres from hyena
Next on News24
WATCH: Travel the world from your phone with these short videos