Mngxitama was swimming in a pool of debt, that's how he was captured - Malema 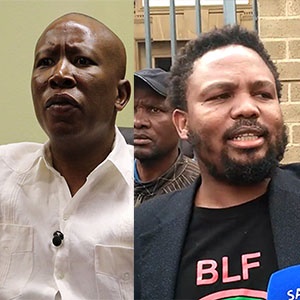 Black First Land First leader Mngxitama did not only meet with the Guptas, he also received an instruction to write an article about BizNews editor Alec Hogg on their behalf.

This has been revealed in the #GuptaLeaks which shows that Mngxitama met with Gupta lieutenant Santosh Choubey in February 2016 and that he asked the family for funding around the same time.