After several transnational flights and hours of being constrained in transport cages, five young lions arrived at their new home - the Lionsrock Big Cat Sanctuary in Bethlehem, South Africa.

The animals arrived at OR Tambo International Airport on Wednesday in the care of personnel from the FELIDA Big Cat Sanctuary in the Netherlands, where they had been homed temporarily.

Their former owner in Romania had kept the animals in inappropriate conditions, without access to proper veterinary care, and even allowed them to be used in music videos. This drew the attention of Four Paws.

"The fact that these lions keep appearing in music videos is outrageous. The uncontrolled breeding and inappropriate keeping conditions are clear signs the owner should not be allowed to keep lions," said Ioana Dungler, the director of wild animals at Four Paws.

The man still has three lions in his possession and refuses to part with them.

On their arrival in South Africa, the animals were given special care and are slowly being introduced to their new environment. 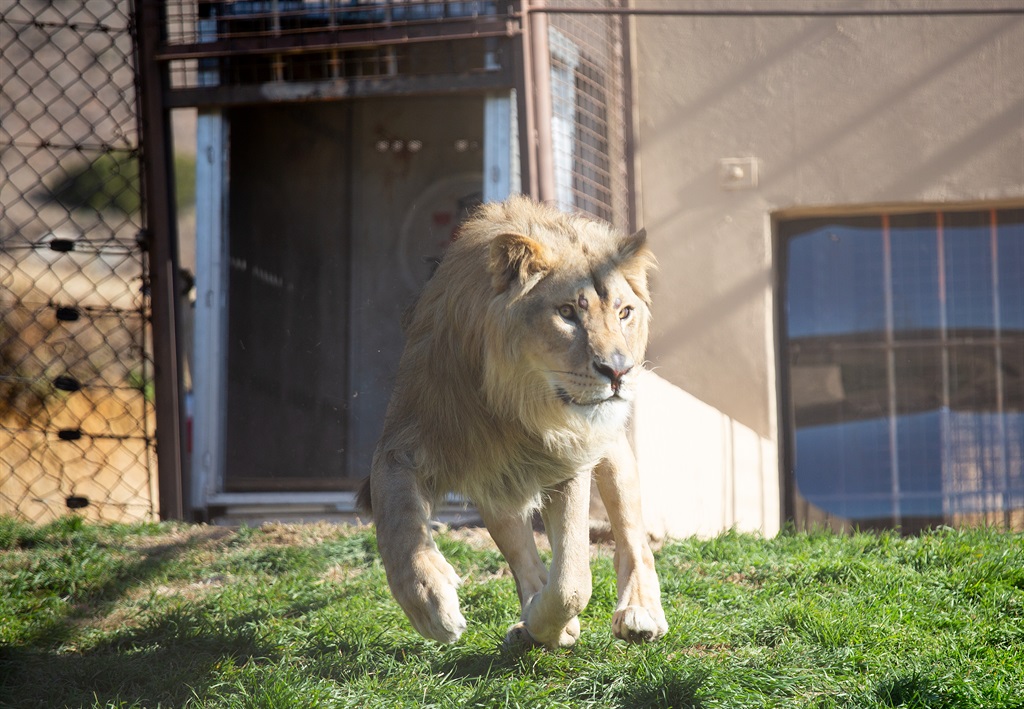 The five lions are relatively young, and preparations have been under way for weeks to ensure an age-appropriate environment.

At Lionsrock, they will begin the rest of their natural lives, along with another 100 big cats at the sanctuary.

"None of these lions had experienced a species-appropriate life in Romania, where they can live as a group, according to their instincts and individual personalities, in spacious, natural surroundings," said Barbara van Genne, who is responsible for wild animal rescue and advocacy at Four Paws. The lions were released into their enclosure at Lionsrock after being transferred from FELIDA Big Cat Sanctuary in The Netherlands.
Supplied Daniel Borne / Four Paws Ellie is released into her enclosure at Lionsrock.
Supplied Daniel Borne / Four Paws

"At Lionsrock, they can explore, roam around and play, but will also have a place to hide if they want. It is bitter-sweet that these five lions get this opportunity, but that their little brother is still stuck being kept as a pet and abused for video clips," she said.