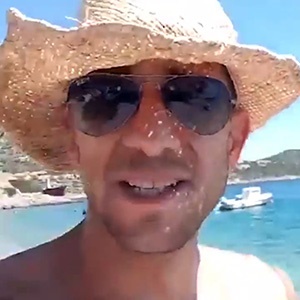 South Africans on Twitter are mocking racist beachgoer Adam Catzavelos after he filmed himself boasting about being on a Greek beach where there isn't a single black person.

In the original video, Catzavelos gives a "weather forecast", adding "amazing sea and not one k****r in sight".

He has since been fired from the family business, St George's Fine Foods, and one client of the company has already decided to find another supplier.

"We had a conference call and we are disassociating ourselves immediately from St George's," Butcher Boys director Derryck Myers told News24.

"We do not support what Adam has done," he added.