It's easy to spot the fruits of 30-year-old Vusi Mqenya's labour in Jacobsbaai in the Western Cape, where he works as a gardener. When News24 met up with him in the small coastal town, the smell of freshly cut lawn filled the air.

"When I didn't have this job, I used to just stay at home, but now I come to Jacobsbaai to do gardening," he told News24.

Mqenya tends to a few gardens in the area. He got his first gardening gig here.

Vusi does a lot of things. He is very handy and has helped us with painting jobs and other things as well, but mainly he is our gardener.

Skilled as he might be at his job, Mqenya has another deep-rooted passion – kwaito music.

And his beats have turned a few heads.

When Mqenya asked to take a day off in March this year to record some music, Van der Merwe and her husband, Wim, were intrigued. Wim also loves music.

"Wim asked him to send us some of the music that he does. And that's how we became aware of Vusi's talent," Van der Merwe said.

Mqenya's love for music started at an early age.

When I was growing up in Zimbabwe, my uncle was making music. He taught me about music, and then he taught me how to play music. Then I started making my own music, using downloaded beats.

After moving to Vredenburg in his early twenties, he couldn't resist approaching a group of young musicians performing in the community.

"I used to see the guys doing small shows, and I asked if I could join them. One of them was my cousin, and he said it would be cool if I joined."

Since then, Mqenya, also known as Man Vee, has been writing music and recording original kwaito songs in his friend's home studio. 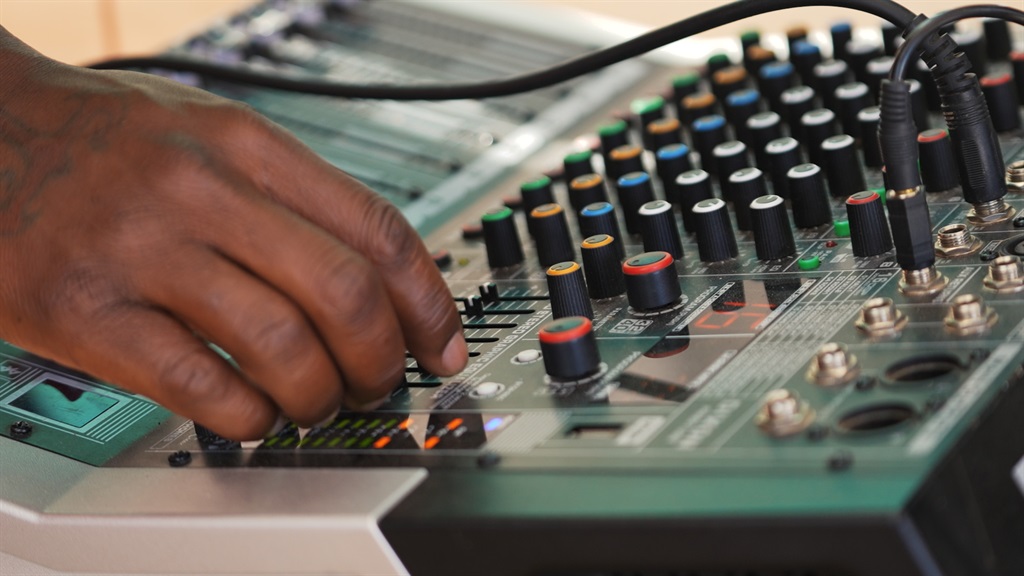 And when the time came to make a music video, he approached the Van der Merwes with his idea.

"I have a very silly little Canon camera, and Vusi asked us if he could borrow it to make a music video," she said.

"He takes every opportunity that he gets. Something like a camera that I don't even regard as great. It's just a camera for snapping family photos, and they made such a great video with it. His music has not left the borders of Vredenburg, where he lives, and the residents are his biggest fans.
Supplied PHOTO: Philip Janikowski "To me, it was just such a symbol of him grasping every single opportunity he has and making something so fantastic out of it," she said.

Mqenya wears his headphones while working, and music seemingly gives him the boost he needs to get through his daily work.

And, inspiration has struck him in the garden too.

While I was working in the garden of Annemarie, I thought of the music for a song. When I went home, I wrote my first chorus. When I came to work the next day, I was still listening to the same beat of that song. This time, while listening to the beat, I wrote the whole song. It was nice for me because this song came from the garden.

We live in a world where facts and fiction get blurred
In times of uncertainty you need journalism you can trust. For only R75 per month, you have access to a world of in-depth analyses, investigative journalism, top opinions and a range of features. Journalism strengthens democracy. Invest in the future today.
Subscribe to News24
Next on News24
WATCH | Pandemic gives uniform manufacturer's business growth and happy returns