Police Minister Bheki Cele visited the Bellville taxi rank in Cape Town on Thursday morning, where he launched the festive season readiness campaign ahead of the holidays.

Cele spoke to the public, taxi drivers and informal traders at the commuter hub.

Other top-of-the-list of priorities include curbing gender-based violence and creating a safe environment for women.

"Please be there for them. Please listen to their cries… For some reason, our women are under attack," Cele said.

The minister urged officers to enforce Covid-19 compliance while out on patrol as the country experiences a second wave of infections. 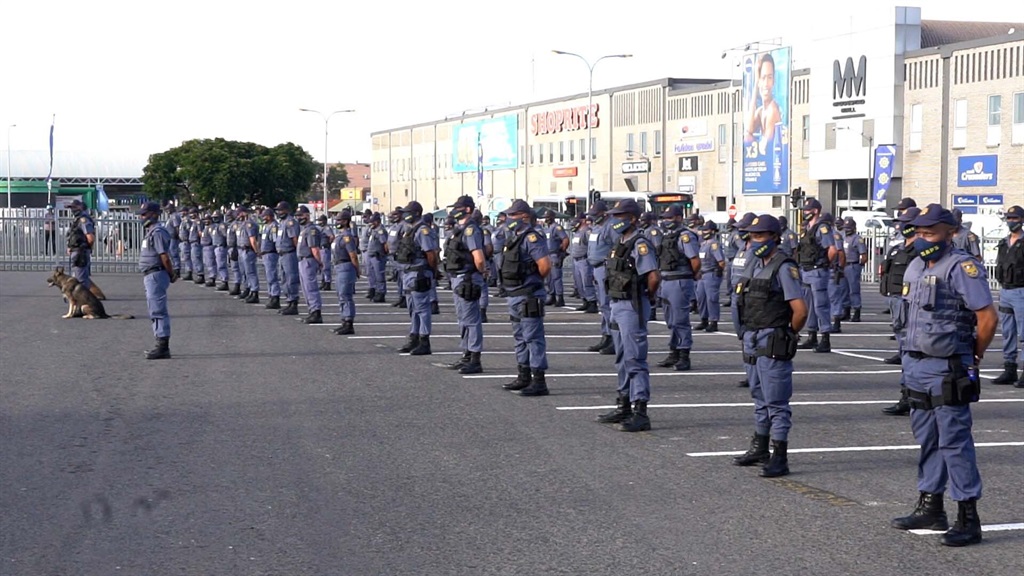 "More than 270 members have been killed and 18 000 infected. So take care of yourself as you take care of the community," he said.

Cele also asked that police make the lives of criminals miserable as they enforce the law over the festive season.

"Where is your mask? If we see you without a mask, we will lock you up from 15 December to 15 January," he quipped as he meandered through the crowd.

Crowds followed the minister as he made his way through the taxi rank and bus terminus.

Shannon September told News24 she was happy to see the minister. "I am very proud of him for coming here. Now he can see what is going on here," she said.

September, who lives in Bellville, said she hopes that police can be more vigilant and active during the festive season.

Phatheka Zwakala was excited when Cele stopped to have a chat with her.

"I don't know what to say, I am glad that there are so many police officers around. There is always chaos here in this place," she said.

The Bellville taxi rank has been closed several times this year due to incidents of alleged taxi violence.

Zwakala said her talk with the minister gave hope that the streets will be safer during the festive season.

We live in a world where facts and fiction get blurred
In times of uncertainty you need journalism you can trust. For 14 free days, you can have access to a world of in-depth analyses, investigative journalism, top opinions and a range of features. Journalism strengthens democracy. Invest in the future today. Thereafter you will be billed R75 per month. You can cancel anytime and if you cancel within 14 days you won't be billed.
Subscribe to News24
Next on News24
WATCH | It wasn't the crocodile's fault, says KZN wrangler who was bitten during live show