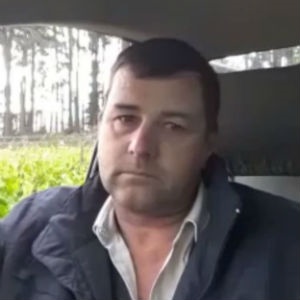 Chris Loubser, a farm manager on the farm of a well-known Franschoek businessman, made this emotional video, in which he pleads with South Africans to wear black next Monday to commemorate the lives of those killed in farm attacks. Watch.

Loubser's video was done in honour of 47-year-old wine farmer Joubert Conradie, who was shot in the early hours of Tuesday on his farm in Klapmuts, and later died at the Stellenbosch Mediclinic after succumbing to his injuries.

"The victim reacted to a noise in his residence [just before 01:00] when he was attacked and shot by unknown suspects, who fled empty handed," police said in a statement.

Conradie's murder hit home for Loubser. In the video he expresses his hope that a minute's silence could be observed for the slain farmers before Saturday's Currie Cup final. AfriForum and AgriSA have joined the call for South Africans to support the cause.

We live in a world where facts and fiction get blurred
In times of uncertainty you need journalism you can trust. For 14 free days, you can have access to a world of in-depth analyses, investigative journalism, top opinions and a range of features. Journalism strengthens democracy. Invest in the future today. Thereafter you will be billed R75 per month. You can cancel anytime and if you cancel within 14 days you won't be billed.
Subscribe to News24
Related Links
Pretoria company comes to the rescue of drought-stricken West Coast farmers
WATCH: Black farmers confined to the informal sector for too long - Zuma
Next on News24
PODCAST | The Story: DNA evidence crucial in Krugersdorp gang rape case