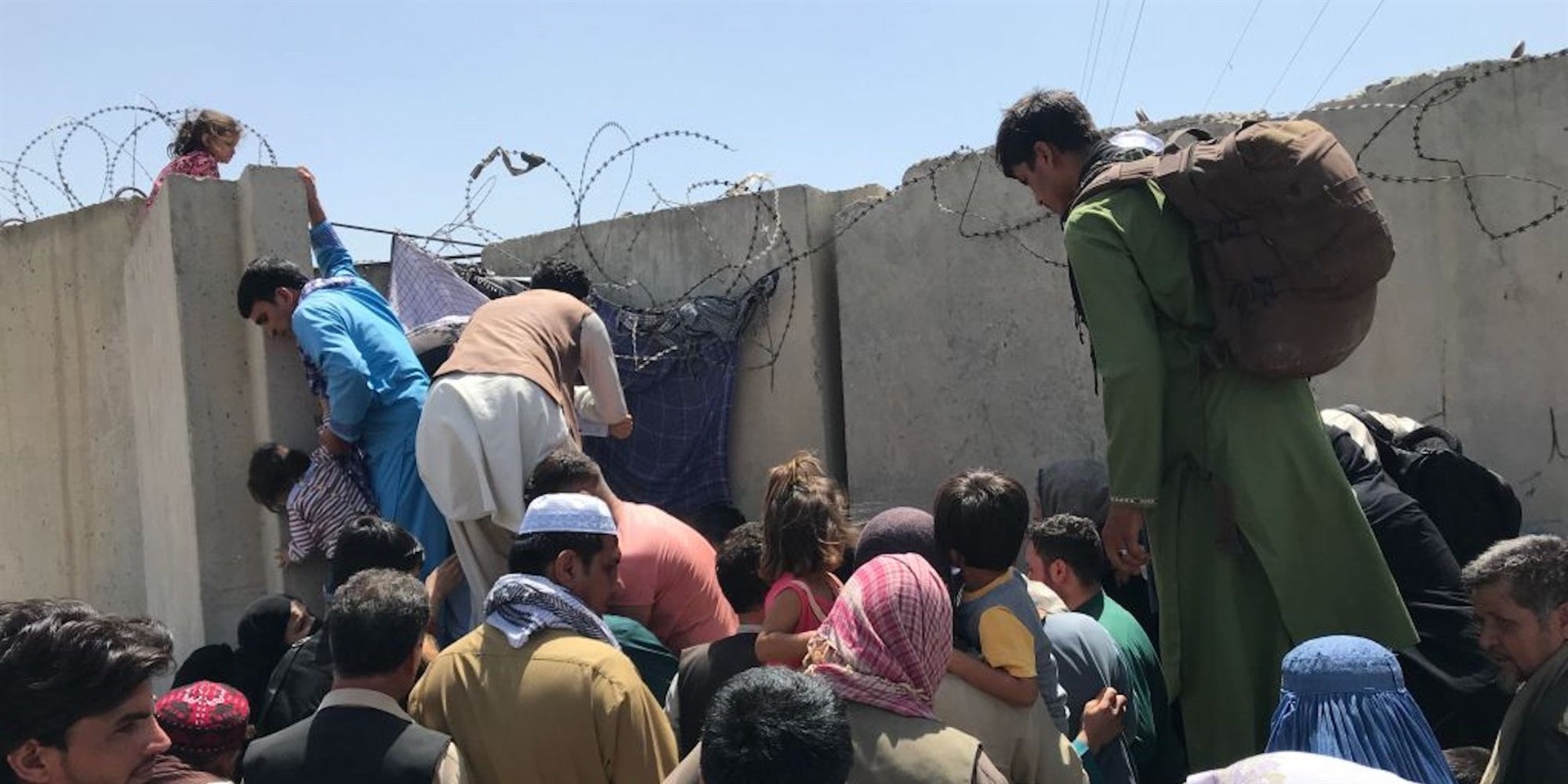 People struggle to get into Hamid Karzai International Airport after the Taliban captured Kabul, Afghanistan, in August 2021.
STR/NurPhoto via Getty Images

The administration of United States President Joe Biden is planning to split $7bn in frozen Afghan funds between humanitarian aid for the country and victims of the 11 September attacks who have been seeking to seize the funds in court, according to reports.

Biden will sign an executive order on Friday that will allow half of the funds, which were frozen after the Taliban took power in Afghanistan in August of last year, to be used to help Afghan people while bypassing the Taliban, sources told the New York Times, the Reuters news agency, and The Associated Press.

The other half of the funds will remain in the US subject to ongoing litigation by families of 11 September victims, who have argued they are entitled to the sum due to a previous default judgement against the Taliban.

The reports come as the US government faces a court deadline to state its position on the lawsuits.

Washington has continued to resist Taliban calls to release the funds.

The US does not recognise the group as the legitimate government in Afghanistan and continues to designate the Taliban as a “terrorist organisation”, which further prevents the transfer of funds.

Still, the administration has faced pressure to use the funds to help with the ongoing humanitarian crisis in the country.

The United Nations has said 96 percent of Afghans could fall into poverty in 2022.

The World Food Programme has said only 2 percent of Afghans have food.