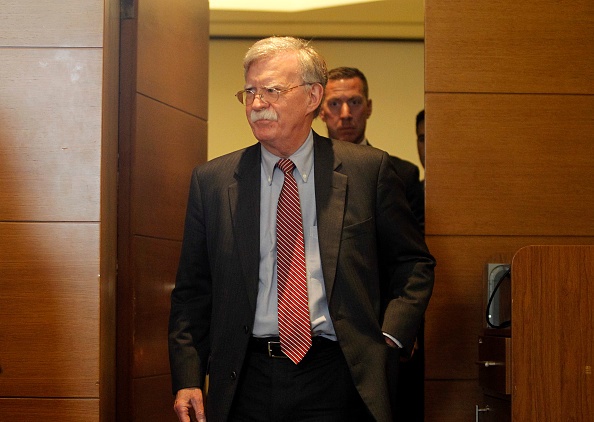 Former Trump National Security Advisor John Bolton said the White House denied him access to his Twitter account after his dismissal in early September, in a series of tweets that signal his return to the social media site.

"Since resigning as National Security Advisor, the White House has refused to return access to my personal Twitter account. Out of fear of what I may say?" Bolton wrote on Friday.

Prior to Friday's series of tweets, nothing had been published by Bolton since September 10, the day the US president announced his dismissal.

"To those who speculated I went into hiding, I'm sorry to disappoint!" he added.

The White House swept aside the charges, with spokeswoman Stephanie Grisham suggesting Bolton simply didn't know how to use the platform.

"Sometimes, I'll use my father as an example," she told a Fox Business Network discussion program.

"Somebody who is of an advanced age may not understand all you have to do is contact Twitter and reset your password if you've forgotten it."

Since being dismissed, 71-year-old John Bolton has disagreed with the US president's strategy on North Korea.

Early on Friday, the former diplomat announced his return to Twitter with an enigmatic message: "Glad to be back on Twitter after more than two months. For the backstory, stay tuned...".

We live in a world where facts and fiction get blurred
In times of uncertainty you need journalism you can trust. For only R75 per month, you have access to a world of in-depth analyses, investigative journalism, top opinions and a range of features. Journalism strengthens democracy. Invest in the future today.
Subscribe to News24
Related Links
Trump impeachment probe: John Bolton asked to testify
Trump fires hawkish national security chief Bolton
John Bolton to Israel and Turkey to discuss Syria pullout
Next on News24
US Capitol: Expert report on attack says building needs 'mobile fencing', stronger police force