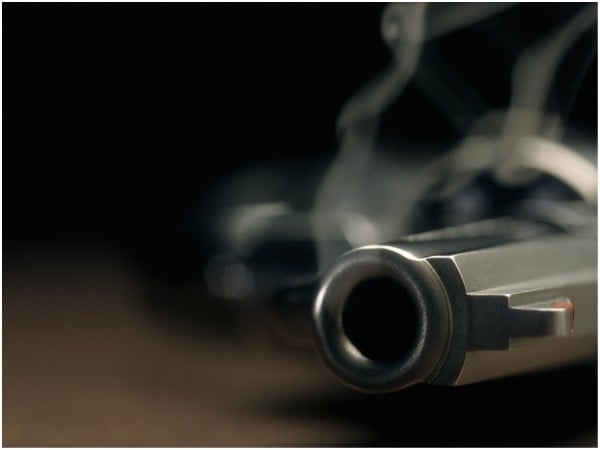 Armed men killed four police officers and wounded another four as they freed a leader of the notorious MS-13 gang from a court in Honduras, authorities said.

Around 20 gang members opened fire on Thursday outside a court in El Progreso, around 140km north of the capital Tegucigalpa, the security ministry said in a statement released later that day.

During the attack, Alexander Mendoza, known by his alias "Porkys," was able to escape.

He had been in prison since December 2015 and was serving a 20-year sentence for murdering two prosecutors.

The security ministry offered a reward of one million lempiras ($39 000) "to the person who provides conclusive information leading to the immediate recapture" of Mendoza, who was described as "a dangerous criminal."

MS-13, also known as Mara Salvatrucha, alongside other gangs such as Barrio 18 and drug traffickers have turned Honduras into one of the most dangerous countries in the world.

Its 2019 murder rate of 44 per 100 000 inhabitants was one of the highest in the world and is partly responsible for the waves of migrants fleeing towards the United States in search of a better life. 5 players bag R42k in Daily Lotto jackpot
Full list of lottery results
Lockdown For
DAYS
HRS
MINS
Voting Booth
Have you downloaded the Covid-19 tracing app?
Please select an option Oops! Something went wrong, please try again later.
Yes I have
13% - 271 votes
No, and I will not be downloading it
76% - 1545 votes
Not yet, but I plan to
10% - 213 votes
Previous Results
Podcasts
PODCAST | THE STORY: Where to now for ANC jetsetters who hitched a ride on SAAF plane?