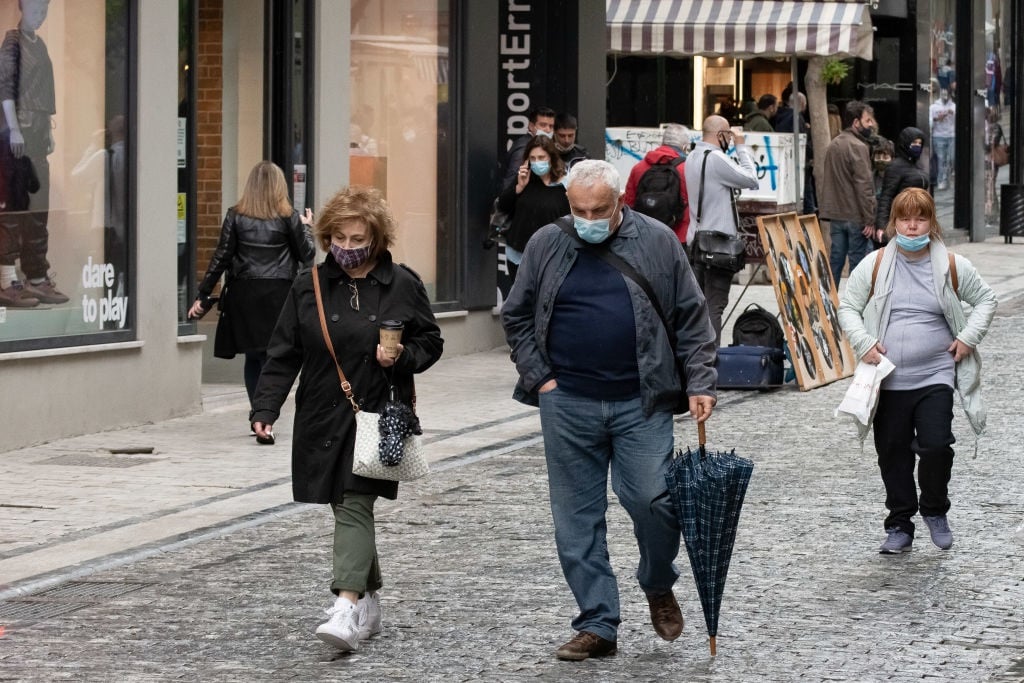 Greece has become the latest European nation to detect a case of the Covid-19 variant that has helped drive an explosion in infections in India. (Photo by Nikolas Kokovlis/NurPhoto via Getty Images)

Greece has become the latest European nation to detect a case of the Covid-19 variant that has helped drive an explosion in infections in India, authorities said on Sunday.

The country's public health agency said in a statement that the virus strain was detected in a foreign woman aged 33 who lives in the Athens area and had travelled to Dubai on April 4.

The woman had a negative PCR virus test result when she left Dubai, the agency said, adding that the variant was detected during a large collection of samples by health services.

"It is the first case of the Indian variant in Greece," a source in the Greek health ministry told AFP on condition of anonymity.

The woman had symptoms but was not hospitalised, the agency statement said. Her symptoms have since subsided and her period of quarantine is over.

"The B.1.617.1 strain was isolated and originates from Maharashtra in India, the region where this variant was first known by this name," it said.

Switzerland on Saturday reported having detected its first case of the Indian variant.

Belgian authorities on Thursday said a group of 20 Indian nursing students who arrived from Paris had tested positive for the variant in the country.

A number of countries have suspended flights from India.

We live in a world where facts and fiction get blurred
In times of uncertainty you need journalism you can trust. For 14 free days, you can have access to a world of in-depth analyses, investigative journalism, top opinions and a range of features. Journalism strengthens democracy. Invest in the future today. Thereafter you will be billed R75 per month. You can cancel anytime and if you cancel within 14 days you won't be billed.
Subscribe to News24
Next on News24
Teacher in India allegedly kills student over spelling mistake in possible caste-based attack