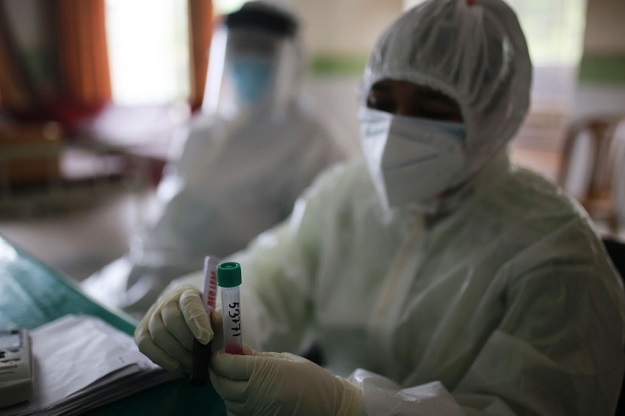 Global coronavirus cases exceeded 11 million on Friday, according to a Reuters tally, marking another milestone in the spread of the disease that has killed more than half a million people in seven months.

The number of cases is more than double the figure for severe influenza illnesses recorded annually, according to the World Health Organization.

Many hard-hit countries are easing lockdowns put in place to slow the spread of the coronavirus while making extensive alterations to work and social life that could last for a year or more until a vaccine is available.

Some countries are experiencing a resurgence in infections, leading authorities to partially reinstate lockdowns, in what experts say could be a recurring pattern into 2021.

The US reported more than 55 400 new Covid-19 cases on Thursday, a new daily global record as infections rose in a majority of states. Several US governors halted plans to reopen their state economies in the face of a surge in cases.

Almost a quarter of the known global deaths have occurred in the US- nearly 129 000.

Latin America, where Brazil has 1.5 million cases, makes up 23% of the global total of people infected. India has become the new epicenter in Asia, rising to 625 000 cases.

Asia and the Middle East have around 12% and 9% respectively, according to the Reuters tally, which uses government reports.

In some countries with limited testing capabilities, case numbers reflect a small proportion of total infections. Roughly half of people reported to have been infected are known to have recovered.

Worldwide, there have been more than 520 000 deaths linked to the disease so far, roughly the same as the number of influenza deaths reported annually.

The pandemic has now entered a new phase, with India and Brazil battling outbreaks of over 10 000 cases a day, putting a major strain on resources.

Countries including China, New Zealand and Australia have experienced new outbreaks in the past month, despite largely quashing local transmission.

WHO to soon receive results from Covid-19 drug trials

The World Health Organisation (WHO) should soon get results from clinical trials it is conducting of drugs that might be effective in treating Covid-19 patients, its Director General Tedros Adhanom Ghebreyesus says, Reuters reports.

"Nearly 5 500 patients in 39 countries have so far been recruited into the Solidarity trial," he told a news briefing, referring to clinical studies the UN agency is conducting.

"We expect interim results within the next two weeks."

Earlier this month, it stopped the arm testing hydroxychloroquine, after studies indicated it showed no benefit in those who have the disease, but more work is still needed to see whether it may be effective as a preventative medicine.

There is no proven vaccine against the disease now, while 18 potential candidates are being tested on humans.

Remdesivir treatment gets conditional clearance from the EU

The European Commission said on Friday it had given conditional approval for the use of antiviral remdesivir in severe Covid-19 patients following an accelerated review process, making it the region's first therapy to be authorised to treat the virus, Reuters reports.

The move comes just a week after the European Medicines Agency (EMA) gave its go-ahead for the drug produced by Gilead Sciences to be use in adults and adolescents from 12 years of age who are also suffering from pneumonia and require oxygen support.

It also comes just days after the company allocated nearly all of its supply of the antiviral to the US over the next three months, stirring concerns about availability elsewhere.

"We will leave no stone unturned in our efforts to secure efficient treatments or vaccine against the coronavirus," said Stella Kyriakides, EU Commissioner for Health and Food Safety, in a statement.

The Commission said on Wednesday it was in negotiations with Gilead to obtain doses of remdesivir for the 27 European Union countries.

A conditional marketing authorisation is one of the EU regulatory mechanisms created to facilitate early access to medicines that fulfil an unmet medical need, including those for emergency situations in response to public health threats such as the current pandemic, the Commission said.

The agency reviews data as they become available on a rolling basis, while development is still ongoing. The EMA's rolling review begun at the end of April.

Remdesivir is in high demand after the intravenously-administered medicine helped to shorten hospital recovery times in a clinical trial. It is believed to be most effective in treating Covid-19 patients earlier in the course of disease than other therapies like the steroid dexamethasone.

Still, because remdesivir is given intravenously over at least a five-day period it is generally being used on patients sick enough to require hospitalisation.

Saudi Arabia passed the grim milestone of 200 000 confirmed novel coronavirus cases, the health ministry said Friday, weeks ahead of an annual hajj pilgrimage drastically cut back because of the pandemic, AFP reports.

Amid tight restrictions to rein in the pandemic, the kingdom has said it would only allow around 1 000 worshippers already present in the kingdom to take part in the annual hajj pilgrimage later this month.

In 2019, the rite attracted over 2.5 million Muslim pilgrims from around the world.

This year's hajj will take place under strict hygiene protocols, with access restricted to pilgrims under 65 years old and without any chronic illnesses.

Pilgrims will be tested on their arrival in the holy city of Mecca, and following the ritual they will go into quarantine in their homes.

Saudi Arabia has seen an uptick in both confirmed infections and deaths from the Covid-19 illness since easing movement restrictions in late May.

It has yet to restore international air links.

Reuters reports that people who recovered from coronavirus infections in Argentina have volunteered to donate plasma as part of a national clinical trial to test its effectiveness as a treatment for patients who are still sick with Covid-19.

Recovered people came to centers across the country to donate, even as winter settles on the South American nation, bringing cold temperatures and rainy weather.

To donate, a person has to be well for at least 14 days and test negative twice for coronavirus.

Argentina has about 67 000 cases of coronavirus and more than 1 300 associated deaths, according to government data. At least 23 000 people have recovered.

We live in a world where facts and fiction get blurred
In times of uncertainty you need journalism you can trust. For only R75 per month, you have access to a world of in-depth analyses, investigative journalism, top opinions and a range of features. Journalism strengthens democracy. Invest in the future today.
Subscribe to News24
Related Links
WATCH | 'If I had my way I would've quarantined at home' - Patient relishes leaving field hospital
Covid-19 hotspots: Joburg residents to be relocated in next 4 months, says Mayor Makhubo
WATCH | Rugby World Cup hero Siya Kolisi leads Stormers into battle against Covid-19
Next on News24
Pandemic 'far from finished': WHO