A young woman in a medical mask looks at hand fans in a souvenir shop in Beijing, China.
Artyom Ivanov\TASS via Getty Images

The US on Tuesday ordered the suspension of all flights by Chinese airlines into and out of the country after Beijing failed to allow American carriers to resume service to China, AFP reports.

"US carriers have asked to resume passenger service, beginning June 1st. The Chinese government's failure to approve their requests is a violation of our Air Transport Agreement," the US Transportation Department said in a statement.

The suspension order takes effect 16 June, but could be implemented sooner if US President Donald Trump orders it to be.

Sweden admits virus response could have been better

AFP reports that Sweden's top epidemiologist said Wednesday there was room for improvement in the country's controversial softer approach to curbing the spread of Covid-19, but maintained he still had faith in the strategy.

Anders Tegnell, the public face of Sweden's virus response, defended the decision not to impose the strict lockdowns seen in other countries. But as more information had become available, adjustments to the strategy could have been made, he added.

"If we were to encounter the same disease with everything we know about it today, I think we would end up doing something in between what Sweden and the rest of the world has done," Tegnell told Swedish Radio.

Sweden’s top epidemiologist Tegnell has admitted his strategy to fight coronavirus resulted in too many deaths, after driving his country to avoid lockdown— Sweden’s mortality rate is among the highest globally and far exceeds that of neighboring countrieshttps://t.co/u7FDmornWc

Sweden has so far reported 40 803 confirmed cases and 4 542 deaths, a toll far greater than neighbouring countries and described by Tegnell as "absolutely" too high.

He stressed however that he was still unsure which added measures would have made a difference.

"It would be good to know more precisely what you should shut down to better prevent a spread of the infection," he said.

Schools have remained open to under-16s. Cafes, bars and restaurants and most businesses have also stayed open.

People have been urged to work from home, limit contacts, practise social distancing and wash hands frequently. The public is expected to follow the recommendations, but they are not legally binding.

Sweden did however ban visits to nursing homes and gatherings of more than 50 people.

Germany introduced an unprecedented warning against all foreign travel in mid-March. But with new infections sharply down, the government is looking for ways to restart the economy.

"We have decided today that the travel warning for the named circle of countries will not be continued but replaced by travel advice," Maas said, referring to EU nations, other Schengen countries and Britain.

The individual advice will be on a total of 31 nations, "provided that there are no longer any entry bans or large-scale lockdowns in the respective countries", he said.

Germany reported just 342 new cases of the coronavirus on Wednesday - down from more than 6 000 a day at the height of new infections in March.

France, Germany, Italy and the Netherlands have forged an alliance to speed up the production of a vaccine "on European soil" against the new coronavirus, Dutch officials said Wednesday.

The aim of the "Inclusive Vaccine Alliance" was to allow for vaccine production on European soil wherever possible, the department said in a statement issued in The Hague. 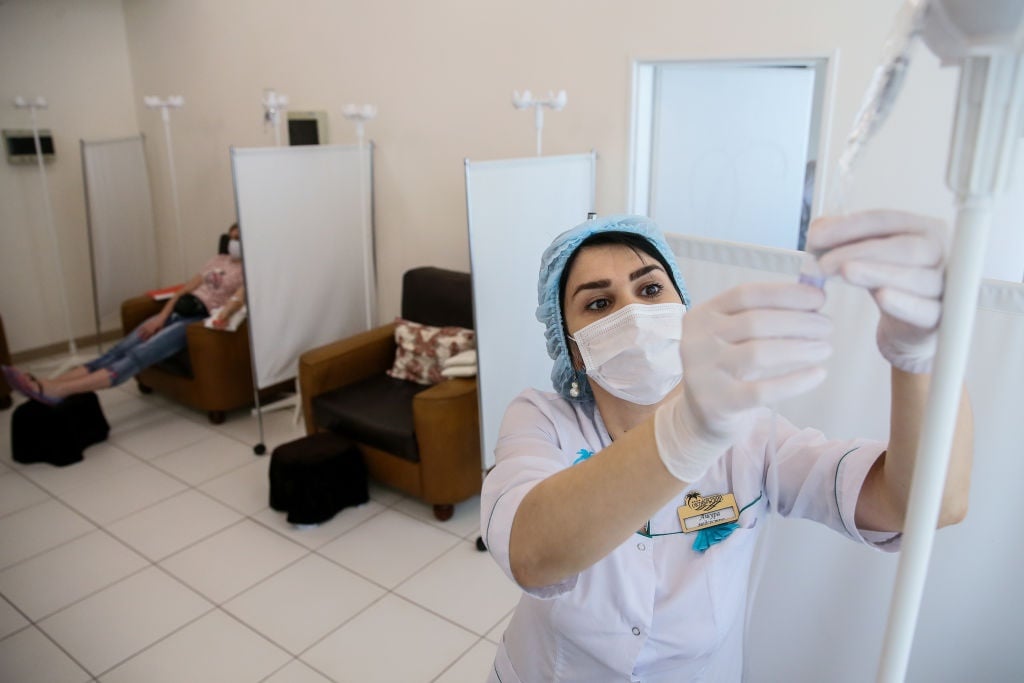 "Germany, France, Italy and the Netherlands are convinced that a successful result requires a joint strategy and investments," it said.

The announcement Wednesday comes as Europe slowly emerges from lockdowns with Italy leading the way as the first country on the continent to open its borders to European travellers.

Germany will lift its blanket travel warning on 15 June, with the Netherlands likely to do the same in line with European Union guidelines.

"The alliance is exploring promising vaccine development initiatives to secure sufficient vaccines for the EU and other countries," particularly lower-income states in Africa.

The four-country collaboration will enable "the fastest and best possible results with key players in the pharmaceutical industry about promising vaccine initiatives," the Dutch Health Ministry said.

"The alliance also wants to agree with pharmaceutical companies that a vaccine must become widely accessible, available and affordable for the EU," it added. One person bags R343k in the Daily Lotto jackpot
Full list of lottery results
Lockdown For
DAYS
HRS
MINS
Voting Booth
Have you gone out to eat a restaurant since restrictions have lifted?
Please select an option Oops! Something went wrong, please try again later.
Yes I have
13% - 636 votes
No, but I plan to
16% - 792 votes
No, and I don't plan to
70% - 3409 votes
Previous Results
Podcasts
PODCAST | THE STORY: Will removing statues representing oppression remedy ills of the past?