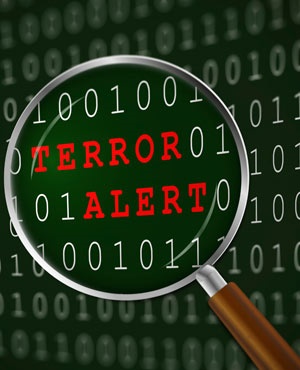 Tehran - Iran's intelligence ministry said on Monday it had thwarted a major jihadist plot to carry out bomb attacks in the capital Tehran and other parts of the country, state media reported.

"One of the biggest takfiri-Wahhabi terrorist plots was discovered and foiled," the official IRNA news agency quoted the ministry as saying, using terms applied by Iran to Sunni extremist groups.

"A series of bomb attacks prepared in various areas deep inside the country and especially in Tehran and some other provinces... were foiled, the terrorists were arrested and a number of ready-made bombs were recovered," it said.

No more details were provided. The ministry said they were interrogating the suspects and more information would come following investigations "both inside and outside the country".

Iran, the predominant Shi'ite power, has been helping both the governments of Iraq and President Bashar Assad's regime in Syria to battle the Sunni extremist Islamic State group.

Iranian cities have not, however, faced any serious threat of jihadist attack, with the country's powerful security forces prioritising the protection of the country's borders.

In November, Iran's army conducted exercises close to its border with Afghanistan designed to simulate how it would respond if "terrorist groups" such as ISIS mounted an attack.

Before the drills in the northeastern province of Khorasan, General Ahmad Reza Pourdastan, the army's head of ground forces, announced a 40km limit on the borders with Iraq and Afghanistan, which if breached would trigger action.

"Before the enemy reaches borders, its actions will be neutralised," he said.

An increased police presence in Tehran in November and December - with armed security forces guarding subway stations and other public areas in Tehran - raised concerns that an attack was possible.

But the capital's police chief, Hossein Sajedinia, said the presence was only part of "counter-terrorism drills".

The elite Revolutionary Guards killed 12 Kurdish rebels in fighting near the Iraqi border on Wednesday that also left three members of the Guards dead.

Police said the rebels were members of the Party of Free Life of Kurdistan (PJAK), an Iranian Kurdish group with close links to Turkey's outlawed Kurdistan Workers' Party (PKK).

The same day, state television reported that a police officer and five members of Sunni militant group Jaish-ul Adl had been killed in clashes in the southeastern Sistan-Baluchistan province.

We live in a world where facts and fiction get blurred
In times of uncertainty you need journalism you can trust. For only R75 per month, you have access to a world of in-depth analyses, investigative journalism, top opinions and a range of features. Journalism strengthens democracy. Invest in the future today.
Subscribe to News24
Related Links
Court rules Iran must pay $2bn to US terror victims
Israel: Iran building terror network in Europe, US
Iran says 44 terror suspects arrested at border, in cities
Next on News24
After keeping low profile on campaign trail, Obama makes debut for Biden