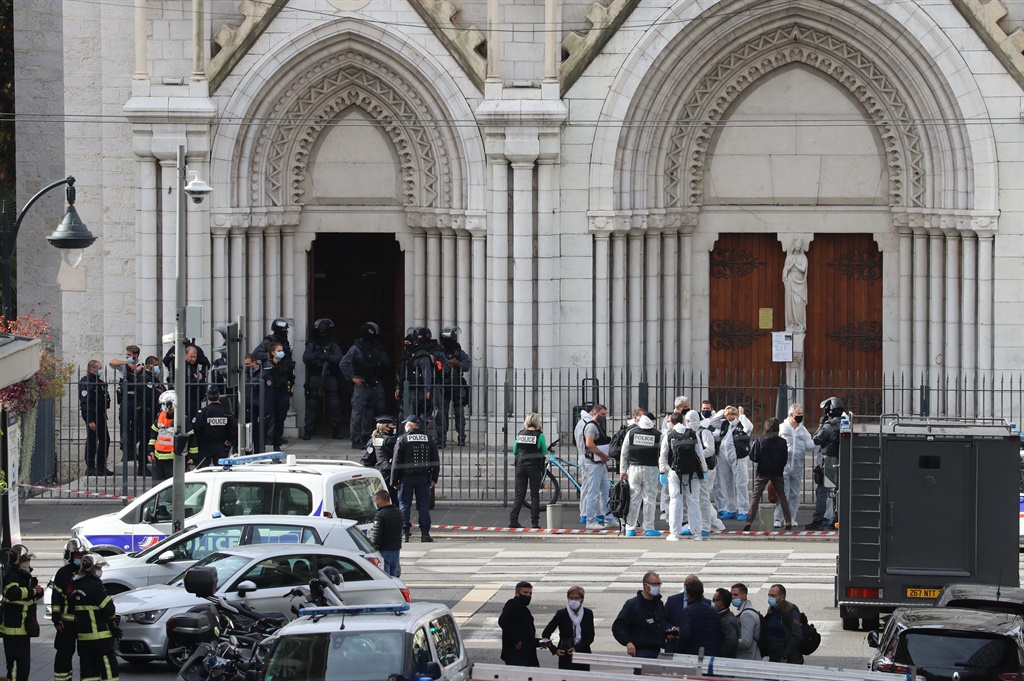 French President Emmanuel Macron said on Thursday that he would be stepping up the deployment of soldiers to protect key French sites, such as places of worship and schools, following the fatal knife attack in Nice earlier in the day.

France raised its alert to the highest level nationally on Thursday after a knife-wielding man killed three people at a church in the city of Nice in the third apparent jihadist attack in just over a month.

Prime Minister Jean Castex said Thursday's attack, in which at least one victim had their throat slit, was "as cowardly as it is barbaric" and told parliament he had decided to raise France's Vigipirate security alert system to the highest, "attack emergency" level.

France's national anti-terror prosecutors said on Thursday they have opened a murder inquiry after a man killed three people , including one whose throat was slit, at a basilica in central Nice and wounded several others.

Nice's mayor, Christian Estrosi, told journalists at the scene that the assailant, detained shortly afterwards by police, "kept repeating 'Allahu Akbar' (God is Greater) even while under medication".

Meanwhile, the Vatican on Thursday condemned the attack that left three people dead at a church in Nice, France, saying terrorism and violence were never acceptable.

"Today's attack sowed death in a place of love and consolation, the house of the Lord," spokesman Matteo Bruni said in a statement.

"It is a moment of pain in a time of confusion. Terrorism and violence can never be accepted." He said Pope Francis had been informed and was praying for the victims. The pope hoped the French people would "respond in a united way to evil with good."

We live in a world where facts and fiction get blurred
In times of uncertainty you need journalism you can trust. For only R75 per month, you have access to a world of in-depth analyses, investigative journalism, top opinions and a range of features. Journalism strengthens democracy. Invest in the future today.
Subscribe to News24
Related Links
Man charged for 'liking' photo of murdered French teacher
Deadly stabbing in Germany investigated as terrorist attack
Sudan Prime Minister says US blacklisting harms path to democracy: report
Next on News24
Palestinian teen killed in clashes with Israeli army: govt