Palestinians withdraw envoy to US over Israel embassy move 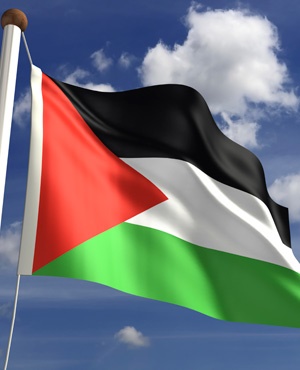 Ramallah - Palestinian president Mahmoud Abbas withdrew his top representative to the United States on Tuesday, the foreign ministry announced, a day after the US moved its Israeli embassy to Jerusalem.

Husam Zomlot, the head of the Palestine Liberation Organisation's office in Washington, would return to the Palestinian territories Wednesday, the statement said.

It did not say how long Zomlot, the most senior Palestinian official in Washington, would be withdrawn for.

They consider the eastern part of Jerusalem their capital and countries have long kept their embassies in Tel Aviv, saying the future of the holy city was an issue to be negotiated between the Israelis and Palestinians.

The date of Monday's embassy opening also angered Palestinians, coming the day before they commemorate their mass displacement in the 1948 war surrounding the creation of Israel.

The Israeli government welcomed the embassy move, which coincided with the anniversary of the country's independence.

The event was overshadowed by mass protests along the Gaza border in which Israeli fire killed 60 Palestinians.

The foreign ministry statement did not refer to the deaths, only the embassy move.

We live in a world where facts and fiction get blurred
In times of uncertainty you need journalism you can trust. For only R75 per month, you have access to a world of in-depth analyses, investigative journalism, top opinions and a range of features. Journalism strengthens democracy. Invest in the future today.
Subscribe to News24
Related Links
Arab League calls on ICC to investigate 'Israeli crimes'
Israel faces diplomatic fallout after dozens killed in Gaza
Gaza killings: New Yorkers call for justice in Nakba protest
Next on News24
Trump tells Republican donors he'll help win Congress in 2022

Every day ke payday for Daily Lotto players
Full list of lottery results
Lockdown For
DAYS
HRS
MINS
Voting Booth
Would you choose to continue working from home after the coronavirus lockdown if given the option?
Please select an option Oops! Something went wrong, please try again later.
Yes, it's much better for me
40% - 6637 votes
No ways! I can't wait to get back to the office
12% - 1950 votes
A mixture of both would suit me best
48% - 7978 votes
Previous Results
Podcasts
PODCAST | MISSING MATTHEW EPISODE 3: Decades of false starts add to a family's despair