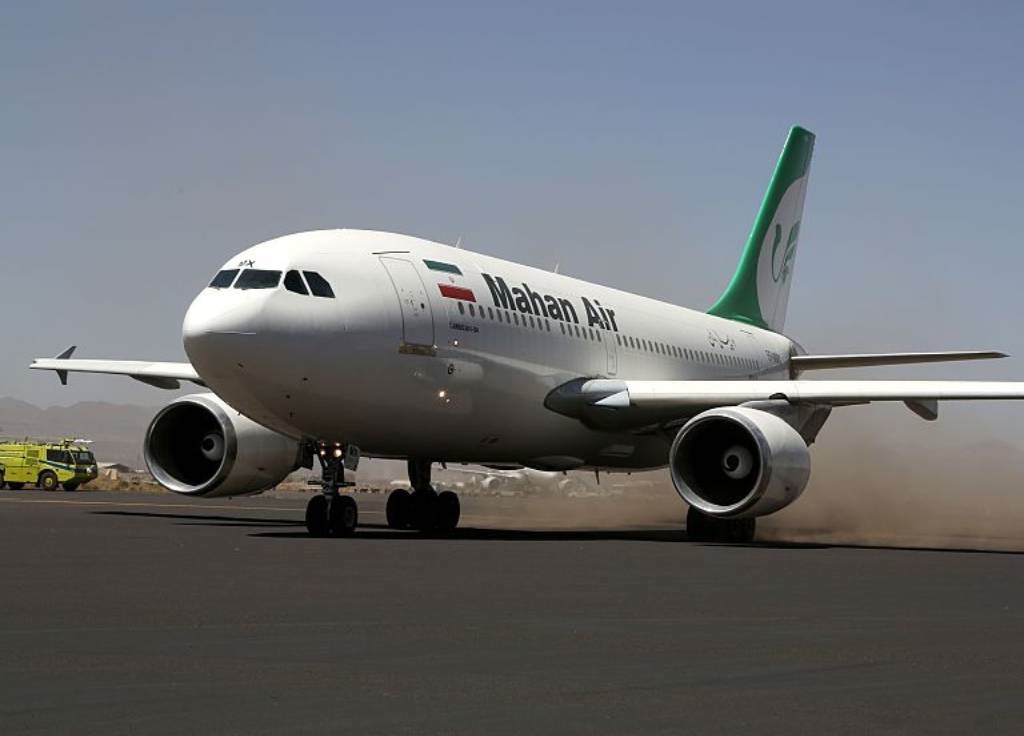 Several passengers on an Iranian airline have been injured over Syria after the pilot changed altitude to avoid collision with a US fighter jet, according to Iranian media, but the United States military said its F-15 kept a safe distance.

The Iranian plane, belonging to Mahan Air, was heading from Tehran to Beirut on Thursday when the pilot staged a safety manoeuver, in an incident that Iran's Foreign Ministry said would be investigated.

READ | In the words of a general: how Iran downed airliner

Tensions have spiked between Tehran and Washington since 2018, when US President Donald Trump exited Iran's 2015 nuclear deal with six world powers and re-imposed sanctions that have battered Iran's economy.

Iran's official IRIB news agency quoted a passenger describing how his head had hit the roof of the plane during the change in altitude, and video showed an elderly passenger sprawled on the floor.

"I don't know what happened. A black plane came close to our plane and our plane lost its balance. I was sprung up and my head was banged against the ceiling," the unnamed passenger told IRIB.

Another said: "It was a fighter jet. A fighter jet was literally sticking to our plane. We lost balance and bounced up and down." All the passengers left the plane, some with minor injuries, the head of the Beirut airport told Reuters News Agency.

The plane arrived back in Tehran in the early hours of Friday, the Fars news agency reported.

The US military's Central Command, which oversees American troops in the region, said the F-15 aircraft was conducting a visual inspection of the Iranian aircraft when it passed near the Tanf garrison in Syria where US forces are present.

Captain Bill Urban, the senior Central Command spokesperson, said the F-15 "conducted a standard visual inspection of a Mahan Air passenger airliner at a safe distance of about 1 000 metres from the airliner this evening".

"The visual inspection occurred to ensure the safety of coalition personnel at Tanf garrison," Urban said. "Once the F-15 pilot identified the aircraft as a Mahan Air passenger plane, the F-15 safely opened distance from the aircraft."

He added the intercept was carried out in accordance with international standards.

Aircraft at that altitude are to maintain a distance of at least 600 metres to ensure they do not hit each other, though planes travelling that close together can encounter wake turbulence.

The pilot of the passenger plane contacted the jet pilots to warn them to keep a safe distance and they identified themselves as American, IRIB reported.

Following the incident, Iran's Foreign Ministry sent a protest note was sent to the Swiss Embassy, which represents US interests in Iran, warning that if any accident happens on the plane's return flight to Tehran, it will be the US's responsibility.

The ministry's spokesperson, Abbas Mousavi, said Iran is investigating the incident, adding that the country would take necessary legal and political actions.

Israel and the US have long accused Mahan Air of ferrying weapons for Iranian-linked fighters in Syria and elsewhere.

The US imposed sanctions on Mahan Air in 2011, saying it provided financial and other support to Iran's elite Revolutionary Guard Corps.

We live in a world where facts and fiction get blurred
In times of uncertainty you need journalism you can trust. For only R75 per month, you have access to a world of in-depth analyses, investigative journalism, top opinions and a range of features. Journalism strengthens democracy. Invest in the future today.
Subscribe to News24
Related Links
Iran says black boxes of downed Ukraine plane of 'no help'
Leaked recording shows Iran knew its missiles hit Ukrainian plane
Iran agrees to send black boxes of shot down plane to Ukraine
Next on News24
Australian passenger train derails after hitting abandoned vehicle

Lucky Sunday for 3 Daily Lotto players
Full list of lottery results
Lockdown For
DAYS
HRS
MINS
Voting Booth
Facebook is facing a fresh crisis after a former employee turned whistle-blower leaked internal company research. Do you still use Facebook?
Please select an option Oops! Something went wrong, please try again later.
Yes, the benefits outweigh the risk for me
32% - 2604 votes
No, I have deleted it
38% - 3085 votes
Yes, but I am considering deleting it
31% - 2528 votes
Previous Results
Podcasts
PODCAST | Ballot Box: Why Facebook is not doing enough against election misinformation