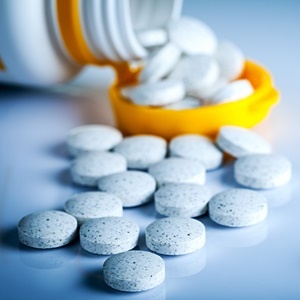 Vermont — A former US postal worker accused of stealing prescription drugs from packages has been sentenced to one year of probation and ordered to perform community service work.

Federal prosecutors say 62-year-old Robert Mackenzie, of Fletcher, Vermont, was sentenced in US District Court in Burlington on Wednesday. He had pleaded guilty to one count of possession of oxycodone.

Court records say while he was employed by the US Postal Service as a rural carrier associate, he stole oxycodone for personal use from parcels that he was supposed to deliver.

Mackenzie was fired from his job.

He was ordered on Wednesday to perform 40 hours of community service during his probation.

His public defender did not immediately return a phone call seeking comment.

We live in a world where facts and fiction get blurred
In times of uncertainty you need journalism you can trust. For only R75 per month, you have access to a world of in-depth analyses, investigative journalism, top opinions and a range of features. Journalism strengthens democracy. Invest in the future today.
Subscribe to News24
Related Links
Police officials cleared of using helicopter to film nude sunbathers
Man builds pressure-cooker bomb, gets 15-year jail term
Father shoots daughter's boyfriend in groin after spat
Next on News24
Dozens hurt in Israeli synagogue accident - ambulance service

1 person bags the jackpot in the Daily Lotto
Full list of lottery results
Lockdown For
DAYS
HRS
MINS
Voting Booth
As South Africa faces down the third Covid-19 wave, how are you keeping your family safe ?
Please select an option Oops! Something went wrong, please try again later.
Staying at home, isolating and being careful
19% - 710 votes
Sanitising and wearing masks when we go out
67% - 2444 votes
Going on as usual, we're not afraid of the virus
14% - 510 votes
Previous Results
Podcasts
PODCAST | Too Many Enemies: Episode 1 - the assassination of billionaire Wandile Bozwana