Probe into US Capitol riots starts on Tuesday, testimony from cops expected A congressional panel investigating the deadly US Capitol insurrection begins its work Tuesday in a hyper-politicised environment that threatens to undermine efforts to understand what led to the 6 January attack.

Six months after a mob of Donald Trump's supporters stormed the seat of American democracy in the worst attack on the legislature since the war of 1812, the American public will hear the first testimony before a select committee that has quickly become a partisan flashpoint in Washington.

Lawmakers will receive first-hand accounts from police officers who were attacked by rioters who fought their way into the building, prowled the hallways hunting for the likes of House Speaker Nancy Pelosi, and sought to block certification of Joe Biden's election victory.

But the process is in shambles. The House Republican leadership has essentially boycotted the select committee, pulling its five appointments last week after Pelosi took unprecedented action by rejecting two of Minority Leader Kevin McCarthy's picks.

Both are forceful Trump critics who voted for his impeachment in January after the riot, and both have drawn censure from their party for refusing to back Trump's baseless claims that the election was stolen.

Pelosi and others had wanted a bipartisan, independent 9/11-style commission to investigate the riot and its origins. Even McCarthy in January had voiced support.

But with anxiety growing among Republicans concerned that a probe could prove politically damaging for their party ahead of the 2022 midterm elections, and with Trump himself expressing zero interest in relitigating the riot, the party began coalescing against a deep dive on the events of 6 January.

Senate Republicans in May blocked the commission, arguing that multiple investigations have already reached conclusions about the riot, and that hundreds of arrests have yielded considerable data about what happened.

The party has sought to destroy the credibility of Pelosi's subsequent select committee, with McCarthy accusing her of "playing politics" as partisan tensions on Capitol Hill soar.

"Never in the history of America has a speaker picked the other side, so they are predetermining what comes out" from the probe, McCarthy told reporters Monday at an unrelated White House event.

He also derided Cheney and Kinzinger as "Pelosi Republicans," and said the two Republican nominees she rejected - congressmen Jim Banks and Jim Jordan - "have the right" to sit on the panel.

The speaker had said she welcomed McCarthy's three other appointments, only to have him pull all his nominations when she rejected Banks and Jordan, a Trump stalwart and conservative firebrand.

But she now insists the committee will forge ahead - with or without more Republican engagement.

"We have to, again, ignore the antics of those who do not want to find the truth," she told ABC on Sunday. 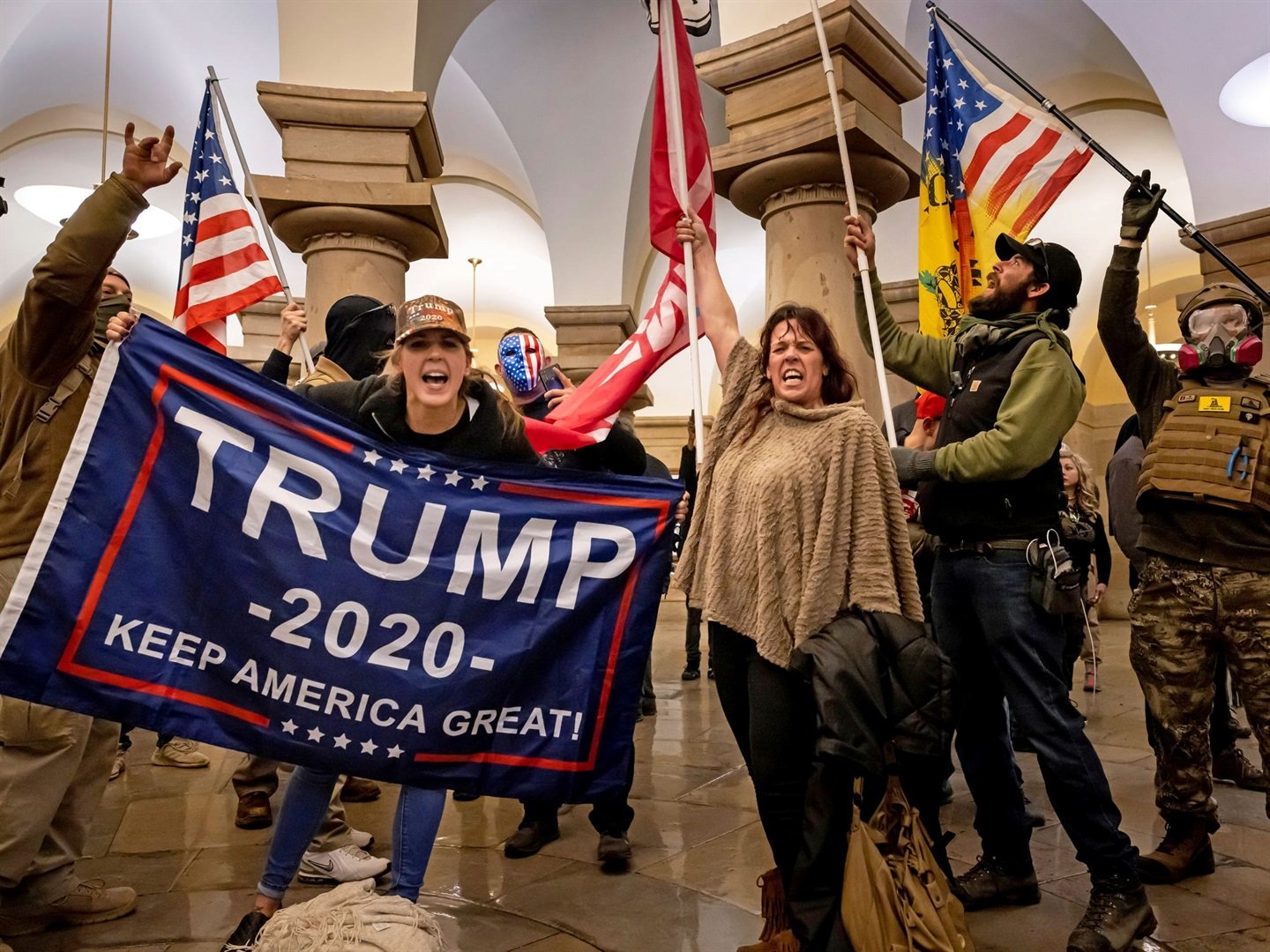 Supporters of US President Donald Trump protest inside the US Capitol on January 6, 2021, in Washington, DC.
Getty Images Brent Stirton/Getty Images

"We will find the truth. That truth will have the confidence of the American people because it will be done patriotically and not in a partisan way."

Tuesday's hearing will feature police officers who were physically and verbally abused while defending the Capitol from rioters.

Five people died during or shortly after the insurrection, while dozens of police were injured.

Congressman Adam Schiff, a committee Democrat, told MSNBC he expects the panel to use subpoena power to compel the appearance of witnesses reluctant to testify.

Schiff also said it would be difficult to complete the committee's work by year end, and that the timing "will depend on how much obstruction that we run into."

We live in a world where facts and fiction get blurred
In times of uncertainty you need journalism you can trust. For only R75 per month, you have access to a world of in-depth analyses, investigative journalism, top opinions and a range of features. Journalism strengthens democracy. Invest in the future today.
Subscribe to News24
Next on News24
'People have lost hope': Lebanon's only suicide hotline inundated

1 person bags the Daily Lotto jackpot
Full list of lottery results
Lockdown For
DAYS
HRS
MINS
Voting Booth
Have you ever purchased a fake luxury/designer item?
Please select an option Oops! Something went wrong, please try again later.
Yes, I believed it was authentic
8% - 40 votes
Yes, I didn't want to spend that much money on the original item
21% - 105 votes
No, I always shop at reputable stores
14% - 69 votes
No, I don't wear designer clothing
57% - 287 votes
Previous Results
Podcasts
PODCAST | My Only Story: The boys' school, the water polo teacher and the creepy WhatsApp messages