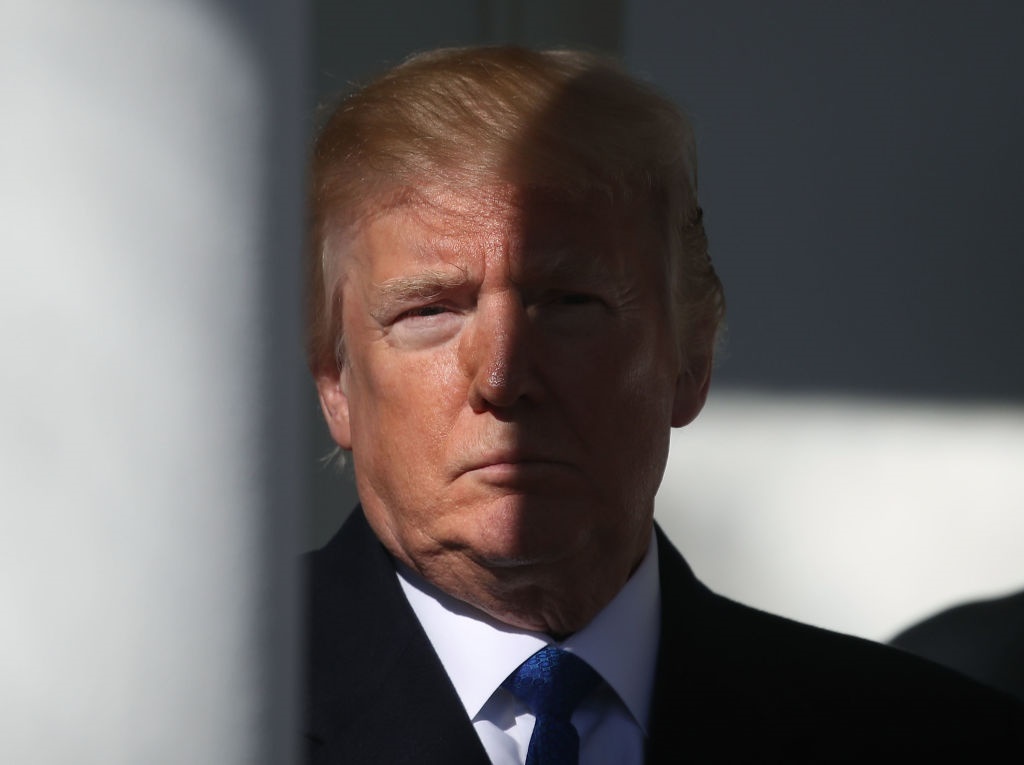 Former President Donald Trump pressed the Justice Department during his waning weeks in office to join his failed effort to overturn his election defeat based on his false claims of voting fraud, but its leaders refused, with one decrying the "pure insanity" of the claims, documents released on Tuesday showed.

The records, obtained by the House of Representatives Oversight and Reform Committee, provided new insight into the actions of the Republican former president in trying to enlist the department to act on his claims.

The documents showed a series of overtures made by Trump, then-White House Chief of Staff Mark Meadows and an outside private attorney, Kurt Olsen.

The department ultimately did not join the effort and numerous courts rejected lawsuits seeking to overturn election results in various states.

Congress also is investigating the deadly 6 January assault on the US Capitol by a mob of Trump supporters trying to stop the formal certification of Democratic President Joe Biden's election victory.

WATCH |  Back on stage, Trump airs conspiracies and flirts with 2024 run

"These documents show that President Trump tried to corrupt our nation's chief law enforcement agency in a brazen attempt to overturn an election that he lost," said Committee Chairwoman Carolyn Maloney, a Democrat.

These actions were separate from the revelations that the Trump-era Justice Department secretly sought the phone records of at least two Democratic lawmakers, a move that led Biden's Attorney General Merrick Garland on Monday to vow to strengthen policies aiming to protect the department from political influence.

The department under outgoing Attorney General William Barr, who left his post on 23 December, and his short-term replacement Jeffrey Rosen decided not to act on the false claims of voting fraud. Biden took office on 20 January

The emails showed that Meadows asked Justice Department officials to investigate an unfounded conspiracy theory called "Italygate" alleging that US electoral data was changed in Italian facilities with the knowledge of the CIA.

The documents also showed that Trump pressured Rosen when he was deputy attorney general to have the department take up the election fraud claims.

The emails showed Rosen declined to arrange a meeting between Justice Department officials and Trump's personal lawyer Rudy Giuliani about his false claims that the November election was stolen. Meadows had asked Rosen to help arrange the proposed meeting with Giuliani, the emails showed.

"I flatly refused, said I would not be giving any special treatment to Giuliani or any of his 'witnesses,' and re-affirmed yet again that I will not talk to Giuliani about any of this," Rosen wrote to a Justice Department colleague on 1 January.

Trump, through an assistant, sent Rosen a 14 December email with documents purporting to show evidence of election fraud in northern Michigan - a debunked allegation that a federal judge had already rejected.

Two weeks later, on 29 December, Trump's White House assistant emailed Rosen, who by then was the acting attorney general, and other Justice Department lawyers a draft legal brief that they were urged to file at the US Supreme Court.

The department never filed the brief. Emails released by the House committee showed that Olsen, a Maryland lawyer involved in writing Trump's draft brief, repeatedly tried to meet with Rosen but was unsuccessful.

The draft brief backed by Trump argued that changes made by the states of Georgia, Michigan, Wisconsin, Arizona, Nevada and Pennsylvania to voting procedures amid the Covid-19 pandemic to expand mail-in voting were unlawful. Biden won all those states.

Similar arguments were made in a lawsuit filed by Ken Paxton, the Republican attorney general of Texas and a Trump ally. The US Supreme Court rejected that long-shot lawsuit in December.

Representatives for Trump did not immediately respond to a request for comment.

The document release came ahead of a House Oversight Committee hearing on the 6 January attack, which will include testimony from FBI director Christopher Wray and General Charles Flynn, a high-ranking Pentagon official involved in a key mid-riot phone call with police leaders.

The general, who commands the US Army Pacific, is the brother of former national security adviser Michael Flynn, who has also promoted Trump's election conspiracy theories.

Maloney said at the start of the hearing that the Pentagon's response to the riot was "a shocking failure."

Here are the results for the Daily Lotto draw
Full list of lottery results
Lockdown For
DAYS
HRS
MINS
Voting Booth
Matric results are out! Are you happy with your child's result?
Please select an option Oops! Something went wrong, please try again later.
No, the pandemic really messed up their ability to focus
33% - 478 votes
Yes, they did well given the circumstances
67% - 976 votes
Previous Results
Podcasts
LISTEN | The Inge Lotz Story - a miscarriage of justice