The United States is seeking more pressure on Myanmar's junta through the United Nations and is urging the international community not to recognise upcoming elections, a senior official said on Thursday.

"There is wide acknowledgement that the regime needs to feel more pressure," State Department Counsellor Derek Chollet, who is leading US diplomacy on Myanmar during the annual United Nations General Assembly, told AFP.

He pointed to outrage over an airstrike this month that killed 11 schoolchildren as well as the July execution of four prominent prisoners by the junta, which threw out the elected government in February 2021, ending a decade-long experiment in democracy.

Chollet said he held talks both with other governments and with representatives of the National Unity Government - dominated by ousted civilian leader Aung San Suu Kyi's party - and held a virtual meeting with armed ethnic groups inside the country also known as Burma.

He said he spoke with other nations about a Security Council resolution although the effort was in "the very early stages" with specifics not yet clear.

"We think we have to be realistic as on all issues about how far Russia and China are willing to let the Council take action," he said, referring to the veto-wielding allies of Myanmar's military.

We think it's important to try.

He said that he also conveyed to other governments that "we shouldn't lend any sense of credibility" to elections the junta plans for next August.

"I told them that we see no chance that these elections could be free and fair, given the fact that the regime doesn't control as much as half the territory, you've got political prisoners being locked up and killed, and Aung San Suu Kyi basically in isolation and no one has seen her for 20 months," Chollet said. 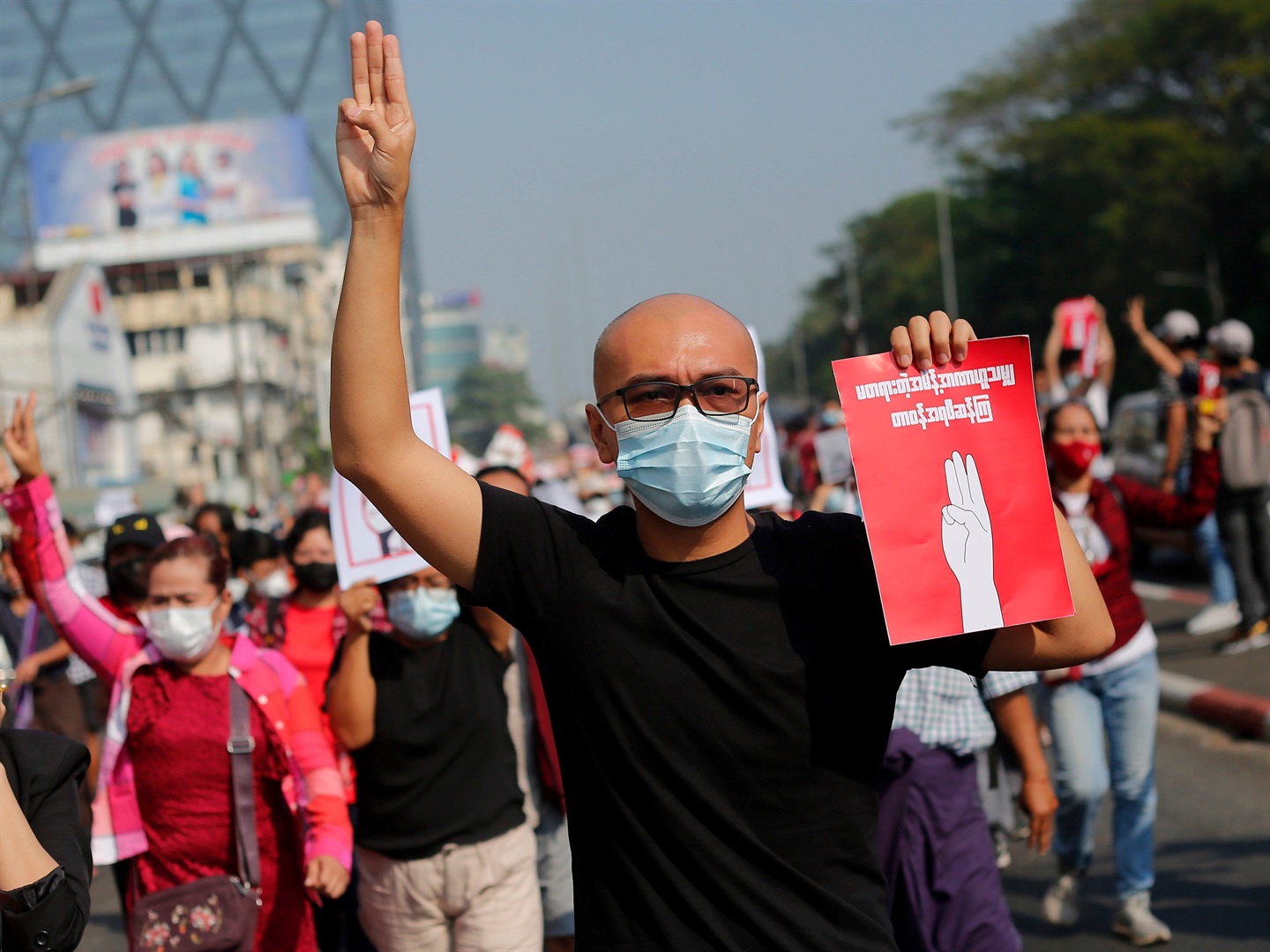 Detainees released from Insein Prison celebrate with the crowd from a bus in Yangon.
AFP AFP Myanmar protesters in Hpakant hold signs, on 16 May 2021, that read 'Stay strong Mindat, Hpakant is behind you' in support of the Chin state town where a civilian defence force clashed with the military.
AFP PHOTO: Handout, KACHINWAVES/AFP

Earlier on Thursday, the UN special rapporteur on the rights situation in Myanmar, Thomas Andrews, warned that the election would be "fraud".

The US has imposed a series of sanctions, including targeting junta leaders, since the coup.

But it has held off on one step urged by activists, targeting Myanmar's oil and gas industry, amid opposition from ally Thailand which imports energy from its neighbour.

The Southeast Asian bloc ASEAN has unsuccessfully sought to broker a diplomatic way out of the crisis with the generals and some US partners, notably Myanmar's neighbour India, have hesitated at tough action.