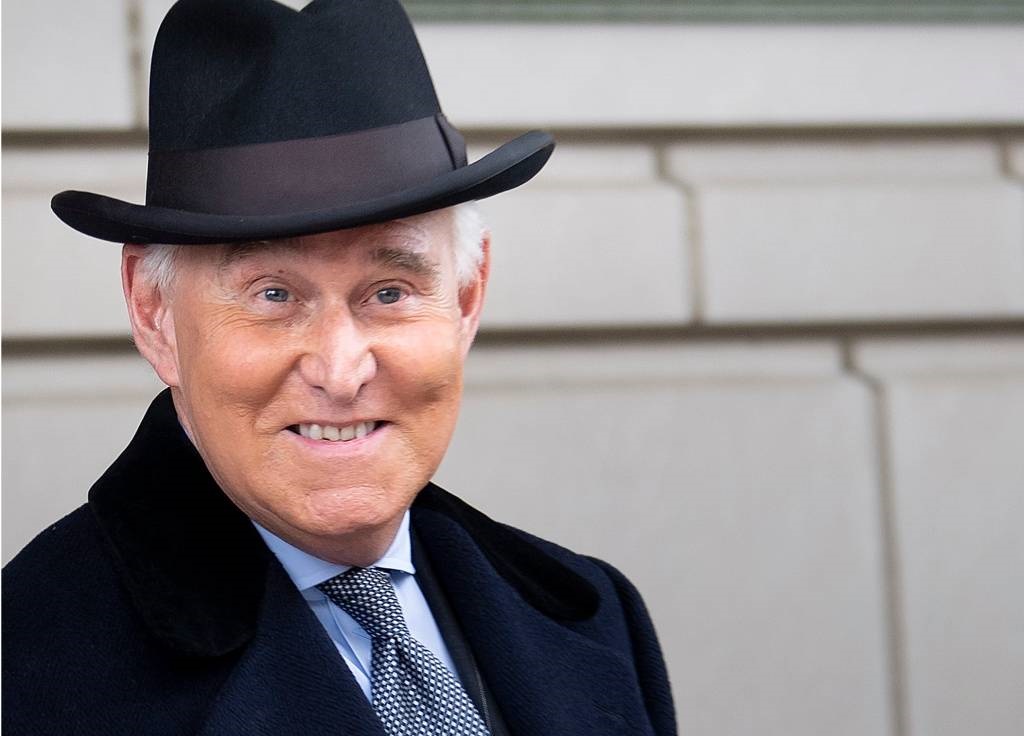 "Roger Stone is now a free man!" the White House said in a statement, days before he was to report to a federal prison to start serving his term.

Trump's action immediately brought new charges that the president intervenes freely in the US justice system to help friends and allies and punish critics and perceived enemies.

READ: Trump insists he can intervene in criminal cases

Stone, one of Trump's oldest confidants, was convicted last November of lying to Congress, tampering with a witness and obstructing the House investigation into whether the Trump campaign conspired with Russia to help him win the 2016 election.

The fiery White House statement reiterated Trump's charge that Special Counsel Robert Mueller investigated an alleged crime that was never committed. It argued that Stone should therefore never have been charged in the first place.

"The simple fact is that if the Special Counsel had not been pursuing an absolutely baseless investigation, Mr Stone would not be facing time in prison," it said.

In a statement to US media, Stone's lawyer Grant Smith said his client was "incredibly honored that President Trump used his awesome and unique power under the Constitution of the United States for this act of mercy."

The Trump administration had already intervened once to help Stone. After prosecutors recommended a prison term of seven to nine years, Attorney General Bill Barr, who has been accused of acting like Trump's personal lawyer, stepped in and called that excessive.

All four prosecutors handling the case quit it and a newly appointed prosecutor recommended a prison term of three to four years for Stone.

Stone was the sixth aide of Trump - who was impeached last year for abusing his power - to be convicted of charges arising from Mueller's probe into Russian election interference.

Representative Adam Schiff, the Democrat who led the impeachment drive against Trump, put it bluntly: "With Trump there are now two systems of justice in America: One for Trump's criminal friends and one for everyone else."

Top Senate Democrat Chuck Schumer slammed "a lawless president who regards the Justice Department as his personal plaything" while others blamed Republicans' tolerance of Trump's behavior in leading to what they called a breakdown in the justice system and rule of law.

Barr has been berated for his department's decision to drop the case against Trump's first national security advisor, Michael Flynn, who pleaded guilty in 2017 to lying about his Russia contacts to the FBI.

The Trump administration has in recent months also fired or demoted inspectors general for the Pentagon, the intelligence community and the Department of Health and Human Services, as well as a senior health official who questioned Trump's promotion of unproven drug therapies for COVID-19.

More than 1 000 former Justice Department officials signed a statement calling for Barr's resignation over his interference to get a lighter sentence for Stone.

We live in a world where facts and fiction get blurred
In times of uncertainty you need journalism you can trust. For only R75 per month, you have access to a world of in-depth analyses, investigative journalism, top opinions and a range of features. Journalism strengthens democracy. Invest in the future today.
Subscribe to News24
Related Links
Trump ally Stone gets 40 months' prison amid presidential meddling row
Trump under fire for intervening in Roger Stone case
Trump ally Roger Stone guilty of lying to Congress
Next on News24
Australia commits to net zero by 2050 target, but won't legislate goal