US Interior chief: Third of employees not loyal to Trump 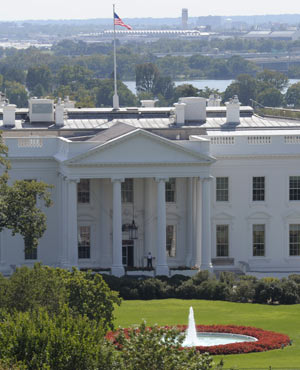 Washington - Interior Secretary Ryan Zinke says nearly one third of employees at his department are not loyal to him and US President Donald Trump, and he is working to change the department's regulatory culture to be more business friendly.

Zinke, a former Navy SEAL, said on Monday he knew when he took over the 70 000-employee department in March that he got "30% of the crew that's not loyal to the flag".

In a speech to an oil industry group, Zinke compared Interior to a pirate ship that captures "a prized ship at sea and only the captain and the first mate row over" to finish the mission.

"We do have good people" at Interior, he said. "But the direction has to be clear and you've got to hold people accountable."

Zinke's comments echo complaints by some White House allies that a permanent, "deep state" in Washington has sabotaged Trump's efforts to remake the government.

Zinke did not go that far, but he lamented a government culture that prizes analysis over action, saying: "There's too many ways in the present process for someone who doesn't want to get (a regulatory action) done to put it a holding pattern."

To remedy that, Zinke said he is pursuing a major re-organisation that would push much of the agency's decision-making outside Washington and move several agencies, including the Bureau of Reclamation and Bureau of Land Management, to undetermined Western states.

The moves follow military strategy, Zinke said: "Push your generals where the fight is."

While details remain largely under wraps, Zinke said he was excited.

"It's going to be huge," he said in a speech to the National Petroleum Council, an advisory committee that includes leaders of the oil and gas industry. "I really can't change the culture without changing the structure."

Besides moving employees, Zinke said he wants to speed up permits for oil drilling, logging and other energy development that now can take years.

"The president wants it yesterday," Zinke said, referring to permits for energy development. "We have to do it by the law."

On other topics, Zinke said the Endangered Species Act has been "abused" by bureaucrats and environmental groups and needs to be reformed to be less "arbitrary".

"There is no off-ramp" for species to be removed from protected status, he said.

Zinke also offered a quirky defense of hydraulic fracturing, a drilling technique also known as fracking that has led to a years-long energy boom in the US, with sharply increased production of oil and natural gas.

"Fracking is proof that God's got a good sense of humour and he loves us," Zinke said without explanation.

We live in a world where facts and fiction get blurred
In times of uncertainty you need journalism you can trust. For only R75 per month, you have access to a world of in-depth analyses, investigative journalism, top opinions and a range of features. Journalism strengthens democracy. Invest in the future today.
Subscribe to News24
Related Links
Zinke recommends shrinking 6 national monuments
Rambling anti-government manifesto to Trump - suspect in court
Mugabe warns Trump: No nation should be allowed to bully others
Next on News24
Russia arrests over 1 000 at rallies for hunger-striking Navalny

3 bag the jackpot in the Daily Lotto
Full list of lottery results
Lockdown For
DAYS
HRS
MINS
Voting Booth
As a child or as an adult, have you ever been a victim of bullying?
Please select an option Oops! Something went wrong, please try again later.
Yes, at school
55% - 3648 votes
Yes, at work
17% - 1149 votes
No, I've never experienced this
27% - 1816 votes
Previous Results
Podcasts
PODCAST | MISSING MATTHEW EPISODE 3: Decades of false starts add to a family's despair