The Westminster attacker visited a fish and chip shop for a last supper the night before his murderous rampage. CCTV footage inside the takeaway in Brighton captured Khalid Masood standing by a television with images of the Palace of Westminster on it.

The two Koreas have wrapped up their third summit together, as Kim Jong Un makes big promises to permanently scrap key missile facilities and even visit South Korea.

Two people have been killed as Storm Ali wreaks havoc across the British Isles, with Ireland badly hit. A woman aged in her 50s died when the caravan she was staying in was blown down a coastal bank in Co Galway, while a man in his 20s was hit by a falling tree while working in a forest park in Northern Ireland.

The leaders of North and South Korea announced on Wednesday (September 19) plans for a joint Korean bid for the 2032 Summer Olympics during summit in Pyongyang.

5. The race to dominate the car dashboard is heating up

Google clinching a major win this week in the race to power your car's infotainment system An alliance of Renault, Nissan, and Mitsubishi - which together sold over 10 million vehicles last year - saying future models will integrate Maps and the voice operated butler Google Assistant.

We live in a world where facts and fiction get blurred
In times of uncertainty you need journalism you can trust. For only R75 per month, you have access to a world of in-depth analyses, investigative journalism, top opinions and a range of features. Journalism strengthens democracy. Invest in the future today.
Subscribe to News24
Related Links
WATCH: Woman dies after storm blows caravan off cliff in Ireland
WATCH: Here are the top 5 world news videos today
Next on News24
More mass testing in China after 137 virus cases in Xinjiang 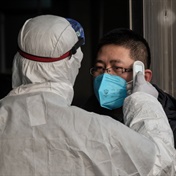 Sweet Sunday for 2 Daily Lotto players
Full list of lottery results
Lockdown For
DAYS
HRS
MINS
Voting Booth
Who do you think is going to win the 2020 US election?
Please select an option Oops! Something went wrong, please try again later.
Biden is going to take it
47% - 7861 votes
It's four more years for Trump
53% - 9015 votes
Previous Results
Podcasts
PODCAST | POLITICS UNMUTED: Money for nothing, but how do we correct the corruption ship?