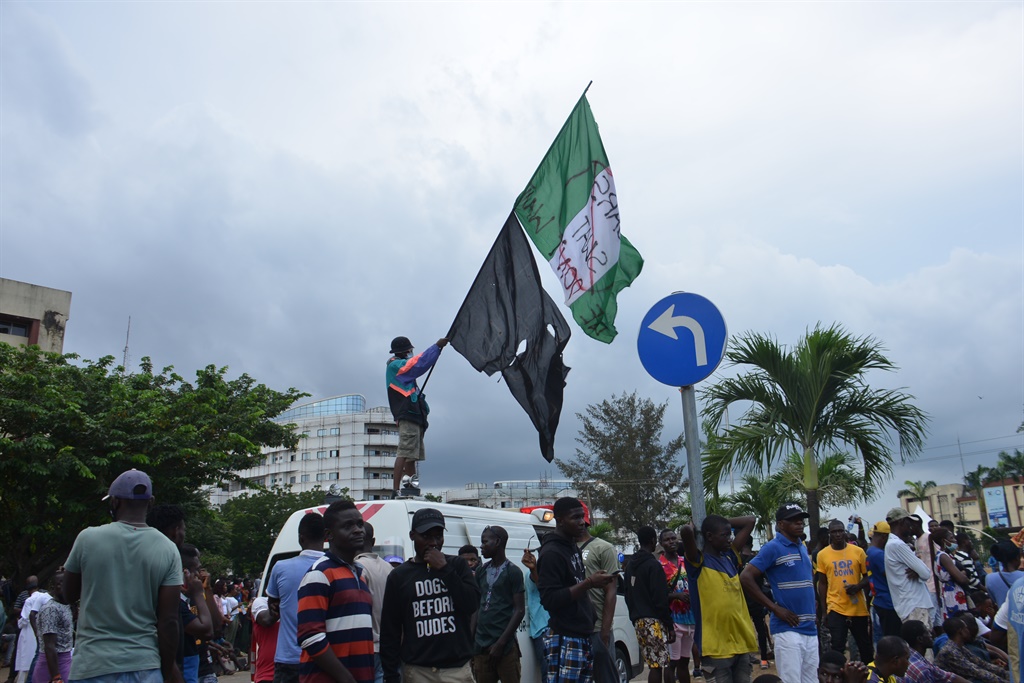 The federal Special Anti-Robbery Squad (SARS) is a Nigerian police unit which was established in 1992 to detain, investigate and prosecute people involved in violent crimes. Operating covertly, its officers wear casual clothes instead of identifiable uniform. They patrol in vehicles that either have no licence plates or plates that cannot be traced by the country's traffic department.

Over the years, the unit has been flagged for allegedly violating human rights by routinely committing the kind of crimes it is supposed to prevent. It has grown synonymous with violence and extortion through allegations of extrajudicial killings, the sexual harassment and assault of women, torture, extortion from innocent citizens, and unlawfully stopping, searching, arresting and detaining citizens. In June 2020, Amnesty International released a report documenting at least 82 cases of torture, ill-treatment and extra-judicial execution by the SARS between January 2017 and May 2020.

On 11 October 2020, the office of Nigerian President Muhammadu Buhari released a statement responding to the country's protests against the SARS. The statement declared that the unit had been dissolved with immediate effect and said all officers who worked for the unit, including those who allegedly carried out heinous acts, would be redeployed to other police units "with immediate effect".

But the protests continued.

On 20 October, Nigeria's authorities declared a  24-hour curfew in Lagos in an attempt to diffuse the 12-day protest action. Announcing the shutdown, Lagos state governor Babajide Sanwo-Olu said only "essential service providers and first responders" would be allowed on the street from 16:00 the same day. Following this announcement, protesters were killed when the country's military force opened fire at one of the #EndSARS protest sites.

Earlier in the day, witnesses on the ground told the media that men claiming to work for the government uninstalled CCTV cameras that had been mounted on a bridge. Shortly after nightfall, electricity to the area was cut off, leaving protesters in complete darkness. Cellphone signal was shut down and the internet was slowed in an alleged attempt to hamper protester communication. Witnesses also said several pickup trucks arrived on the scene at Lekki toll gate, carrying armed soldiers. They alleged that fires had been lit on either side of the bridge, which protesters presumed were aimed at locking them in so that they could not escape.

After running eight to 12 kilometres to safety, talk show host Akinbosola Adeyemi told Wall Street Journal: "A lot of people were hit. You are not meant to shoot live firearms against us."

The Nigerian Broadcasting Commission (NBC) admitted paying close attention to all news coverage of the #EndSARS protests. Fearing a media blackout, protesters, including the famous DJ, DJ Switch, took to social media to report what was happening.

On 20 October, the NBC released a statement, reminding news outlets of the rules regarding the coverage of "crises". Renowned Nigerian musician, Burna Boy, alleged that the army blocked ambulances from reaching shot and injured protesters.

So apparently the NBC expects media houses to cover for the government thereby making peaceful protesters look like the bad guys?? I see! #LekkitollgateMassacre #LekkiMassacre

They removed the cctv cameras, turned off the lights and They are killing people and taking their body’s. The whole Government should step down!! I’m in so much pain.

You turned away ALL Ambulances including Mine. YOU blood suckers.

Do not forget that

2. Security cameras were taken out

3. Peaceful protesters sitting on the floor holding hands were shot at.

We will continue to fight ???#EndSARS #LekkiMassacre pic.twitter.com/hTkkZNmaW2

Guys please I don’t know how to verify these men, dem just come the lekki toll gate and cut off the security cameras. Saying they are from the government, hmm ?? pic.twitter.com/TPJm8NDD8I

The decision to open fire on protesters is not new.

The Asaba massacre took place in October 1967 and more than 500 lives were lost. On 20 November 1999 the military carried out the Odi massacre where 2500 civilians were killed. There were also the 2000 Kaduna riots, the 2001 Jos protests and the Zaria massacre in 2015 which claimed hundreds of lives.

All questions to the Nigerian army about the killings were referred to the civil police.

Both the civil police and Nigeria's national government could not be reached for comment. However, the state government office told reporters that it would investigate the shooting. Earlier on Wednesday morning, DJ Switch, who returned to the protest grounds, claimed that armed forces were still using live ammunition on protesters.

In a tweet, MTN Nigeria apologised for a power outage that affected the area in which the shootings occurred. We are truly sorry for any difficulty you may have connecting to the network in parts of Lekki, Oniru, and Victoria Island at this time. This is due to the loss of auxiliary power supply at a hub site in the area." The tweet has been deleted. MTN Nigeria, in a since deleted post, thanked Nigerians for their patience during a network outage that coincided with the military opening fire on protestors. (Photo: Screengrab)
We live in a world where facts and fiction get blurred
In times of uncertainty you need journalism you can trust. For only R75 per month, you have access to a world of in-depth analyses, investigative journalism, top opinions and a range of features. Journalism strengthens democracy. Invest in the future today.
Subscribe to News24
Related Links
Last grave at Dimbaza: a harrowing account of bantustan brutality
Descansos in Dimbaza: Buntu Fihla's murals and bantustan memory
Mining and Marikana: Arts and the land extraction economy
Next on News24
46 Pygmies killed in militia attack in eastern DR Congo

R500k for one Daily Lotto player!
Full list of lottery results
Lockdown For
DAYS
HRS
MINS
Voting Booth
Will you continue to use WhatsApp following the company announcing a change terms of service which would force users to share personal data?
Please select an option Oops! Something went wrong, please try again later.
Yes, the terms of service do not bother me enough to switch
52% - 6430 votes
No, I will be switching over to a new service
44% - 5527 votes
I've never used WhatsApp
4% - 489 votes
Previous Results
Podcasts
PODCAST | MISSING MATTHEW EPISODE 3: Decades of false starts add to a family's despair