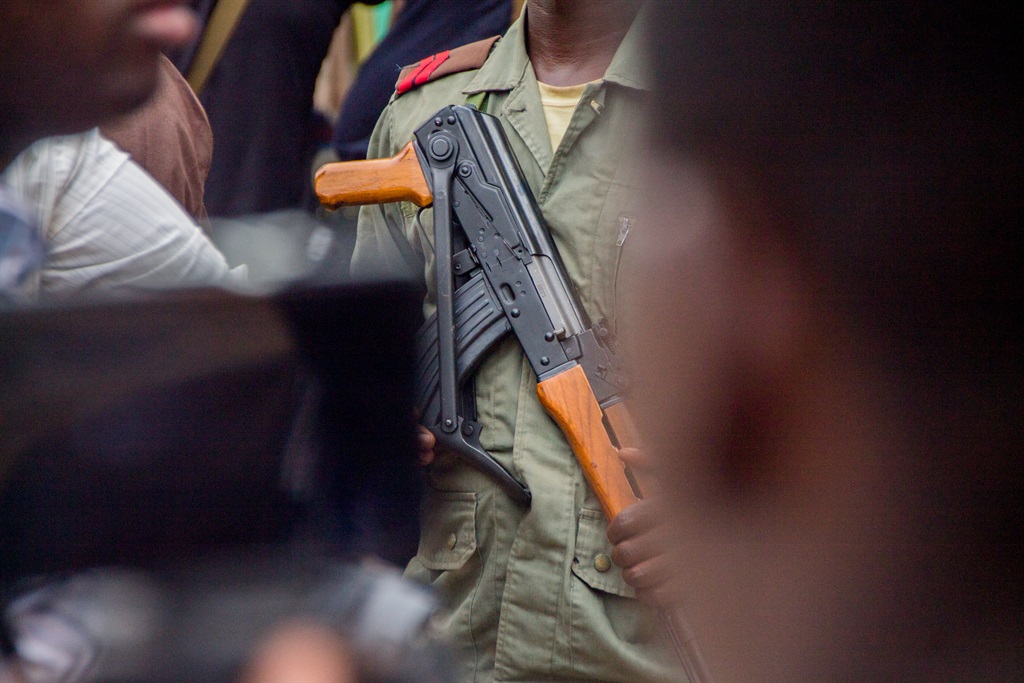 Soldiers patrol near as military arrested Malian president Ibrahim Boubacar Keita is being held in the Kati garrison, which is 15 kilometers from the capital Bamako, Mali on August 19, 2020.(Photo by Stringer/Anadolu Agency via Getty Images)

Three Malian soldiers were killed on Friday when their convoy hit an improvised explosive device near the central town of Hombori, according to security officials.

Six other soldiers were seriously injured in the blast, which occurred when the lead vehicle in the convoy was returning to base after a supply run, said a police official in the regional capital Mopti, who requested anonymity.

A military official, who also requested anonymity, confirmed the death of three soldiers in the road bomb explosion.

Mali has been battling a brutal jihadist insurgency since 2012, when Islamist fighters first emerged during a rebellion by ethnic Tuareg separatists in the north.

France intervened to crush the rebellion, but the jihadists scattered and regrouped, taking their campaign into central Mali in 2015 and then into neighbouring Niger and Burkina Faso.

The ethnic mosaic of central Mali has become of the conflict's bloodiest battlegrounds, where jihadist attacks and sectarian killings are common.

Islamist fighters linked to al-Qaeda or the Islamic State group are active in the Hombori area.

Did you know you can comment on this article? Subscribe to News24 and add your voice to the conversation.
We live in a world where facts and fiction get blurred
In times of uncertainty you need journalism you can trust. For only R75 per month, you have access to a world of in-depth analyses, investigative journalism, top opinions and a range of features. Journalism strengthens democracy. Invest in the future today.
Subscribe to News24
Next on News24
Zambia president suffers dizzy spell at public event

Lucky Sunday for 1 Daily Lotto player
Full list of lottery results
Lockdown For
DAYS
HRS
MINS
Voting Booth
When and why would you have your or your partner's sperm count checked?
Please select an option Oops! Something went wrong, please try again later.
That's an unnecessary procedure
17% - 343 votes
As soon as we decide to start a family
6% - 126 votes
Only if we're struggling to conceive
76% - 1510 votes
Previous Results
Podcasts
PODCAST | The Story: Public Protector Busisiwe Mkhwebane's fate hangs in the balance