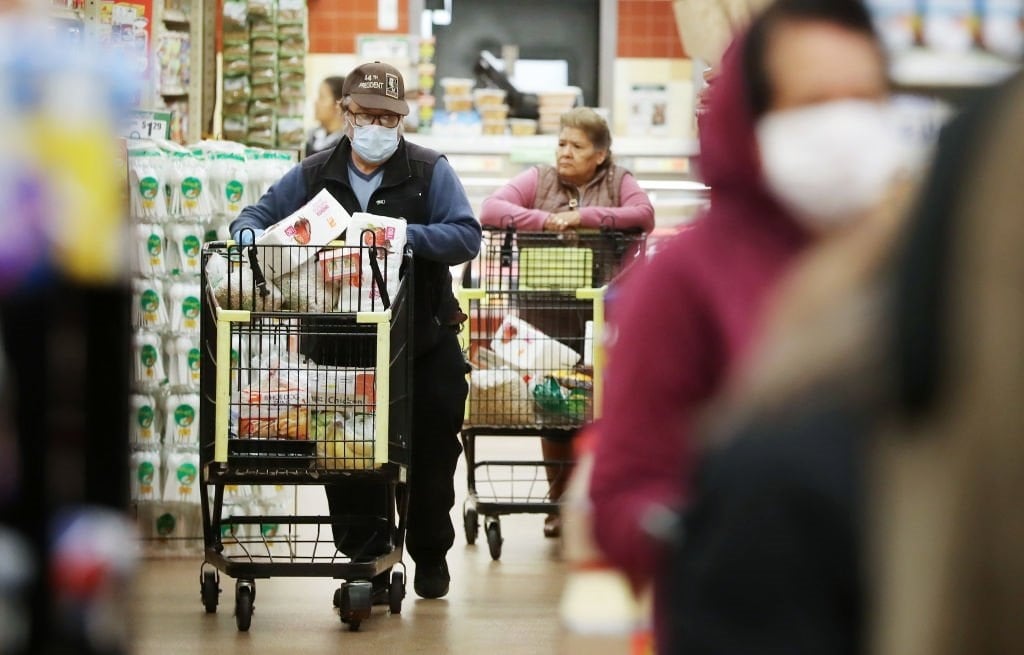 Africa is expected to experience sharp food price increases this month if the war in Ukraine continues.
Getty Images

If the war in Ukraine goes well into May, food prices would likely increase by about 17% with the sharpest hike expected in East, West, and Southern Africa, the Human Rights Watch (HRW) said in its latest report.

The situation was already precarious before the war since poverty rates, climate change, Covid-19, and conflicts such as insurgencies in several countries resulted in healthy diets being out of reach for many.

According to the Food Agriculture Organisation (FAO), in 2020, "... approximately 323.2 million people in Africa, or 29.5 percent of the population, ran out of food or went without eating that year."

Drawing lessons from the last global pandemic, Covid-19, that saw vaccine inequalities with Africa as disadvantaged, the world should come up with an international model for food distribution.

Food exporting governments should carefully balance export restrictions to protect the right to food domestically while minimising to the extent possible impacts on food supply and prices for other countries.

A lesson learned from the 2011 food crisis

"The World Trade Organisation (WTO) estimates that 40 percent of the increase in global wheat prices during the 2011 food crisis resulted from hoarding.

"Importing governments should work to ensure that nutritious food is affordable and accessible to everyone," the HRW said.

The International Labour Organisation (ILO) says by 2020, eight out of 10 Africans were not covered by any form of social protection.

With the situation likely to get worse because of the war, Lena Simet the Senior Researcher and Advocate on Poverty and Inequality at HRW said African governments should immediately have support for climate change adaptation and resilience programmes.

"The war in Ukraine has led to more people across Africa going hungry. Governments should do everything in their power to mitigate the impact of rising food prices and avert a hunger crisis," she said.

With Ukraine and Russia being the biggest wheat exporters, the war has a direct impact on these countrie's wheat needs since it is a staple crop.

In February, Cameroon's association of millers suspended deliveries of flour and wheat bran throughout the country due to the rising price of wheat.

Then in March, the price of bread went up by 40% and the country's National Institute of Statistics attributed it to wheat shortages because of the war in Ukraine.

The government has since advised those that don't have access to wheat bread shift to alternatives such as cassava.

Close to half of its 26 million citizens who consume bread daily no longer have a regular supply, with the government encouraging local substitutes like cassava and yams to replace the wheat usually imported from Russia and Ukraine.

Already due to internal conflict, the country has among the highest number of people experiencing food insecurity. That country's National Bureau of Statistics' Selected Food Price Watch for February says food inflation reached 50% and the war could make things worse.

"In 2021, Russia and Ukraine accounted for 31 percent of wheat imports into Nigeria. The constraints that the war has placed on these supply channels will most likely lead to an increase in the prices of by-products such as bread, which, according to the United States Department of Agriculture, millions of people consume," HRW said.

In February Kenyans took to social media calling for the reduction of food prices. With the war raging in Ukraine, more protests are feared because the country is a net importer of wheat.

"In 2020, Kenya produced 405 thousand tons of wheat and imported 1.9 million tons. The Agriculture and Food Authority of Kenya reported that 90 percent of wheat consumed in the country is imported from Russia and Ukraine," the HRW report highlighted.

Kenya also imports 17% of its fertilizer from Russia. Hence, the upcoming cropping season could be dented and that will result in food insecurity next year.

According to Oxfam, "Kenya has suffered a 70 percent drop in crop production and has declared a national disaster with 3.1 million people in acute hunger, now in need of aid. Nearly half of all households in Kenya are having to borrow food or buy it on credit."