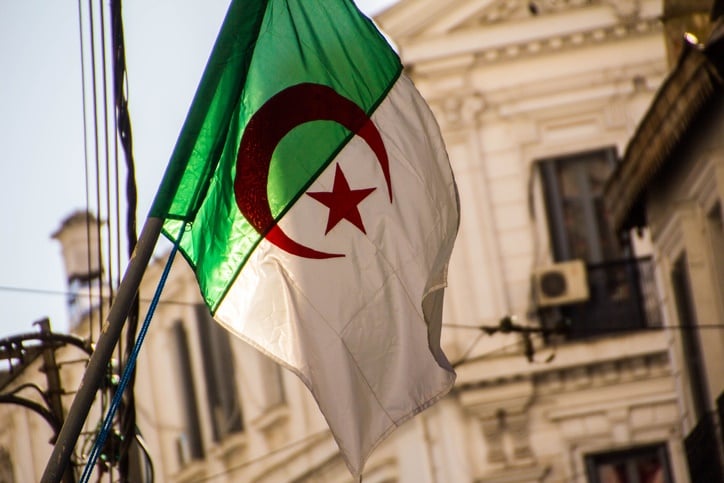 An Algerian rights group Monday decried "escalating repression" ahead of next month's parliamentary election, the latest poll to be boycotted by the country's protest movement.

"By resorting to intensified repression... the regime highlights the failure of its political roadmap and its inability to bring about a solution to the crisis gripping the country," said Said Salhi, vice-president of rights group LADDH.

Sixty-two people were taken into custody on Friday across the country, including nine protesters handed one-year prison terms by a court in Skikda in the northeast.

Algeria's Hirak protest movement first took to the streets in February 2019 to oppose then president Abdelaziz Bouteflika's bid for a fifth term in office.

Two months later, the longtime ruler was forced to step down as rallies swelled into the hundreds of thousands.

The peaceful protest movement has since focused in part on persuading people to boycott national votes, as it seeks a deep overhaul of the country's post-independence political system.

A December 2019 presidential poll - won by Abdelmadjid Tebboune, a former prime minister under Bouteflika - was marred by a low turnout that even official figures put at less than 40 percent.

The legislative polls, set for 12 June, "have already lost all credibility and legitimacy", argued Salhi.

"They are unfolding on the basis of a closed political and media playing field, the closure of public space and the stifling of free speech," he added.

The interior ministry announced on 9 May that protest organisers would need to coordinate with authorities ahead of any planned rallies.

Demonstrations have since been blocked by security forces who have made more and more arrests.

We live in a world where facts and fiction get blurred
In times of uncertainty you need journalism you can trust. For only R75 per month, you have access to a world of in-depth analyses, investigative journalism, top opinions and a range of features. Journalism strengthens democracy. Invest in the future today.
Subscribe to News24
Next on News24
Covid-19: Kenya extends curfew as cases surge

Lekker Friday for two Daily Lotto winners!
Full list of lottery results
Lockdown For
DAYS
HRS
MINS
Voting Booth
Should Covid-19 vaccinations be mandatory for employees in workplaces?
Please select an option Oops! Something went wrong, please try again later.
Yes, it is the responsible thing to do
46% - 3515 votes
No, vaccination should be an individual choice
43% - 3288 votes
No, but those who are unvaccinated should have to work from home
11% - 830 votes
Previous Results
Podcasts
PODCAST | The Story: Why did SA's security agencies fail to avert the looting chaos?