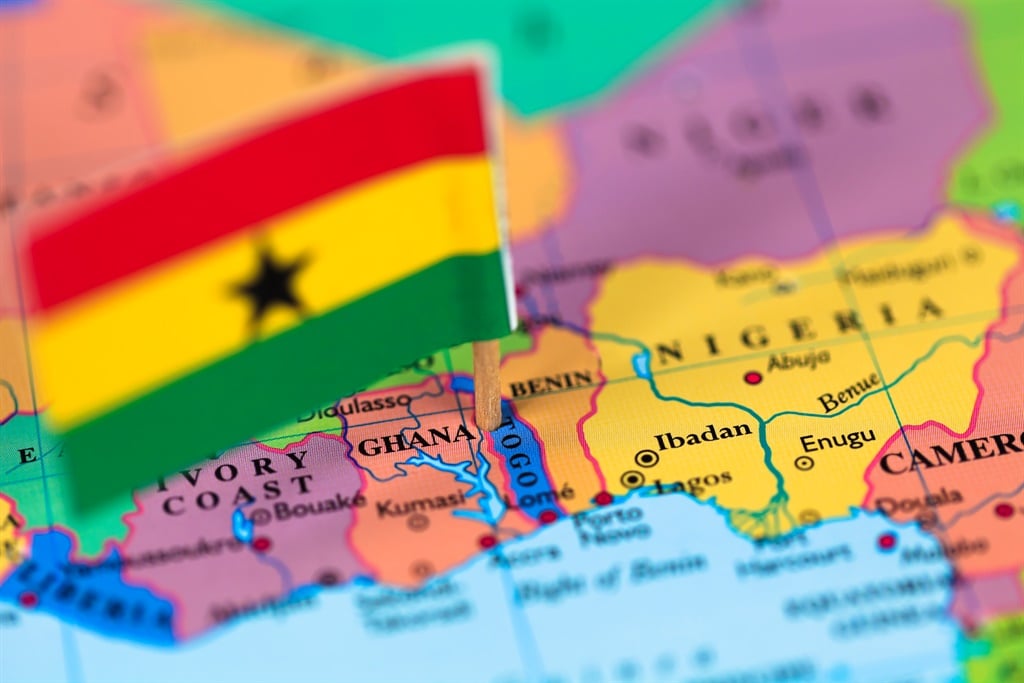 Map and flag of Ghana (iStock)

At least 22 people, including a baby, were killed when an unfinished three-storey building collapsed in eastern Ghana, emergency officials said on Friday.

The accident happened on Tuesday while a church community held a service in the building, which was still under construction, in the town of Akyem Batabi in the Eastern Region, National Disaster Management Organisation (NADMO) official Richard Amo-Yartey said.

A rescue team comprising emergency workers, police, soldiers and firefighters were searching for survivors trapped inside the building.

The number of those missing remained unclear on Friday, while eight injured people had been taken to hospital, according to Amo-Yartey.

Local media reported that more than 60 people were present at the site when the accident took place.

Work on the building had started in 1994.

We live in a world where facts and fiction get blurred
In times of uncertainty you need journalism you can trust. For only R75 per month, you have access to a world of in-depth analyses, investigative journalism, top opinions and a range of features. Journalism strengthens democracy. Invest in the future today.
Subscribe to News24
Related Links
Child labour rising in West Africa cocoa farms despite efforts - report
Ghana's football is back, but borders still closed: president
Ghana health workers warn of potential Covid-19 calamity
Next on News24
Museveni clings on as one of Africa's longest serving leaders

Here are the winning Lotto and Lotto Plus numbers
Full list of lottery results
Lockdown For
DAYS
HRS
MINS
Voting Booth
Will you continue to use WhatsApp following the company announcing a change terms of service which would force users to share personal data?
Please select an option Oops! Something went wrong, please try again later.
Yes, the terms of service do not bother me enough to switch
52% - 6873 votes
No, I will be switching over to a new service
44% - 5883 votes
I've never used WhatsApp
4% - 540 votes
Previous Results
Podcasts
PODCAST | MISSING MATTHEW EPISODE 3: Decades of false starts add to a family's despair