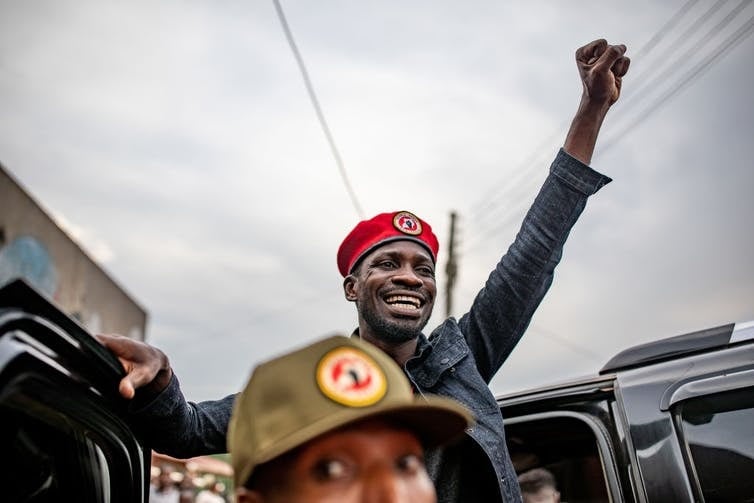 More than 85% of Ugandans have seen no other president in their lifetime, because President Yoweri Museveni has always changed the constitution to stay in power, opposition leader Bobi Wine said at the Geneva Summit for Human Rights and Democracy this week.

The 40-year-old Wine, whose real name is Robert Kyagulanyi Ssentamu, is the most prominent opposition leader in Uganda.

"Museveni rules Uganda with an iron hand, he deploys the military against citizens and even students. Those who oppose him are either imprisoned, tortured or killed," he said.

Wine remembered the day after casting his vote on 14 January as one of the most painful of his life.

"On election day, after casting my ballot, I went home, only to find hundreds of soldiers surrounding my house, and I also learned that the same was happening at our party offices all across the country.

"International authorities challenged the results as fraudulent, not free, and not fair, but I remained under house arrest for the next 11 days," he said.

Since the polls were declared not free and fair by the international community of observers, in his address, Wine called for action to be taken as words alone could not change things.

"The international community already recognised that the 2021 election in Uganda was neither free nor fair. It is important that these words be followed with actions," he said.

He also said that world leaders who give an ear to dictators were enablers of the oppression faced by Africans back home.

"Leaders who tolerate dictators and treat them as legitimate partners are complicit in their crimes. Please do not be partners in crime," he said, adding that they should "stand on the right side of history".

In his closing remarks, he pleaded for world leaders to cut funding and cooperation with Museveni's government. He also called for direct sanctions against Museveni, his key allies in government and military, adding and that they should be tried under international law for human rights abuses.