Botswana wants its place among liberation movements in southern Africa 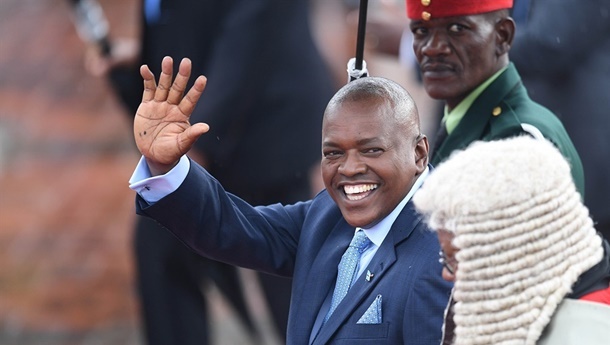 Botswana says it should take its place among liberation movements in southern Africa, despite not getting independence through an armed struggle like many of its neighbours.

President Mokgweetsi Masisi said: "Botswana and her people gave support to the liberation movements in the region, thus becoming a safe transit for many liberation fighters."

Masisi made the comments during Mozambican President Filipe Nyusi's state visit to Botswana, which ends today.

"This is why we had to claim our seat at the liberation movements' table. Yes, we did not bear arms, but we played a significant role in the liberation of southern Africa," Masisi said.

Botswana obtained its independence through the pressure of mass political parties in 1966. Angola, Mozambique, Namibia, South Africa, and Zimbabwe achieved theirs through armed struggle and Botswana was a transit and safe haven for refugees and guerrilla fighters from these countries.

Masisi along with Nyusi on Thursday opened the Samora Machel Museum at Peleng in Lobatse, a town in south-eastern Botswana, 70 km south of the capital Gaborone.

Machel was the first president of Mozambique after the country's independence from Portugal in 1975. Masisi said the museum would also be in honour of the late John Kgaboesele, who was the headman of Peleng township in Lobatse in 1966 and a politician with the Botswana People's Party (BPP).

During his time as a councillor in Lobatse, in the 1960s, Kgaboesele hosted Machel who was a political refugee at the time in Botswana.

About Nyusi's visit to Botswana, Masisi said the aim was to, "strengthen, deepen and consolidate the historical relations of brotherhood, friendship, solidarity, and cooperation that exist between the two countries".

The two countries had elevated relations bilateral relations that would see cooperation in agriculture, defence, justice, arts and culture.