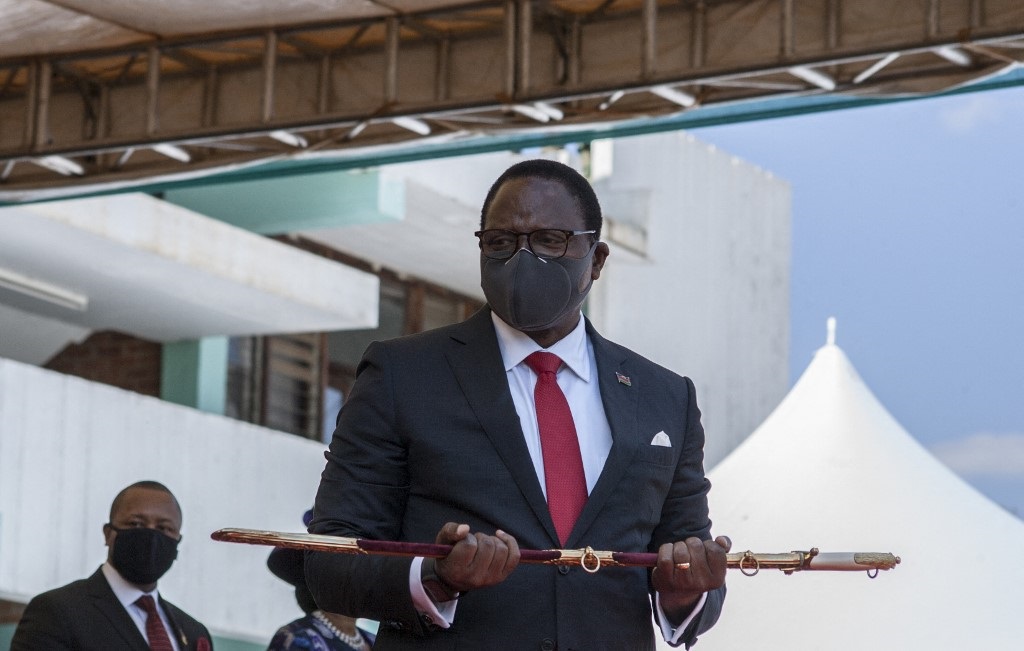 If public opinion is to be considered, Malawian President Lazarus Chakwera is moving in the right direction with his graft fight that has netted the second most powerful politician, his deputy Saulos Chilima.

Chilima appeared in court after his arrest on allegations of corruption related to awarding government contracts to Malawian-born British citizen Zuneth Sattar.

The sixth count relates to failure to make a full report to a police officer or an officer of the Anti-Corruption Bureau (ACB) that an advantage had been corruptly given, which is contrary to Section 36 (1) of the Corrupt Practices Act.

The firms in question are Xaviar Limited and Malachitte FZE. They received contracts from the Malawi Police Service and Malawi Defence Force to supply military equipment and food rations.

Chilima was said to have received US$280 000 (about R4.7 million) "and other items" from Sattar. He was identified along with 83 government officials in a case that could define Chakwera's presidency and corruption fight.

Chilima is the first sitting Malawian vice-president to be arrested. His bail conditions include a ZK1 million (about R16 000) bond, surrendering his passport and only leaving the country with the approval of the court.

He will have to report to the ACB every three months.

Sattar was investigated by the United Kingdom National Crime Agency and was arrested last year. He was later released and has not been charged. His arrest triggered the corruption fight in Malawi.

When Chakwera came into office under the Tonse Alliance with Chilima as his major partner, they both vowed to fight corruption.

In one of his speeches, Chilima said "corruption has the power to rupture a country and its people beyond repair".

In his inauguration speech, Chakwera said Malawi needed rebuilding from "the rubble of corruption".

But with the two in power since 2020, Malawians were not happy this year. According to an Afrobarometer survey, they wanted swift action against corrupt officials.

Under Chakwera's watch, two-thirds (66%) of Malawians said corruption in the country increased over the past year, including 57% who said it increased "a lot", Afrobarometer found.

The Sattar case was the most prominent, and the masses were agitated.

Continuing reports of alleged state capture by influential businesspeople such as Zuneth Sattar, his associate Ashok Kumar Sreedharan, and Abdul Karim Batawalala, along with allegations of corrupt practices by government officials and cabinet ministers, have sparked anger among civil society organisations, and the public and raised questions regarding the government's commitment to uprooting corruption.

The Malawian public overwhelmingly agreed (83%) that cabinet ministers and government officials charged with corruption should be fired immediately, according to Afrobarometer.

Last month, Catholic bishops in Malawi demanded a speedy delivery of justice in corruption cases because of the slow pace at which the ACB was prosecuting cases.

"It was a bold move. We saw it coming when Chakwera trimmed his deputy's duties a few months ago. It's a sign that he listened to the public's outcry," said Newman Phiri, a Malawian political commentator.

"This is one of the biggest scandals in one of the world's poorest countries, and if Chakwera deals with it, he can fancy his chances for a second term."

When Chilima was interrogated at the ACB office in Lilongwe on Friday morning before being taken to court, his supporters were outside the office to show solidarity. They also followed him to court. To them, the politician was being persecuted because of his ambition as the Tonse Alliance was falling apart.

Chilima is a big player in Malawi's politics as the leader of the United Transformation Movement (UTM).

Before the formation of UTM, he served as minister of economic planning and development, as well as head of public sector reforms, a position he also previously held under former president Peter Mutharika. He also served as vice-president under Mutharika.

He's the only Malawian to hold the vice-presidency under two different presidents.

For Chakwera to win in the election run-off, he joined forces with Chilima. But as coalition partners in government, they are two bulls in a kraal. As such, some members of UTM have openly told Chilima to cut ties with Chakwera.

They said UTM was getting a raw deal from the nine-party Tonse Alliance, in which they are the second biggest party.

"We are not respected in this alliance," said Funny Baraba, Blantyre City's deputy mayor.

Malawians will go to the polls in 2025, but the fractured coalition is a recipe for a political crisis. Already, some are calling for Chakwera to step down if he fails to deal with corruption.