DRC police use tear gas on protesters outside parliament 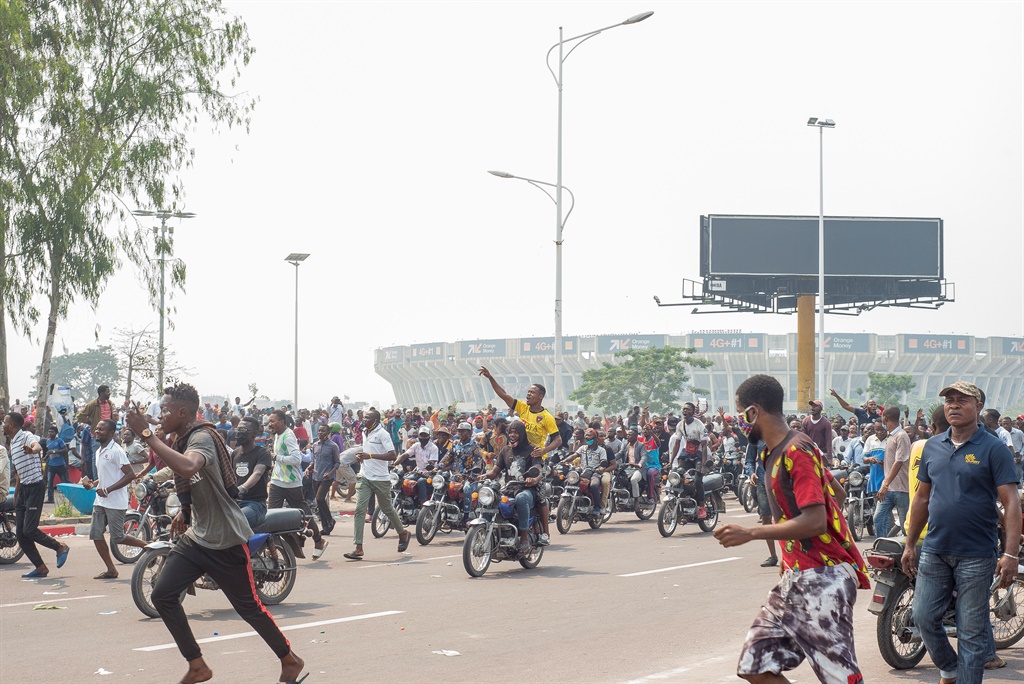 Police in the Democratic Republic of Congo's capital fired tear gas for a second straight day on Wednesday to break up violent protests outside parliament over proposed changes in the judiciary.

The UDPS is in an uneasy coalition with forces close to Tshisekedi's long-serving predecessor Joseph Kabila. Only a third of the government ministers are from the UDPS.

The contested legal changes include proposals to define the powers of judges, which critics say is a ploy to muzzle the judiciary.

The proposals come from the Common Front for Congo (FCC), a coalition close to Kabila, who remains a behind-the-scenes force in national politics.

AFP journalists said some of the protesters hauled MPs out of their cars and attacked the homes of Kabila loyalists.

FCC chief Nehemie Mwilanya on Wednesday warned "those who think they have a monopoly on disorder and violence.

"Careful!" he said. "They must realise that everyone knows how it starts, but not how it ends."

Mwilanya also questioned the "inaction" of the interior minister, who is from Tshisekedi's party, without naming him, saying he failed to understand why some people were following "scorched earth politics".

Former parliament speaker Aubin Minaku, one of the people behind the proposed amendments, said the "aim is to define the authority the justice ministry exercises over the judges."

But Tshisekedi's party on Monday lambasted it as a ploy to "undermine the independence of the judiciary and increase the power of the justice ministry".

The opposition Lamuka coalition also said the proposals would "deal a death blow to the concept of separation of powers."

Separately, four influential grassroots organisations on Wednesday issued a joint statement warning that the country's next presidential elections in 2023 were at risk of "manipulation" because of moves to appoint a new head of the national electoral commission.

The present head of the electoral panel, Corneille Nangaa, whose assets have been frozen by the United States on suspicion of corruption, is stepping down.

The joint statement warned against any attempt by the FCC-dominated parliament to push through Nangaa's successor, and called on the public to oppose "any Machiavellian plan aimed at thrusting us into endless electoral crises."

Their supporters carried out a wave of anti-Kabila protests in late 2017-early 2018 that were bloodily repressed by the regime, leaving around 15 dead.

We live in a world where facts and fiction get blurred
In times of uncertainty you need journalism you can trust. For only R75 per month, you have access to a world of in-depth analyses, investigative journalism, top opinions and a range of features. Journalism strengthens democracy. Invest in the future today.
Subscribe to News24
Related Links
DR Congo court hands top presidential aide 20-year sentence in graft case
Nothing was done 'without the knowledge of the president' - top aide tells DR Congo graft trial
DRC halves budget in blow to Tshisekedi plans
Next on News24
Burkina ex-president Compaore to be tried for predecessor's murder

1 person bags the Daily Lotto jackpot
Full list of lottery results
Lockdown For
DAYS
HRS
MINS
Voting Booth
Would you choose to continue working from home after the coronavirus lockdown if given the option?
Please select an option Oops! Something went wrong, please try again later.
Yes, it's much better for me
40% - 7253 votes
No ways! I can't wait to get back to the office
12% - 2122 votes
A mixture of both would suit me best
48% - 8751 votes
Previous Results
Podcasts
PODCAST | MISSING MATTHEW EPISODE 3: Decades of false starts add to a family's despair