A UN peacekeeper has his shoes cleaned with a chlorine solution before leaving an Ebola treatment centre in Mangina, North Kivu province. (Alexis Huguet, AFP)

Efforts to halt an Ebola epidemic in the Democratic Republic of Congo have made "significant progress", with the virus now contained to a far smaller and mainly rural area, the World Health Organisation (WHO) said on Thursday.

"We have put the virus in the corner," Michael Ryan, the executive director of WHO's Health Emergencies Programme, told reporters in Geneva.

"I believe we have really squeezed the virus into a much smaller geographical area," he said.

Ebola is now essentially only transmitting within an area of eastern DRC between Mambasa, Komanda, Mandima and Beni, he said.

DRC's latest Ebola epidemic, which began in August 2018, has killed 2 144 people, making it the second deadliest outbreak of the virus, after the West Africa pandemic of 2014-2016.

At the height of the latest outbreak, 207 "health zones" were affected by Ebola, a figure that now stands at only 27, Ryan said.

But he stressed that despite a "much lower level of transmission", the danger was not over.

"The fact that it is a smaller space is positive, but ... the disease has moved into more rural and more insecure areas," he warned.

Ebola fighters have been hindered by militia attacks in eastern DRC, as well as by resistance in communities to some of the methods used to rein in the virus.

"Containing a virus is a different prospect than to eliminate that virus from human populations," Ryan said.

"We have significantly contained the virus in a much smaller geographical area," he said. "Now we have to kill the virus."

Much of the controversy surrounding the response has centered on the use of vaccines.

And DRC is preparing to begin introducing a second experimental Ebola vaccine, produced by Johnson & Johnson, to protect those living outside of direct transmission zones.

Ryan said WHO and its partners were talking to communities to explain the differences between the vaccines and say who was entitled to which vaccine and why.

"The two vaccines are complementary. They are designed to do different things in different populations," he said.

The WHO has used a "ring" vaccination approach with the Merck jab, providing it only to the circle of people known to have been in contact with Ebola patients, and their known contacts.

In June, it expanded the access to a "third ring" of people who had possibly had contact with contacts of Ebola patients.

The J&J vaccine, which requires two doses 56 days apart to generate immunity, will meanwhile only be given in a preventative capacity, for instance in large cities to ensure transmission does not begin there.

It "will provide a sort of firewall", Ryan said.

In July, the WHO declared the Ebola epidemic a "public health emergency of international concern", a rare designation used only for the gravest epidemics.

That move came on the heels of an Ebola case in the city of Goma, one of the country's biggest urban centres.

Containing a lethal contagious disease in cities is invariably far more challenging than in rural settings, given the greater task of tracing and isolating people who are at risk.

The WHO is set to convene its Health Regulations Emergency Committee next week to assess whether the emergency designation should still stand. 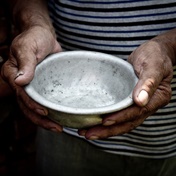 2 bag R172k in the Daily Lotto jackpot
Full list of lottery results
Lockdown For
DAYS
HRS
MINS
Voting Booth
Falling pregnant isn't always as easy as it seems. Did you fall pregnant:
Please select an option Oops! Something went wrong, please try again later.
right away, what a blessing!
52% - 412 votes
after a while, it took a few months
17% - 136 votes
only after a year or more of trying
31% - 246 votes
Previous Results
Podcasts
PODCAST | THE STORY: Will removing statues representing oppression remedy ills of the past?