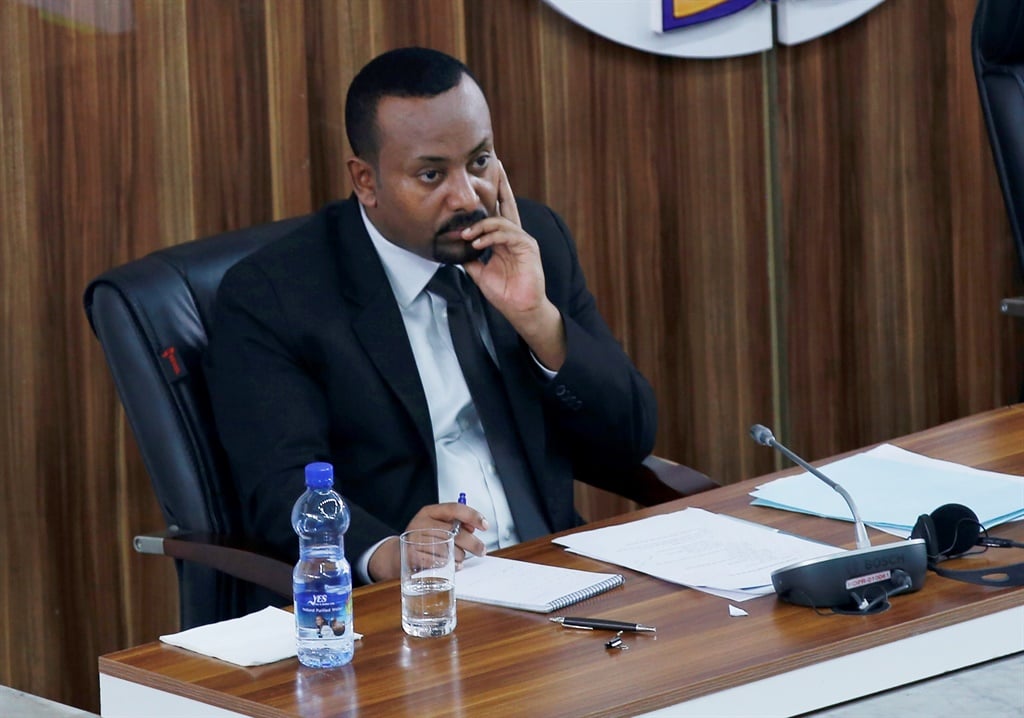 Ethiopian Prime Minister Abiy Ahmed told African Union envoys on Friday he will continue military operations in the restive northern Tigray region, resisting calls for dialogue as his army prepared for what he called a final offensive against regional forces.

Abiy, the winner of last year's Nobel Peace Prize, on Thursday announced a "third and final phase" in his campaign against leaders of the Tigray People's Liberation Front (TPLF).

For more than three weeks now, the two sides have engaged in fierce fighting in Tigray that the International Crisis Group said Friday had left thousands dead "including many civilians as well as security forces".

Global concern is centred on the half a million residents of Mekele, the regional capital, which the army says it has encircled ahead of the threatened attack.

World leaders and human rights groups have warned such a strike could violate rules of war and are calling for urgent mediation.

Pope Francis is among those worried about the intensifying fighting, growing loss of life and displacement, Vatican media head Matteo Bruni said Friday.

Abiy announced military operations in Tigray on 4 November after months of friction between his government and the TPLF, which dominated Ethiopian politics for nearly three decades before Abiy took office in 2018.

The prime minister has refused to negotiate with the TPLF and dismissed calls for dialogue as "interference" in Ethiopia's internal affairs.

On Friday he received at his office in Addis Ababa three African ex-leaders - Joaquim Chissano of Mozambique, Ellen Johnson Sirleaf of Liberia and Kgalema Motlanthe of South Africa - dispatched this week by the AU as mediators.

In a statement issued after their meeting, Abiy said he appreciated "this gesture and... the steadfast commitment this demonstrates to the principle of African solutions to African problems".

Even so, the government has a "constitutionally mandated responsibility to enforce rule of law in the region and across the country," his office said in a statement.

"Failure to do so would further a culture of impunity with devastating cost to the survival of the country," it said.

The Tigrayan government, meanwhile, said Friday the federal army was bombarding towns and villages and inflicting heavy damage, although it did not specifically mention Mekele.

"Our struggle will continue from every direction until the self-determination of the People of Tigray is guaranteed and the invading force is driven out," Tigrayan authorities said in a statement read on regional television.

A communications blackout in Tigray has made it difficult to verify claims from both sides on how the fighting is going.

Hostilities have erupted in a year when the 55-member AU - which is headquartered in Addis Ababa - resolved to play a more prominent role in resolving conflicts across the continent under the slogan "Silencing the Guns".

There was no immediate confirmation of how many rockets were fired, where they landed, and any casualties or damage caused.

The TPLF has accused Ethiopia of enlisting Eritrean military support in the fighting, a charge Ethiopia denies.

The TPLF claimed responsibility for similar strikes on Eritrea two weeks ago, but there was no immediate comment from its leaders Friday.

On the ground in Tigray, it was unclear whether the promised attack on Mekele had begun, or how close federal forces were to the city.

Abiy, who ordered the "final" offensive on TPLF forces in Mekele after the lapsing of a deadline for their surrender earlier this week, said "great care" would be taken to protect civilians and spare the city from severe damage.

The prospect of a full-scale attack accelerated diplomatic efforts this week to resolve the conflict, with the UN Security Council holding its first meeting on Tigray and US and European officials urging restraint.

French Foreign Minister Jean-Yves Le Drian, who met his Ethiopian counterpart Demeke Mekonnen in Paris on Thursday, called for urgent measures to protect civilians as the humanitarian fallout from the crisis worsened across the region.

The UNHCR said Friday that nearly 100 000 Eritrean refugees in Tigray could run out of food as early as Monday if supplies could not reach them.

In eastern Sudan, meanwhile, where more than 40 000 refugees have escaped the fighting in Tigray, local authorities are struggling to meet the sudden surge in demand for food, shelter and other life-saving essentials.

We live in a world where facts and fiction get blurred
In times of uncertainty you need journalism you can trust. For only R75 per month, you have access to a world of in-depth analyses, investigative journalism, top opinions and a range of features. Journalism strengthens democracy. Invest in the future today.
Subscribe to News24
Next on News24
Zim official who called doctors 'medical assassins' after ministers died of Covid-19 apologises

3 scoop the Daily Lotto jackpot
Full list of lottery results
Lockdown For
DAYS
HRS
MINS
Voting Booth
How has the delay in schools' opening impacted your life?
Please select an option Oops! Something went wrong, please try again later.
It's a disaster! We're struggling to manage work and kids at home
41% - 2178 votes
It's a struggle, but we learnt lessons from last year's closures
20% - 1039 votes
It's a relief, this second wave is bad and kids need to be at home
39% - 2075 votes
Previous Results
Podcasts
PODCAST | MISSING MATTHEW EPISODE 3: Decades of false starts add to a family's despair