The UN says African countries should diversify their economies.
iStock

The majority of African economies (83%) rely on commodities – mainly cocoa, copper, gold, and oil – leaving them vulnerable to shocks such as pandemics and wars.

As such, the continent should not neglect the transformative role of high knowledge-intensive services, like information and communications technology services and financial services, according to the UN Conference on Trade and Development (UNCTAD) in its latest report titled "Rethinking the Foundations of Export Diversification in Africa".

The 153-page report highlights the following:

African countries should diversify their exports to cushion against shocks such as the most recent Covid-19 pandemic.

Not only did Covid-19 negatively impact most African economies, it also led to about 58 million more Africans being exposed to the reality of sliding into poverty.

It said this was "37 million people more than what was projected without the pandemic".

Thus, the report said the figure could rise, considering the war in Ukraine that had negatively affected food security and production in Africa.

The report attributed the continent's poor position to long-term commodity dependence because once the world found itself in turmoil, Africa invariably suffered.

UNCTAD said 45 out of 54 African economies relied on exports of perishable or volatile primary goods. Twelve of those countries export oil, natural gas and/or coal.

The report added that 16 countries depended on mining, with major resources being gold, copper, and iron ore, while 17 are centred on agrarian products such as cotton, tea, coffee, and cocoa. 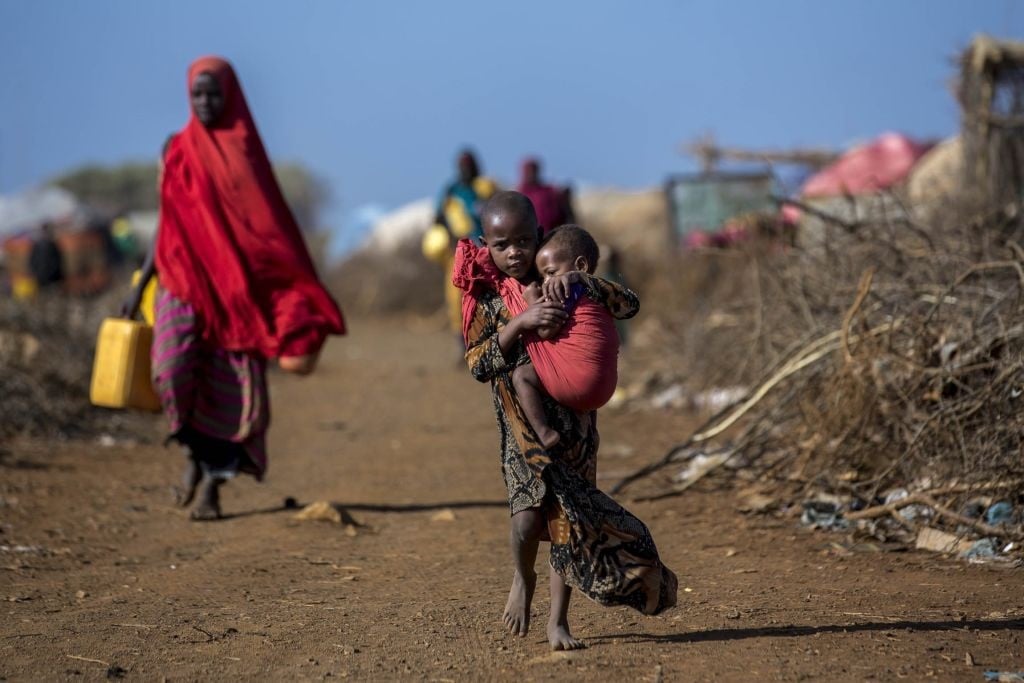 A group of Democratic Republic of Congo asylum-seekers carry their belongings at the Bunagana border point in Uganda on 10 November 2021.
AFP Badru Katumba, AFP

When prices, which are hinged on supply and demand, drop due to global shocks, government revenues are affected.

The ripple effects of this are felt by the general populace and in some cases, it can result in political instability, hunger, poor service delivery, and even outright poverty because of job losses.

What could be the answer?

The report suggested service providers could rescue Africa, but herein lies the problem, services account for 17% of the continent's export income.

The major services are travel, tourism and transport. A herd boy walks toward the carcass of a cow and calf that belonged to his employer on a nearby pasture strewn with goat and sheep carcasses suspected to have succumbed to sudden change in climate, in Huri Hills, North-Horr constituency of Marsabit county.
AFP Tony Karumba, AFP A man stands next a dead cow in the village of Hargududo, 80km from the city of Gode, Ethiopia, on 7 April 2022.
AFP Eduardo Soteras, AFP

Thus, a lot should be done to strengthen financial services and information technology to improve on tourism. One of the major ways around it is to take advantage of the potential of tech start-ups on the continent.

The report recommended African governments should also improve linkages between the service sector and manufacturing.

In a statement, UNCTAD said "leveraging high knowledge-intensive services to increase productivity and improve competitiveness in the private sector will be key to achieving higher value-added diversification and growth under the African Continental Free Trade Area".