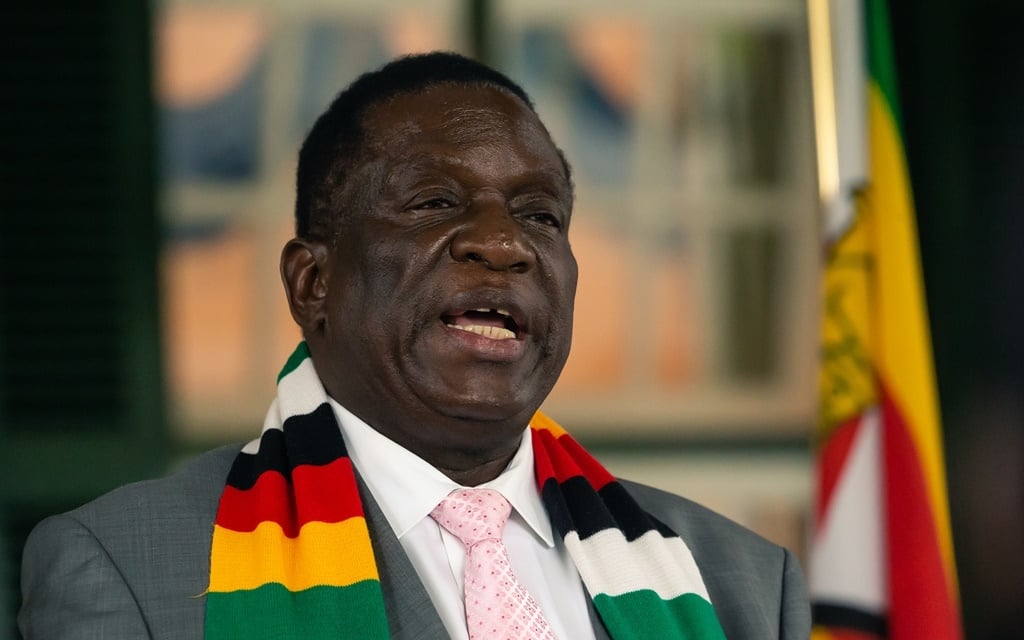 In 2003, then-president of Zimbabwe Robert Mugabe withdrew his country from the Commonwealth a year after it was suspended.

Mugabe, a British Knight Grand Cross at the time, withdrew Zimbabwe after it was suspended for breaching the Harare Declaration arrived at by the Commonwealth in 1991 when Mugabe hosted the 12th Commonwealth Heads of Government Meeting.

The Harare Declaration set out the Commonwealth's principles and values.

Today, however, his successor through a coup and one-time blue-eyed ally, President Emmerson Mnangagwa, wants Zimbabwe back in.

After the November 2017 coup that had goodwill from the international community that wanted to see the end of Mugabe's reign and whose major highlight was the chaotic land reform that saw more than 4 000 white commercial farmers lose land including those covered by Bilateral Investment Protection and Promotion Agreements, Mnangagwa's to-do list had the Commonwealth question.

His job was simple, doing the opposite of Mugabe. Respect for human rights, democracy, and rule of law and property rights foster the promotion of independent and strong institutions.

Asked by journalists about his new role, the first post-coup foreign affairs minister - late army Brigadier Sibusiso Moyo - said he was there to "re-engage and reintegrate" Zimbabwe into the international community.

Since then, a team from the Commonwealth has twice been to Zimbabwe for reviews.

They will be meeting various stakeholders until Thursday.

Zimbabwe's foreign affairs and international trade minister, Fredrick Shava, in his welcome speech to the Commonwealth team in Harare said since the team's last visit, Zimbabwe had made strides towards meeting the set requirements.

Since the last Commonwealth Assessment Mission in July 2019, government has made significant strides in the implementation of our reform agenda, as well as in meeting the five expectations that are critical to our readmission into the Commonwealth.

Shava said Zimbabwe's readmission drive was centred on the country's vision to achieve an upper-middle income society by 2030.

"Vision 2030 prioritises the reorientation of the country towards democratisation; respect for human and property rights; freedom of expression and association; the rule of law as well as addressing economic challenges," he added.

But the Commonwealth team arrived in the country when political temperatures were on the rise. One of the foremost free speech ambassadors, Job Sikhala of the Citizens Coalition for Change (CCC), is in prison over a political matter.

Denied bail six times and having spent more than 160 days in prison, Sikhala, along with 14 other Nyatsime residents, is being held over a case involving political violence.

However, one of the co-accused, Godfrey Sithole a CCC parliamentarian, was released on bail on the eve of the arrival of the Commonwealth team.

But Shava insisted the "government has made tremendous strides in enhancing civil and political rights of its citizens".

"Although Commonwealth heads have not set out any rejoining criteria, it is expected that a country would demonstrate that it continues to uphold the principles and values of the Commonwealth that it espoused when it first joined," the Commonwealth said in its frequently asked questions section.

Shava's pitch ended with: "It is, therefore, Zimbabwe's hope that our interest to rejoin the Commonwealth will be considered on its merits, taking into consideration the tremendous progress that has been achieved to date. We look forward to fruitful discussions and a favourable outcome of our deliberations, which should take us to the next stage in the membership process."

The rejoining process is a four-stage exercise, whereby firstly there is an informal assessment undertaken by the secretary-general following an expression of interest by an aspirant country.

Then consultation by the secretary-general with member states followed by an invitation to the interested country to make a formal application.

Last, a formal application presenting evidence of the functioning of democratic processes and popular support in that country for joining the Commonwealth.

Benefits of joining the Commonwealth

The Commonwealth was founded in 1926 and is one of the world's largest political organisations. It is made up of 56 countries spread across six continents.

Originally, it was made up of former British colonies but the last four countries to join the Commonwealth - Rwanda, Mozambique, Gabon, and Togo - have no historical ties to the British Empire.

Commonwealth member countries benefit from belonging to a mutually supportive community of independent and sovereign states, which is supported by over 80 Commonwealth organisations.

The Commonwealth Secretariat, founded in 1965, assists member countries in their efforts to achieve development, democracy, and peace.

The group champions young people and a voice for small and vulnerable states.

The Commonwealth contributes to the growth of economies and trade, the empowerment of young people, and the addressing of threats such as climate change, debt, and inequality.