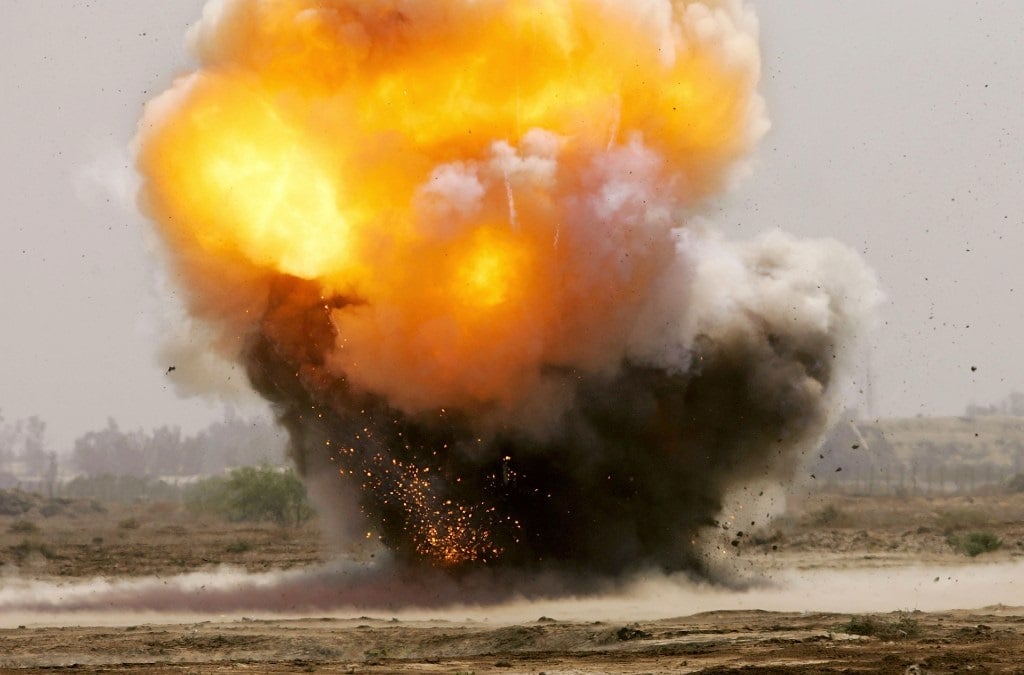 The roadside bomb went off as a car drove by in the region of Tebessa, the ministry said in a statement.

"Five citizens died and three others were wounded when a homemade bomb exploded as their car drove in Oueid Khenig-Roum, near the district of Telidjane in Tebessa prefecture," it said.

It gave no other details on the attack itself.

The same statement did note that a jihadist was killed by troops in the neighbouring region of Khenchela, but it was not immediately clear if the two incidents were related.

"Following an ambush in Oued Boudekhane... in Khenchela prefecture, a detachment of the People's National Armed Forces shot dead... a dangerous terrorist," the statement said.

A machine gun, ammunition, and cell phones as well as a radio transmitter were recovered during the operation, the defence ministry said, adding that the operation was still ongoing.

Algerian authorities use the term "terrorist" to describe armed Islamists who have been active in the country since the early 1990s.

Between 1992 and 2002, a civil war pitting the army against multiple Islamist and jihadist groups left an estimated 200 000 people dead.

A 2005 Charter for Peace and Reconciliation was supposed to have turned the page on the conflict, but jihadist groups continue to carry out sporadic operations.

Earlier this month, the ministry said six jihadists and three Algerian soldiers were killed over two days in separate clashes in the west of the country.

And in December, a clash in the Jijel region east of Algiers killed an army staff sergeant and three suspected jihadists. The army later announced it had captured a "dangerous terrorist".

Official media also said late last year that the army had foiled a planned redeployment by Al-Qaeda in the Islamic Maghreb (AQIM), following the death of their leader.

AQIM's leader Abdelmalek Droukdel was killed in June by French forces in northern Mali, but was replaced in November by Abu Obaida Yusuf al-Annabi, a well-known AQIM veteran and Algerian national.

Over the course of last year, 21 Islamist militants were killed, nine were captured and seven surrendered during Algerian army operations, the military said in a tally published earlier this month.

Did you know you can comment on this article? Subscribe to News24 and add your voice to the conversation.
We live in a world where facts and fiction get blurred
In times of uncertainty you need journalism you can trust. For 14 free days, you can have access to a world of in-depth analyses, investigative journalism, top opinions and a range of features. Journalism strengthens democracy. Invest in the future today. Thereafter you will be billed R75 per month. You can cancel anytime and if you cancel within 14 days you won't be billed.
Subscribe to News24
Related Links
Algeria’s ex-PM admits selling gold bars from Gulf donors on black market
Algeria seizes nearly $100 000 militants' ransom cash
Algerian state tightens screws on online media
Next on News24
WATCH | All the latest news videos from around Africa