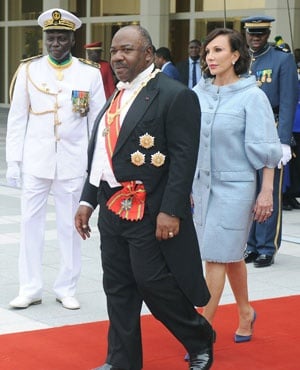 Libreville - Anomalies during Gabon's disputed presidential election "call into question" the outcome of the August vote which saw Ali Bongo reelected, a final report by EU observers said on Monday.

Bongo won by a slim margin of around 6 000 votes, sparking two days of rioting and protests that left at least three people dead and saw more than 800 arrested in the oil-rich central African nation.

But his victory was roundly rejected by rival Jean Ping who demanded a recount in a move scotched by Gabon's top court.

At the time, the EU mission said it had observed "anomalies" during the vote count, notably in Bongo's stronghold of Haut-Ogooue, and its doubts were confirmed in the observers' report.

"These anomalies call into question the integrity of the process of consolidating the results and the final result of the election," said the study conducted by the European Union's Election Observer Mission (EU EOM) in Gabon.

Ping, a career diplomat and a former top official at the African Union, had asked for a recount in Haut-Ogooue where Bongo was said to have won more than 95% of the vote on a turnout of more than 99%.

"It must be stated that the results of this province reversed the trend noted by the mission on the basis of results announced by governors of the eight other provinces in the country," the observers said.

Raising questions about the participation rate, the study noted that the nationwide turnout figure figure, not including Haut-Ogooue, stood at 54.24%.

"The number of abstentions, blank ballots and spoilt ballots in just one of the province's 15 local elections committees was higher than the figure for the whole province," it said.

"This observation raises questions about the integrity of the results from the province" and thus for the overall result of the election, it added.

The mission again expressed regret over the verdict reached by Gabon's top court in September which dismissed Ping's appeal for a recount based on anomalies in Haut-Ogooue, officially confirming Bongo's victory.

An initial report by the observers expressing concern about the vote sparked an angry reaction from the Gabonese government, with a spokesman saying the mission was "neither neutral nor impartial".

In October, a French newspaper published a report saying the the 73-strong European observer team had been wiretapped by Gabonese intelligence.

We live in a world where facts and fiction get blurred
In times of uncertainty you need journalism you can trust. For only R75 per month, you have access to a world of in-depth analyses, investigative journalism, top opinions and a range of features. Journalism strengthens democracy. Invest in the future today.
Subscribe to News24
Related Links
Gabon delays parliamentary poll, citing 'force majeur'
Returning Gabon opposition chief still claims he won
Gabon: No sign in sight of a family dynasty being displaced
Next on News24
eSwatini youth stage rare rural protest against monarchy

R446k for one Daily Lotto winner!
Full list of lottery results
Lockdown For
DAYS
HRS
MINS
Voting Booth
When and why would you have your or your partner's sperm count checked?
Please select an option Oops! Something went wrong, please try again later.
That's an unnecessary procedure
17% - 978 votes
As soon as we decide to start a family
7% - 437 votes
Only if we're struggling to conceive
76% - 4499 votes
Previous Results
Podcasts
PODCAST | The Story: Racism rife in South African schools