Human toes trade in Zimbabwe a hoax, but prosecution for importing sex toys is not 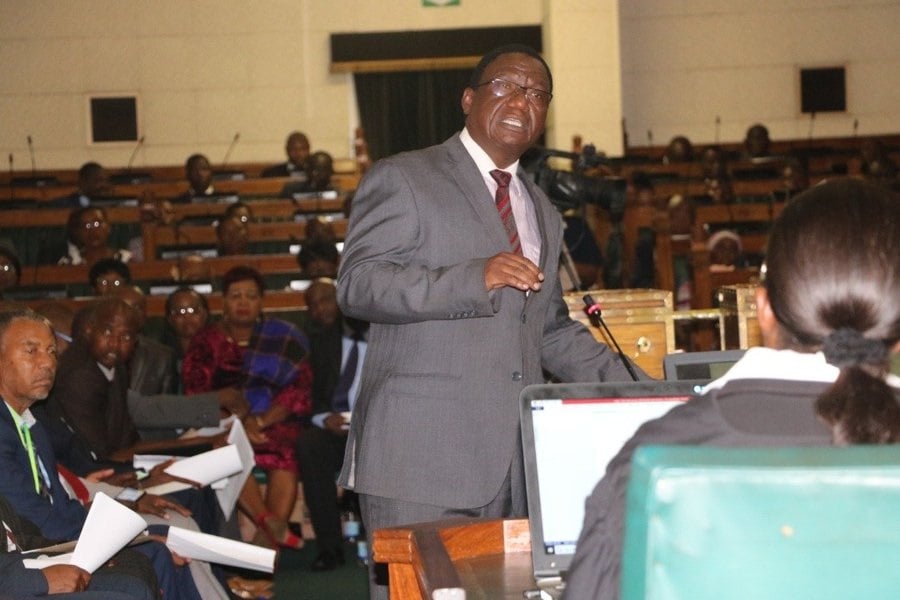 Kindness Paradza, deputy minister of information says it is a hoax that human toes are bought in Zimbabwe. (Twitter, @ParliamentZim)

Claims that human toes are being bought and sold in Zimbabwe are a hoax, but facing prosecution for importing and selling sex toys is not.

Since Monday, social media has been awash with claims that there was a market for human toes in the country.

The reports said one could make as much as R640 000 for the body part.

The Zimbabwean government has investigated the claims and discovered they were a hoax.

"As government, we did research on the issue and we realised that it is false," said the deputy minister of information, Kindness Paradza.

The rumour mill indicated dealers in the capital, Harare, made money by selling human toes to buyers who needed them for ritual purposes.

It all began with a man who jokingly posted a video on social media saying he had sold his baby toe and bought a Toyota Hilux DG6 truck.

In the video, the man is seen getting into the car and telling the public to sell their toes if they wanted riches.

However, the joke was taken seriously elsewhere in Africa and the deputy information minister said "these are social media reports aimed at tarnishing the image of the country".

With Zimbabwe's economy being largely informal, many people survive on dealing, buying, and selling their wares.

One enterprising woman, Ayanda Unity Mponda, found herself on the wrong side of the law, spending 15 days in prison for allegedly selling sex toys.

The importation of the toys into the country was prohibited under Section 47(1)(b and c) of the Customs and Excise Act.

These sections prohibit the importation into Zimbabwe of goods which are described as "indecent, obscene or objectionable", or any goods "which might tend to deprave the morals of the inhabitants, or any class of the inhabitants of Zimbabwe".

On Monday, Mponda was released on Z$30 000 [R1 600] bail by the High Court after the lower courts refused to grant her bail a fortnight before, in a case where she faces allegations of smuggling sex toys and exposing minors to pornographic content.

She used to advertise her business on social media platforms.

Monda drew the attention of law enforcement agents when a woman claimed her 12-year-old daughter stole US$1 000 [R15 500] from her home and bought a sex toy from Mponda.

She is not the first to try her hand in the sex toy business.

In 2016, the daughter of Zimbabwean tycoon Philip Chiyangwa, Stephanie Chiyangwa, returned home from the UK and sold sex toys.

She, however, dropped the business "after questions were raised over its questionable Christian morals", she told the UK's Mail Online at the time.

Another Zimbabwean businessman, Ameerh Naran, tried to introduce Good Vibrations, a sex toy company and spent three years lobbying the government to change its laws around sex toys but with little success.
The News24 Africa Desk is supported by the Hanns Seidel Foundation. The stories produced through the Africa Desk and the opinions and statements that may be contained herein do not reflect those of the Hanns Seidel Foundation.