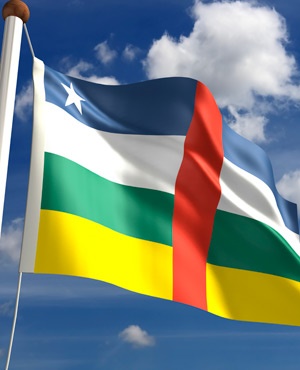 The teenager now had a baby from the Ugandan soldier.

She claimed that she had been sent to a nearby market place when she was attacked by the soldier.

"My mother sent me to the market to buy something. On the way, a Ugandan soldier grabbed me. He dragged me to a nearby lodge [hotel] and raped me," the girl was quoted as saying.

Another 14-year-old said she was also sexually attacked by yet another Ugandan soldier on her way to the fields.

"I was going to the field to work and on my way, I was grabbed by a Ugandan. He was violent, he attacked me and he raped me. When I think about this, it hurts me. I didn't expect it at all.

"If I had a knife or machete I would have tried to attack him," Marie was quoted as saying.

According to reports, the Uganda People's Defence Forces (UPDF), were stationed in Obo, in the far south-west of the CAR to hunt down members of the Lord's Resistance Army (LRA) rebel group.

In 2015 France was forced to investigate allegations that its peacekeepers were sexually abusing children in the central African country. This came after a leaked UN report said that victims as young as eight were raped in exchange for food and money.

At least 14 French soldiers were reportedly suspected of being involved.

The UN said at the time that more than 100 girls and women had come forward with sexual abuse accusations against international troops in that country.

However, lack of evidence regarding the allegation resulted on the French authorities dropping the cases, said the report.

We live in a world where facts and fiction get blurred
In times of uncertainty you need journalism you can trust. For only R75 per month, you have access to a world of in-depth analyses, investigative journalism, top opinions and a range of features. Journalism strengthens democracy. Invest in the future today.
Subscribe to News24
Related Links
French priest jailed over child abuse in Central Africa
In Central African Republic, 'impunity on staggering scale'
No charges in inquiry of child sex abuse by French troops in CAR
Next on News24
Zambia president suffers dizzy spell at public event