Fifty-seven former hostages of a rebel group in eastern Democratic Republic of Congo, some young women used as sex slaves, were reunited with their families Saturday, AFP correspondents saw.

They were freed last weekend after a large-scale Congolese-Ugandan military operation allowed them to escape the Allied Democratic Forces (ADF), one of dozens of armed groups in the volatile region.

The Ugandan and Congolese armies have led an offensive against the ADF in the eastern provinces of North Kivu and Ituri for more than a year.

The former hostages, mostly women, were reunited with their families during a ceremony in Beni territory in North Kivu.

"Some were killed, others are still there," she told AFP.

I was raped every day by a man they chose for me as a husband. It was that or death.

Euphrasie, 15, whose real identity is also being protected, was kidnapped in a hospital in nearby Lume. The rebels tied her up and carried her off.

"After three weeks, they gave me the commander as a husband, a Tanzanian called Tsalamana," she said as she saw her family again.

A grateful and emotional Jeff Manyama, whose 22-year-old daughter was also seized in the hospital raid, told AFP he was "living in despair, the mother killed, the child taken away".

Another father, Fredy Kuko, also expressed his thankfulness after his daughter was seized in a field in June 2020 aged 12.

"We had no hope of seeing her again," he said. 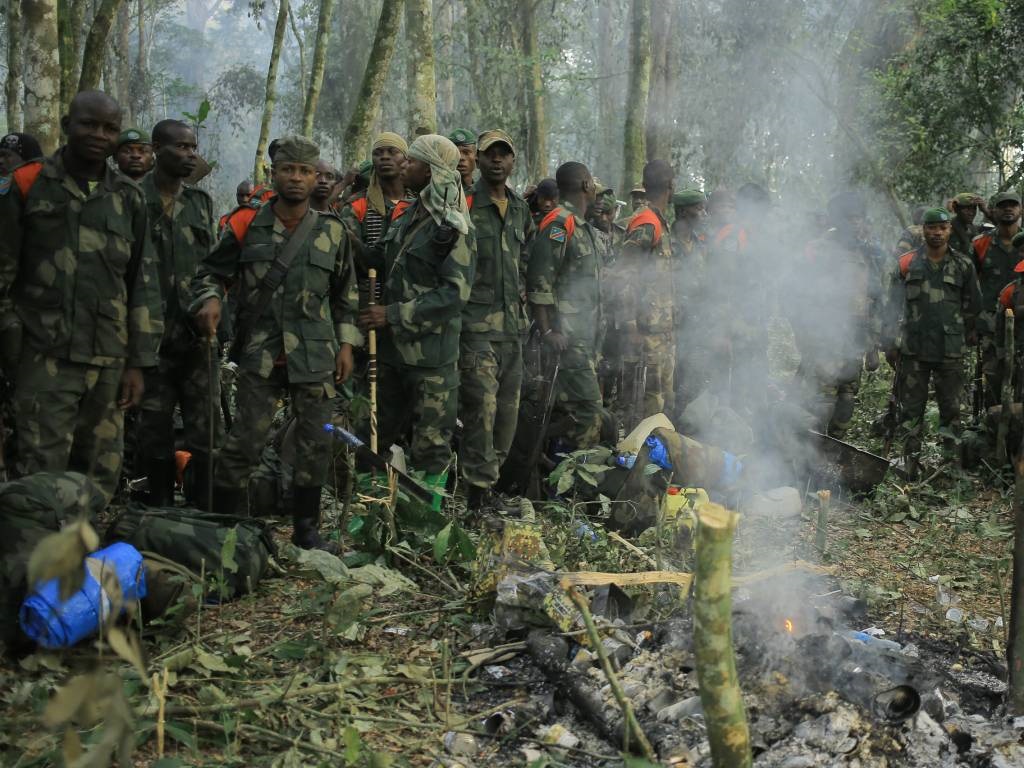 Soldiers with the FARDC (Armed Forces of the Democratic Republic of Congo) gather before their deployment to track down Allied Democratic Forces (ADF) rebels in the Virunga National Park.
AFP Sébastien Kitsa Musayi, AFP

The ADF, presented by the Islamic State group as its Central African affiliate, have been accused of massacring civilians in eastern Congo and carrying out attacks in neighbouring Uganda.

Mineral-rich eastern DR Congo has been the scene of fighting between government troops, a host of militia groups and even soldiers from neighbouring countries for three decades.