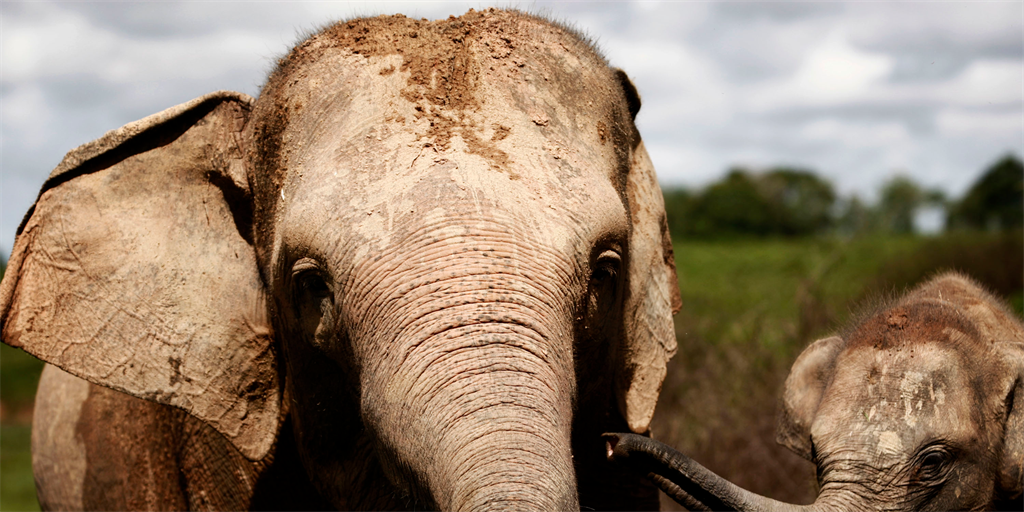 In the middle of June, armed with a pellet gun, Ngakaemang Ray Chombo found an elephant rustling about his farm in Tutume, a village on Botswana's eastern borderland, 50km from Zimbabwe.

Witnesses say the 78-year-old former wildlife ranger fired several shots to scare the animal away, but the wounded elephant charged and mauled Chombo to death.

"The elephant was shot several times, but it ran away and came back. When he shot the last bullet, the elephant came, we could no longer do anything to protect ourselves," said Julius Chiabeswahu, Chombo's friend who was with him that night, and now fears that an elephant will invade his field.

"Elephants are not good, they ruin people's fields and pastures. It destroyed the irrigation system which Chombo had just put in and no matter how we tried to chase it, it would keep coming back. What if it comes to my field, how will I defend myself? The government has to do its best to help us with this problem, it's a terrible situation."

Botswana haslifted a ban on elephant hunting, which was imposed in 2014, citing the challenges faced by small-scale farmers by a growing elephant population.

Home to Africa's largest herd of 130 000, Botswana is famed as the continent's last safe haven for the world's largest mammals, but that could change as President Mokgweetsi Masisi's administration rolls out its controversial policy, aimed at reducing human-wildlife conflict.

The idea is that allowing hunting will reduce risk to humans, essentially by reducing the population of elephants.

But Cyril Taolo, the deputy director of the department of national parks and wildlife, explained that population control wouldn't work.

He said as elephants move into areas where people are not accustomed to dealing with them, they pose great danger.

"This is one of the reasons why we have seen an escalation in human-elephant conflict.

In the midst of a long-running drought, farmers are selling or slaughtering cows to preserve limited water reserves, reducing the total cattle population from 2.5 million in 2011 to 1.7 million in 2015.

But thirsty wildlife herds continue to wander into areas inhabited by people.

At Chombo's burial in Rakops, his rural home, a small herd of elephants walk along thorny grassland between cattle heading towards a river as his coffin lay over the grave-pit.

Villagers say in the dry season, elephants often trudge through this rural hamlet in search of water.

In recent years, increasing competition for resources between livestock and wildlife has led to more human-elephant interactions across Botswana.

In Bobirwa, in Semolale district near the eastern resort town of Maun, the Sebudubudu family is in mourning.

Last month, Balisi Sebudubudu, 38, was sent to fetch a cow for slaughter during his younger brother's funeral, but tragedy struck en route when Sebudubudu was mauled by an elephant.

"We failed to dignify the burial of my nephew … because we were busy preparing for the burial of his younger brother, when all of a sudden this thing happened and he was just buried like a cat," said David Sebudubudu, Balisi's uncle. "If I had money I'd buy four, five or eight rifles and demolish them, you can't compare the life of a human being with that of an elephant."

The government compensated the family with 85 000 Pula ($8 042). Sebudubudu believes hunting might be a deterrent to prevent more fatal attacks.

When President Masisi tweeted his condolences to the Sebudubudus, he faced a backlash from Western celebrities and animal lovers who condemned lifting the hunting ban.

Masisi dismissed the backlash as privileged criticism which ignores the plight of Botswana's villagers.

Because the hunting ban has been suspended, Botswana, which depends heavily on wildlife-based tourism, is faced with the threat of a tourism boycott.

Edwin Tambara, a manager at the African Wildlife Foundation (AWF), backs a broad, sustainable approach to ensure communities can live in a shared habitat with wildlife.

"Conservation interventions are broadly experimental and outcomes unpredictable. It is against this background that any response, in particular, trophy hunting, has to be applied with the most considerable caution and systems in place for monitoring and transparency to allow for learning and adaptation," he told Al Jazeera by email.

The case of the Sebudubudus, who lost two family members to elephant attacks, was highlighted by the president.

Renown conservationist Mike Chase, director of Elephants Without Borders (EWB), is sympathetic to the danger elephants pose, but blamed other factors including how Botswana secures animal enclosures.

"Vet fences are effective barriers to elephant movements, but many of them have not been maintained and long stretches are broken giving elephants access to new areas," he said.

"In all likelihood, the reintroduction of trophy hunting will have no impact on any of these factors."

The NGO alleged they had been poached, but the government refuted the claim saying that according to a survey by the Department of National Parks and Wildlife, only 53 had died and most due to natural causes.

Chase stands by his allegation and, along with other researchers, is concerned about increased poaching in recent years, which has gone up by nearly 600 percent.

For his part, President Masisi urges people to "understand the local context". Ontebaganye Ngoma, a 10-year-old boy, narrowly survived an elephant attack in Gumare, a rural village near the Okavango Delta, a scenic wetland home to a variety of endangered species.

One afternoon, Ngoma and his grandmother were looking for firewood. An elephant scooped him up and squeezed the boy with its trunk. His grandmother, Shimwe, screamed and waved her brightly coloured leteise, a traditional cloth, at the grey giant.

'I hope they won't come near us'

Distracted by the bright colours and a couple of noisy neighbourhood dogs, the elephant threw Ngoma down and lunged for his grandmother's leteise.

The boy's leg was broken and he was bruised.

"I was so scared that day, but I thank God that my grandson was saved. I don't know if we will be safe. I've lived in Gumare for a long time, but we wouldn't normally see elephants in the village, people would be attacked near the river, but now they are coming to the people, it's scary," Shimwe told Al Jazeera.

As Botswana heads into hotter, even drier months of the El Nino-induced drought, the country's wildlife could trudge through more habitats in search for water, increasing the risk of conflict.

"I hope they won't come near us again," said Shimwe

We live in a world where facts and fiction get blurred
In times of uncertainty you need journalism you can trust. For only R75 per month, you have access to a world of in-depth analyses, investigative journalism, top opinions and a range of features. Journalism strengthens democracy. Invest in the future today.
Subscribe to News24
Related Links
500 endangered vultures die in Botswana after eating poisoned elephants
Botswana lifts ban on elephant hunting
After elephant killings, Botswana mulls lifting hunting ban
Next on News24
Covid curfew fuels fear of rape in DR Congo's economic capital

3 scoop the Daily Lotto jackpot
Full list of lottery results
Lockdown For
DAYS
HRS
MINS
Voting Booth
How has the delay in schools' opening impacted your life?
Please select an option Oops! Something went wrong, please try again later.
It's a disaster! We're struggling to manage work and kids at home
39% - 613 votes
It's a struggle, but we learnt lessons from last year's closures
20% - 313 votes
It's a relief, this second wave is bad and kids need to be at home
41% - 639 votes
Previous Results
Podcasts
PODCAST | MISSING MATTHEW EPISODE 3: Decades of false starts add to a family's despair